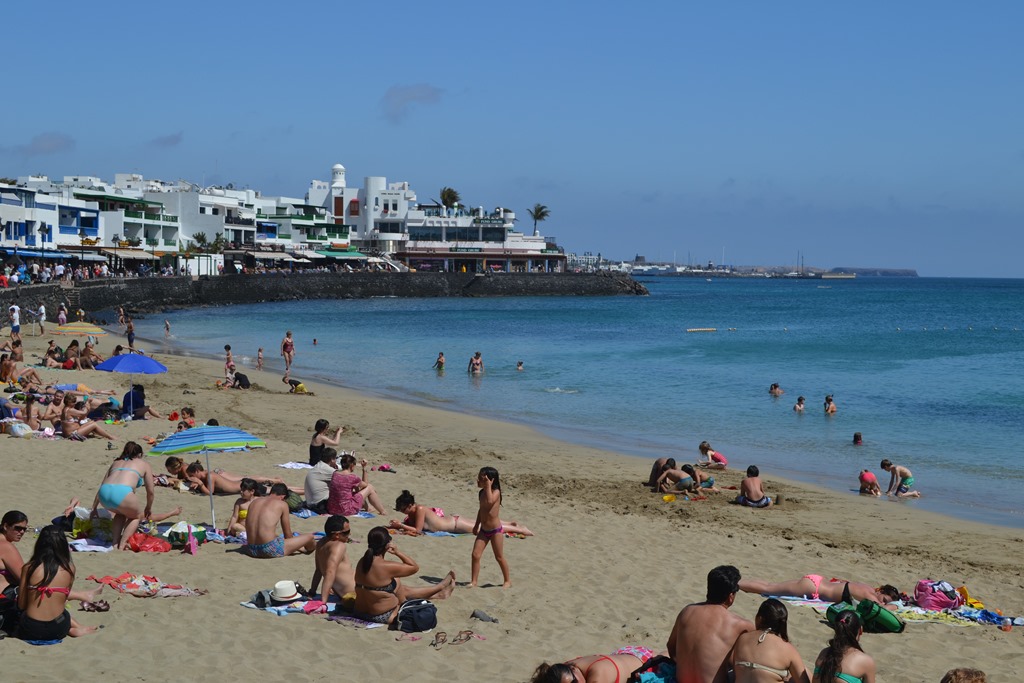 The sun rises at around 7.30AM in April and sets at around 8.30PM. The clocks will have gone back in March, so the evenings are lighter, later.

We’re heading towards summer now, so in April the sun begins to have some real heat in it, but we can still have a few cloudy days. Typically, we’ll get 4 or 5 days in the month with cloud, but on the other days, we have lovely bright blue skies.

Daytime temperatures are in usually in the range of 22 to 26 degrees, and April has been very consistent with temperatures since we’ve been recording them. Back in 2013, we saw 28 degrees, but it’s rare to have really high temperatures in this month.

The ocean temperature starts to increase nicely in April and is around 21 degrees.

Over the last few years, the wind has generally been light in April, in the 5 to 10KMH region, although we have had occasional spells in several years where it has risen to 30KMH for a day or two. If you don’t like the wind, April is the best month in the first half of the year to visit.

2022 was really quite odd. We started the month with a calima, then had another one at Easter weekend, with very high temperatures. Between each we had a mixture of strong winds and quite cool temperatures,  but interspersed with odd days that were glorious. An atypical month, weather wise, but at least we didn’t have any rain!

2021 was an unusual month. The normally gentle winds at this time of year blew quite strongly for most of the month, and for a full week, during the last week of the month, we had a westerly, which is very unusual. We had two short sharp showers, and then the blue skies returned. Temperatures were spot on the average with neither hot nor cold days.

2020 continued the exceptional weather the island enjoyed through the late part of 2019 onwards. Warm, sunny days with blue skies and light winds. Mid month, we saw 30 degrees! Week three was the only time we saw cloud, and we had a few days of it. There was also a torrential downpour which caused flooding in Arrecife and Playa Honda, but otherwise, a near perfect month during the Coronavirus lockdown.

2019 was a mixed bag – quite a lot of cloud over the hills, but sunny in resort. Unusually, it was particularly windy during the month as well. We had a couple of showers, but no serious rain.

April 2018 was a poor one. Although we had some fabulous sunshine with high temperatures and even a calima in the middle of the month, the start and finish were cool and cloudy, with, unusually, a fair bit of rain in the last week of the month.

April 2016 was unusually wet, and we had rain for several days at both the start and the end of the month. It contributed to a poor grape harvest here, after an extremely dry winter, so the grapes didn’t know what time of year it was!

2015 was pretty much perfect – wall to wall sunshine and light winds. In 2013 we had a rare April calima and the month finished with temperatures of 37 degrees. We had a thunderstorm in April 2012, which is a very rare event on the island, and usually amazing to watch.

But generally, April doesn’t serve up any weather extremes – a wonderful month for getting into the open air and exploring the island.

It’s proper beach weather in April here, so shorts and t shirts are the order of the day. Early evening tends to remain warm, but you might want a very light top for late evenings. You won’t need a brolly, but you will need good quality sun cream!

Read more about the Lanzarote weather.