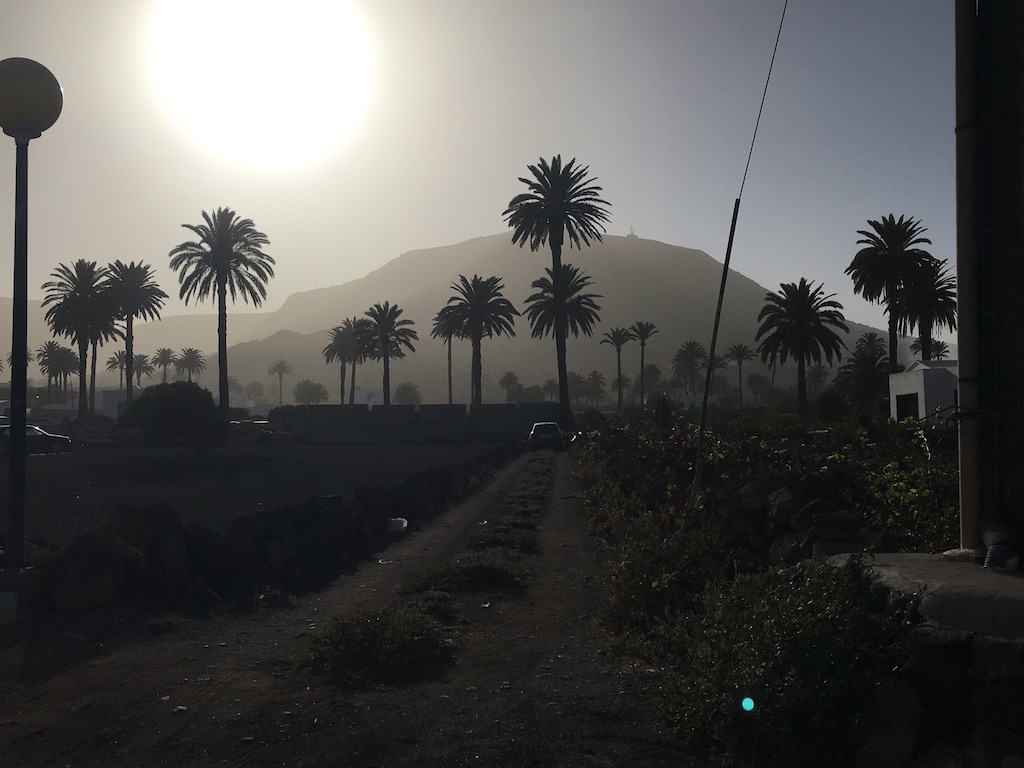 All The Canary Islands occasionally suffer from Calimas, most often in the winter months. The calima is a hot and oppresive wind and occurs when there is high pressure over The Sahara, which in turn drives a southerly wind towards Lanzarote, bringing Saharan temperatures and sand with it.

During a calima the air turns a white or even a yellow colour and you can literally smell the sand in the air from the Desert. Visibility is reduced and there’s a kind of otherworldly quality to the light.

Often strange insects accompany the winds – in recent years we have had locusts, ladybirds and dragonflies that arrive on the island. They rarely last for very long here, as there is so little for them to eat due to the desert nature of Lanzarote. Sometimes unusual birds are blown over on the wind as well, so look our for them.

Occasionally, a calima can be severe, and had lead to the closure of the airport, as the aircraft are unable to conduct a visual approach. We can remember that happening twice in the last 20 years, and aircraft were diverted to Fuerteventura and Gran Canaria.

The calima can last from half a day up to three days, and the aftermath is that everything on the island is covered in a film of sand. You can always witness the big clean up afterwards when everyone tries to remove the sand from their patios, swimming pools and cars.

The phenomenon can be seen on satellite photographs, appearing as a cloud like swirl across the islands.

Calimas are often preceded by clear, still weather, and in winter they are often followed by rain.