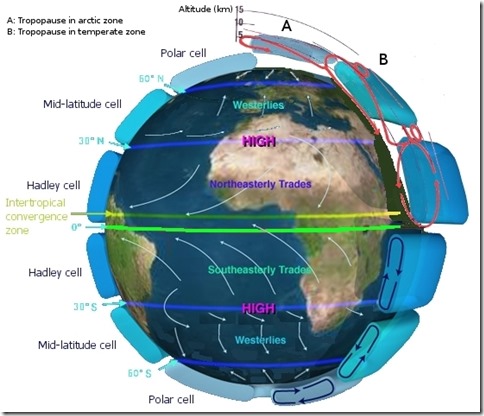 Lanzarote is known as a fairly windy island, and part of the reason our climate is so good is because of the wind which blows here on most days – without it temperatures would be much higher and the island would effectively become a desert, like the nearby Sahara.

But why do we get the winds, and why are they called “trade” winds?

Why we get winds in Lanzarote

Lanzarote is situated to the the north (above) the equator and we sit directly in the area where the wind is blowing steadily from the north east. This wind blows all year around, although the speed varies from time to time. When it blows strongly, it can result in dust and insects from The Sahara blowing across the island, and when it drops to almost nothing it can become exceedingly hot on the island – well over 40 degrees.

Also connected to the wind is what is known as the Canarian current, which is a general ocean flow in the same direction. This keeps the ocean around the islands at a pretty steady temperature year round, ranging from 18 to 24 degrees.

Why are they called “Trade” winds?

The term was originally coined in the 14th Century, when the term “trade” actually meant “track” or “path” in English. It wasn’t until The Portuguese started exploring the globe during the 15th century, that their importance for sailing became established. Using the trade winds, sailing ships could enjoy a fast passage from Europe to The Americas by picking up the winds and tracking a course making use of them. This was when The Canaries started to become important as an excellent place to dock to take on food and water before crossing The Atlantic.

This direction of travel using sailing ships directly resulted in the early European colonisation of many countries. It wasn’t until the 18th century that the term became more associated with “trade” as in “commerce” and many people believe that to be the origin of the term. It was only in the mid 1840’s that the likely wind direction and currents were finally laid down on sailing charts.

What it all means for us in Lanzarote is that we can enjoy comfortable temperatures all year round, and it makes the island a wonderful place for any type of sailing activity!