The Fish Farm At Playa Quemada 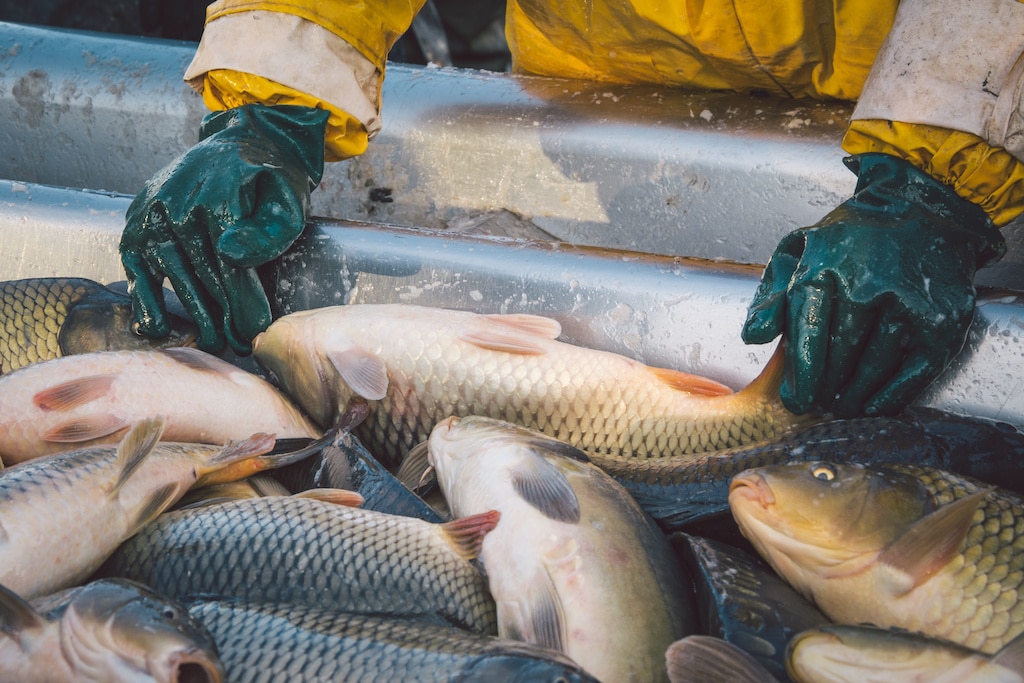 Visitors to the tiny picturesque village of Playa Quemada or guests aboard the Catlanza catamaran trips to Papagayo might have noticed the fish farms situated off the coast of Lanzarote.

The farm is owned by local company Yaizatun SA and situated in the area known as Bahía de Ávila. Founded in 2001 the farm was built as a nursery for yellow fin tuna, in 2008 the scheme was in difficulties so the farm took the decision to change their stock to seabass (Lubina) and seabream (Dorada) with much greater success. Now around 2,000 tonnes of fish are sold each year to major retailers supplying the central markets of Madrid and Barcelona in Spain and Portugal.

The fish farm is part of the group Ricardo Fuentes e Hijos SA, due to the success of the farm, this company has been able to invest 4.1m Euros in building their own processing and packaging plant situated in Puerto Naos, Arrecife. The opening of the new plant has created an additional 12 jobs to expand their existing workforce of 25 employees. Production here will have the capacity to process about 50 tonnes of fish per day.

The fish farm has caused some local controversy with residents of Playa Quemada, who have argued that the fish poo released by the farm is causing changes to the sea bed in the area and attracting predators.