What Is Dia De Canarias? 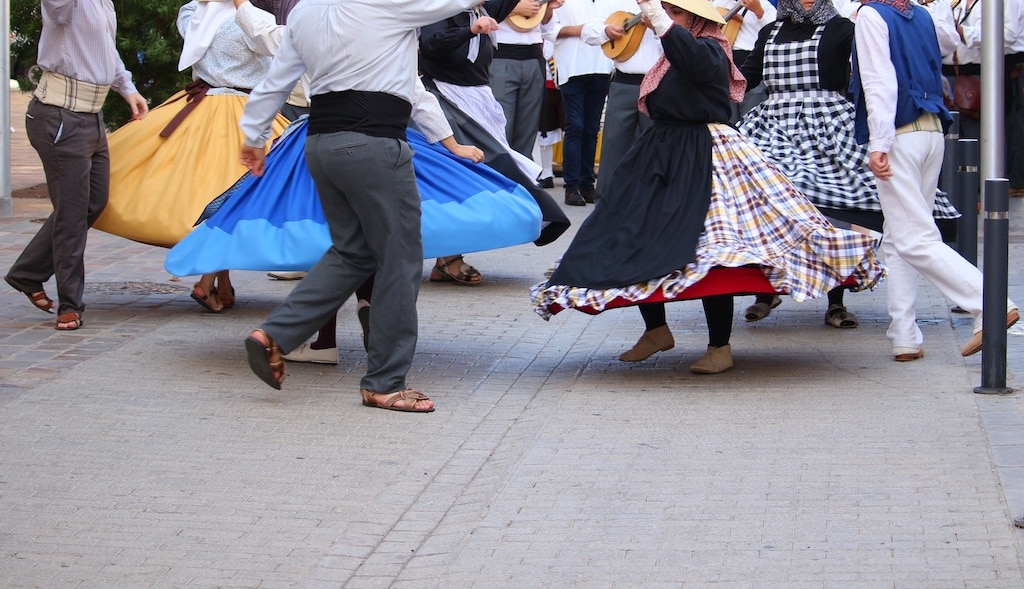 All the activities will take place at the Varadero Square in the harbour.

-From 11h to 14th and again from 16h onwards: Workshops
Make your own gofio dumpling
Make a broom from palm tree leaves
Tin boat keyring
Rattle with bottle tops
Aboriginal Canarian drawing
Make your own cactus

-From 12h to 14h Threshing and roasting demonstration

-From 18h to 22h: Tournament of male and female Canarian boules

There will also be live music throughout the day:

At Totally Kids https://www.facebook.com/Totallykidslanz on Calle Lanzarote.
Come dress up with your traditional suits and dresses and learn about the Canary Islands with music, dancing,activities and traditional food.
Canarian day for children from 9h to 15h. Cost €25 for the whole day.
For more information or to book, please contact +34 602 562 964 or totallykids21@gmail.com.

Playa Blanca
30th May
10h Institutional Act with the performance of the Band from Yaiza on Calle Limones
Followed by and exhibition of Canarian Wrestling on the beach
Finishing up with the performance of the folkloric group Rubicón and Parranda Trasmallo from Fuerteventura in Plaza del Carmen.
“Enyesque” available to taste canarian products and camel rides with the traditional chair will take place on Avenida de Papagayo.

The Neighbours Association of Tahiche is organising a trip to La Graciosa on the 30th of May.

The departure is at 9:30h from the Sociedad in Tahiche.
At 11h the boat departs from Órzola, arriving to La Graciosa at 11:30h.
At 12:30h the boarding of the catamaran. The boat trip includes snacks and kayak and inflatables when stopping over at La Francesca.
At 14h paella will be served for lunch.
Returning home from La Graciosa at 17h.

Tickets can be bought at the Sociedad’s Secretaría until the 26th of May on Tuesdays and Thursdays from 19h to 20h.
To do so you need to hand in a copy of your DNI/NIE/TIE alongside the money. And of course, places are limited.

26th May
20:30h Concert by the traditional group Acatife at the Amphitheatre in Paseo de Las Cucharas

Teguise
22nd May
11:30h Raising of the Flag at Plaza Camilo José Cela.
12h Inauguration of the Exhibition of the Cultural Plan 2022 at Convento de Santo Domingo

27th May
20:30h Festival of Soloist of the Cultural Plan 2022 at Convento de Santo Domingo
Including the award-giving ceremony of “Artesanía 2022” to María del Carmen Real de León.

29th May
20:30h Tenderete Canario, share your “enyesque” at the Municipal Marquee

Soo
29th May
17:30h Exhibition of Hand Ball at the Sports Court

What is Dia de Canarias?

Dia de Canarias is one of the most important celebrations here in The Canaries and it takes place each year on 30th May, which is the anniversary of the first session of The Autonomous Canarian Government in May 1983.

Dia de Canarias is a public holiday throughout the islands, and celebrations can take place the day before, the day after, or even over an adjacent weekend.

All of the island’s towns and villages will have some sort of cultural events and you can check out what’s on in your area here: What’s On.

Something you should look out for is a Baile de Magos – a Canarian dance, with all the participants dressed in traditional Canarian costume.

Also look out for displays of Lucha de Canarias, Canarian wrestling, and loads of live music, including timple playing, and even some batucada drum bands.

You may also see Jolateros – these are small boats, home made from oil drums, in which children race around a circuit, paddling with their hands, and with the objective of catching strings hanging over the water – always great fun and with lots of sinking and capsizing.

In terms of gastronomy, you’ll find Dia de Canarias is all about gofio, the versatile local flour, which can be used as a dessert, to thicken stews, and much more.

Dia de Canarias is also a day for various sporting events – including sailing races, boules tournaments, padel competitions, and usually at least one open water swim race. You’ll also find it’s the day when local classic car and motorcycle enthusiasts meet up to tour around the island, so look out for them.

We love Dia de Canarias – it’s about celebrating being Canarian, and it doesn’t have any kind of commercial spin placed on it. Just a nice day for families to enjoy some fun and each other’s company.

More reading? Who were the Guanches?