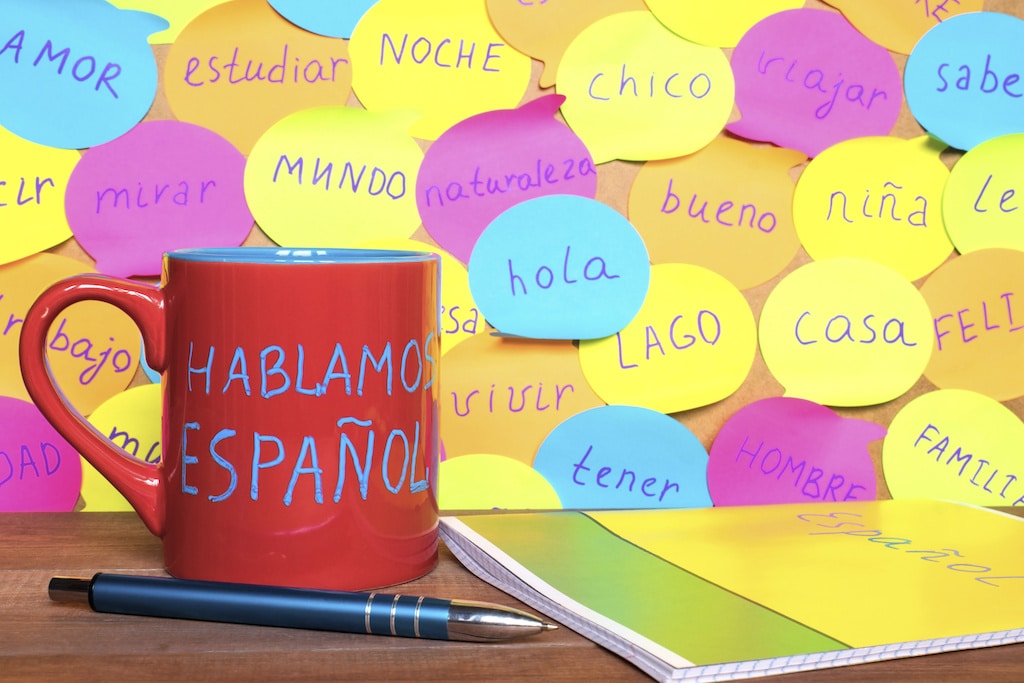 Everyone knows the standard stuff like hola, buenos dias, por favor and so on. But if you’re a regular visitor, these ten Spanish phrases will help you notch it up a gear.

“Where is…..?” Such a useful Spanish phrase and one you can use everywhere – just add whatever you need on the end, for example ¿Donde está el baño? for “Where is the bathroom?”

Pronounced donday-esta – the accents mean you “Push” on that part of the word, the o in donde and the a in esta.

Quiero is a super useful word to know – “I would like / I want.”

Adding the “Quiero” and the “Por Favor” is so much more polite than shouting “Cuenta” and making a rectangle shape with your fingers.

This is a banker Spanish phrase that will often get you out of trouble.

Everyone needs to know how to order a glass of wine!

Pronounced exactly how it looks.

“Do you speak English?”

This one can be a lifesaver when you get into problems.

Again drop the “h” so it becomes “Ablas.”

Super useful when you want to ask for help from anyone or even interrupt a conversation.

“How much does it cost?”

Especially good one on the markets.

This helps when you use any of the above and are confronted with a stream of Spanish you don’t understand.

Again drop the “h”, so “ablay-despasio.”

“What is your name?”

Everyone loves being called by their name.

So there you go – not a hint of rocket science, but they’re all useful Spanish phrases you can probably use every single day here.

If you’d like to stay up to date with everything in Lanzarote, subscribe to our famous weekly newsletter.