The Butterfly Effect In Lanzarote 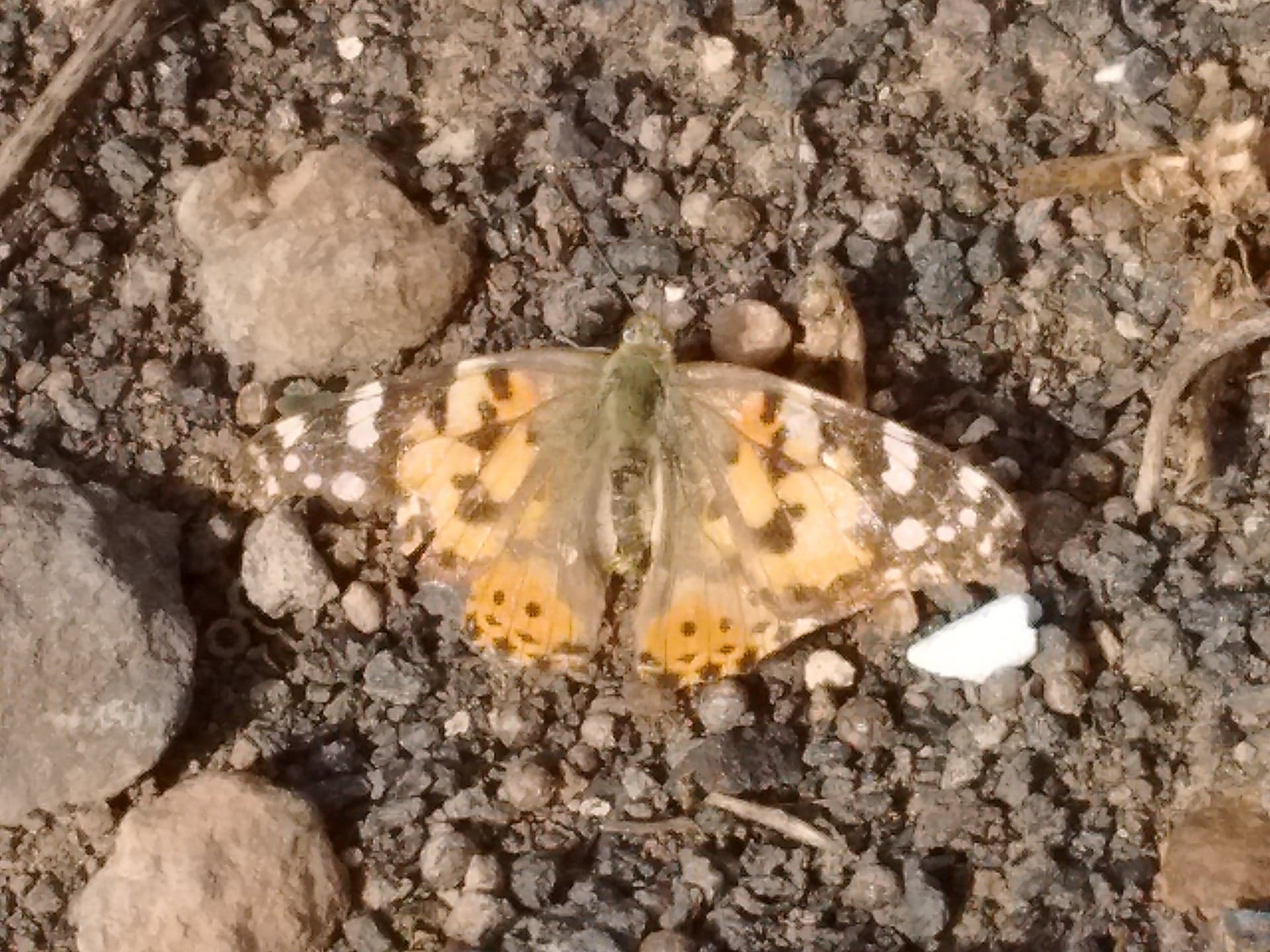 We recently published a guest article by Stuart Westwood about the conservation area of Monarch butterflies he found in Arrecife.

Many of you might have encountered another butterfly experience all over the island, specially since the rainfall we had at the end of October: the invasion of the Painted Lady or Vanessa Cardui.

Although this type of butterfly might look very similar to the Monarch butterfly to the uninitiated like me, just by doing a little bit of research you can tell them apart quite easily:

The Monarch butterfly markings look more of “Tiffany-glass” , whereas the Painted Lady has less defined orange areas and more brown and beige bits around the body and the lower part of its wings. The colours are much more muted on the underside of its wings to the point that they can hardly be seen, camouflaging perfectly with the Lanzarote colour palette.

The Painted Ladies are also smaller in size, between 5 and 9 cm, versus the 9 to 10cm of the Monarchs.

Their story is fascinating: a year long migration that takes them to cross the Sahara twice amounting to an impressive 12 to 14 thousands kilometers round trip. Every year, on the first few days of autumn East winds and African winds bring them the Canaries, obviously including Lanzarote, this being the first stop on their long voyage.

The trip starts in around August in the land of Sahel, a strip of 500 km that crosses the African continent from the east to the west from the Red Sea to the Atlantic Ocean. It’s the natural border between the Sahara and the jungle of tropical Africa, and then it’s a round trip up to Scandinavia and British Isles that takes place over the annual cycle.

Because their lifespan is about two months, the ones that were born in the Sahel will die here, not before mating and laying their eggs on thistles, mallows and nettles among other local plants. Once they hatch, they follow the whole life cycle until they become butterflies again before taking on (or should I say off?) to the second leg of their trip towards the North.

If anything, it shows how important the ecosystems of the Canaries can be for the conservation of the biodiversity at a global level.

I hope you have enjoyed as much as I have learning about this delicate yet amazingly determined creatures.

Here are six reasons to hire a car when you are next in Lanzarote.