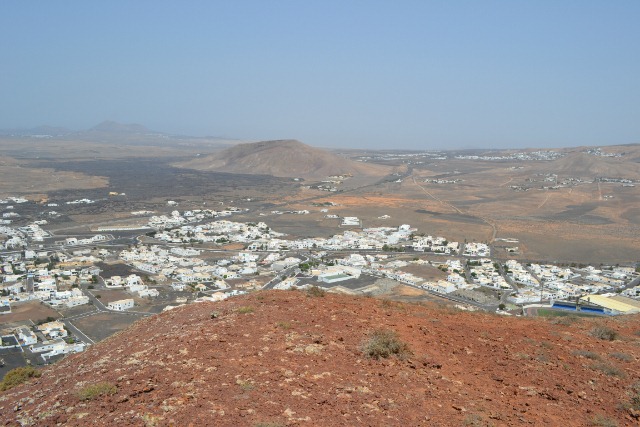 Apple TV is currently filming their latest blockbuster, Foundation, on the island. A team is currently filming at Mirador del Rio and they will move to other locations around the island, as well as using sets in Ireland, Iceland and Malta. This is the second series and is based on Isaac Asimov’s saga of science fiction novels about a group of inter galactic exiles setting up a new civilisation.

The sculpture Mirada de César (César’s gaze,) which depicts a young Manrique looking out to sea, will be installed this week in Arrecife, close to the Puente de las bolas at the end of Calle Real.

Record Number Of Cars On Road

Residents in the municipality own Tias now have new way to communicate issues with the town hall. The app allows users to identify issues, for example, damage on a pavement, and take a photo which will be sent to them, together with the geolocation of where. Click the QR code here to download the app: http://www.lineaverdetias.es

A 60 year old paraglider crashed in the area of Mirador del Rio at the weekend, suffering a suspected broken hip. He was airlifted to Arrecife Hospital.

The well known Surfing’s bar, right on the seafront at Playa Las Cucharas in Costa Teguise burned down in the early hours of Sunday morning. The Guardia Civil are investigating.

The hand bike race in Playa Blanca at the weekend, with a world class field of athletes entered, was a spectacular success. Conditions were perfect, and the riders were able to achieve speeds of up to 55KMH on the 2.2KM circuit in the resort.

The Slovenian crew of Ceereef took a win in the RC44 class sailing regatta in Puerto Calero over the weekend in a hotly contested series of races.

Plans have been released for the new cars parks at the Playa Blanca port, where work is already underway. There will be two car parks, one with space for 85 cars, the other for 140 cars. Additionally, there will be a car park for rental cars, and charging points for electric vehicles.

The go ahead has been given to a second underpass in Playa Honda to untie to two halves of the town, which are split by the main LZ2 and beset by traffic jams at peak times. The new underpass will be pedestrian friendly and will also feature a dedicated cycle lane. The €3.3 million project is out to tender.

The Canary Islands Covid insurance scheme, which covered costs for treatment and self isolation for anyone contracting Covid while on holiday on the islands, ends on 3rd March 2022. Visitors after that date are recommended to make sure their travel insurance includes Covid cover.