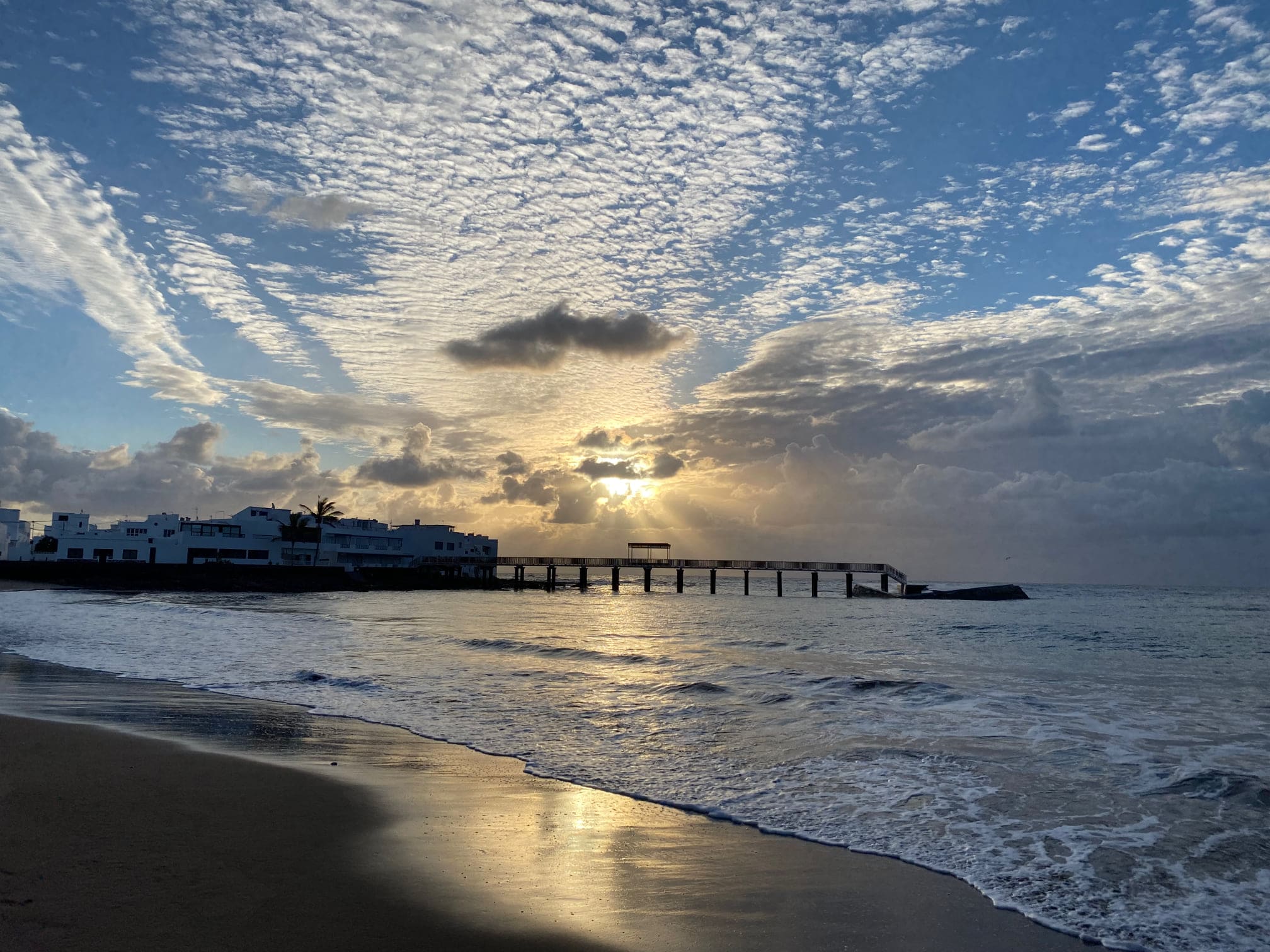 The temperature this week is expected to rise steadily from the current high of around 25 degrees in the early part of the week. 28 degrees is expected on Saturday, rising to 32 on Sunday and Monday.

Soviet Missiles To Go On Show

The tourism department of Lanzarote bought deactivated Soviet missiles 30 years ago, soon after the fall of the Soviet Union. The plan at the time, suggested by César Manrique and Alberto Vázquez Figueroa, was to use them to create a monument to peace. The project never got off the ground and they have been stored since. They are on display this week at the Agro Industrial complex between Teguise and Monumento Campesino as part of the agricultural fare that runs until Sunday.

Number Of Companies In Lanzarote Increases

The number of registered businesses on the island increased by around 10% in April, compared to the same month in 2021. Lanzarote has the third highest number of businesses in The Canaries, behind Tenerife and Gran Canaria.

Evesport, the organiser of motor sports events, has suspended all the remaining races in the Lanzarote rally season, following the late cancellation of the Volcano Rally last week. 5 events are on hold: Subida de Haría, Rallysprint Tomás Viera, Slalom de Tinajo, Rallysprint de Yaiza and Rallye Isla de Lanzarote. Evesport said they would only consider reinstating them if “Guarantees” could be made to prevent a repeat of the Volcano, where all the teams had transported their cars and equipment to the island.

A British National, with the initials TCA, is the subject of an arrest warrant, after failing to appear in court. She is alleged to have misappropriated €67,000 relating to a property in Orzola, while acting as an estate agent on the island. The prosecutor has called for a sentence of 6 years in prison, together with a fine and the requirement to pay back the money. She had been on provisional release pending the case.

The Canaries economy grew by 11% in the first quarter, the highest growth in Spain, and around 4% higher than the national average.

The European Union has launched a campaign to fund ideas by young entrepreneurs in the “outermost regions” of the union, which includes The Canaries. Grants of up to €1 million are available for projects which have a focus on European priorities, such as ecological and digital transitions, socioeconomic recovery, equality or inclusion, and are available to young people between the ages of 15 and 24.

Forward Bookings Suggest Growth Will Be Much Higher Than Budget

The tourism sector across Spain is expected to grow to 91.6% of pre pandemic levels, according to the latest reports from the sector. That’s against a government forecast of 80%.

A Colombian hitman, Jesús Alejandro Ramírez Valencia, was arrested in Arrecife this week. He is wanted in his home country for 13 murders. It is thought he came to Lanzarote to avoid being arrested for his past crimes and was living a “very discreet life” here.

Arrecife Bridge To Be Restored

The iconic Puente de las Bolas in Arrecife, at the end of Calle Real, will be restored in a project, subject to approval of Costas. As well as repairing damages walls, the work will also fix the drawbridge, so that it can function again.

Canarian President Angel Victor Torres is in Lanzarote this week on an official visit. As well as several meetings with various department heads at The Cabildo, he has also officially opened two schools on the island. In his arrival speech he predicted that Lanzarote would fare well in the April tourism figures, suggesting we might have had the fastest growth of all the islands. The figures are due out this week.