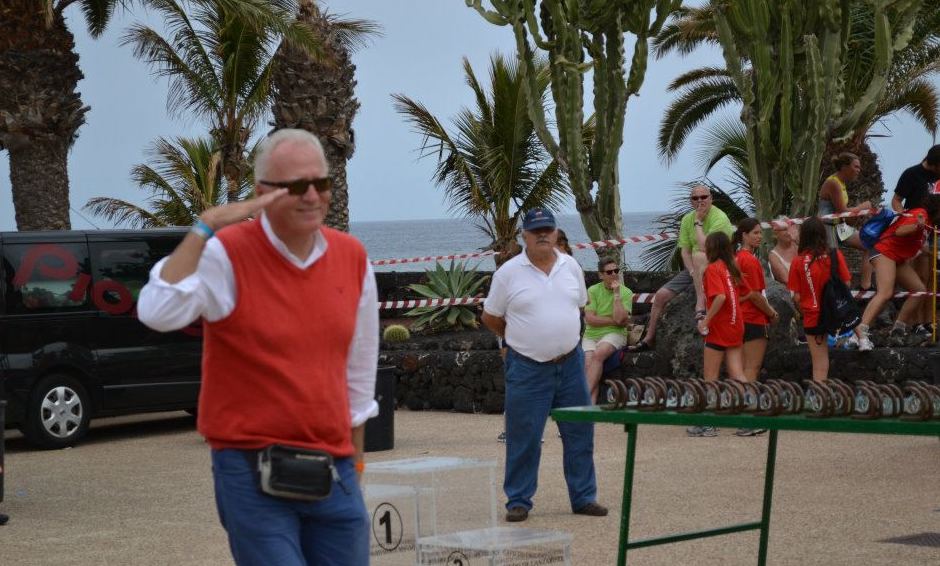 Anyone who has had any involvement with Ironman Lanzarote will know and admire Kenneth Gasque. He arrived in Lanzarote in 1983 from Denmark and worked until recently as Sporting Director of Club La Santa. He now runs his own international triathlon series under the name of Ocean Lava.

Kenneth participated in the then very new Ironman event at Kona in Hawaii back in 1985. He had seen someone at Club La Santa wearing a T Shirt with the words “Ironman Hawaii” on it, and he asked where he could buy one. “You can’t buy it, you have to earn it,” was the answer, and Kenneth resolved to find out more.

Struck by the similarity between Kona and his home in Lanzarote – they are both volcanic islands with challenging weather conditions – he resolved to bring Ironman to Lanzarote.

He contacted the event’s organiser and signed a contract which would bring Ironman to Lanzarote in 1992. That first event had only 148 entries, with 131 starting and 116 finishing.

Ironman Lanzarote has become an iconic part of the IM series, and is renowned as the hardest Iron distance triathlon in the world. The combination of huge climbs into the hills of Lanzarote on the bike, and often searing heat on the run make it a challenge that has proved irresistible to athletes from around the world, with around 2,000 taking part each year.

As well as having the inspiration to bring the event to the island, Kenneth, in his role as race director has worked tirelessly year after year to ensure everything runs smoothly, the event is safe and the army of volunteers are well looked after and know what they are doing. One of his trademarks was that he was there, at the finish line every year, from dawn until midnight, to personally welcome every athlete across the line and present them with their finisher’s medal.

The value of Ironman to Lanzarote is incalculable. As well as the thousands of athletes and their families who come for the event, many more thousands come to the island every year to train, sometimes two or three times each year. A whole industry to support those athletes has grown on the island – sports shops, hotels offering training facilities, coaching services and much more. The event has also acted as an inspiration to so many islanders to get fit and strong enough to be able to call themselves an Ironman.

Although retired from Club La Santa now, and concentrating on his own business, Kenneth remains an honorary director of the event, and I’m sure we will see him at Ironman Lanzarote for many years to come.

It’s fitting, and a huge honour for Lanzarote,  that he has been enrolled into the Ironman Hall of Fame for 2019, joining a small group of 35 people who have been so honoured since 1993.

We’d like to add our hearty congratulations to someone who has made a huge difference to so many people’s lives and who, together with his wife, Anna-Lis  are two of the nicest people you could ever meet.