Which Resort In Lanzarote? 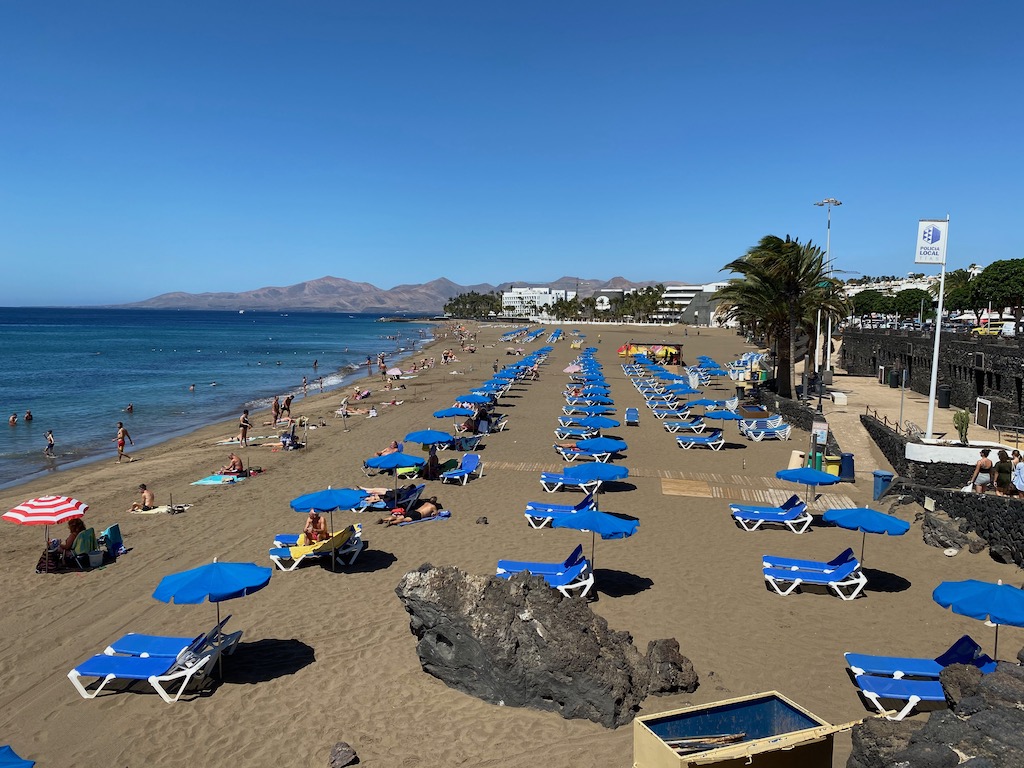 You’re wondering which resort in Lanzarote to choose for your holiday? You’ve come to the right place!

The island has three resorts and the vast majority of visitors stay in one of the three, with only the more adventurous choosing to stay in Arrecife or one of the island’s rural areas.

Let’s look at each in turn:

Puerto del Carmen was Lanzarote’s first resort, with the original Hotel Fariones there being built in the 1960’s. The Fariones still marks the boundary between what is known as the “Old town” and the “New town.” The old town is centred on the small harbour, which is still an active fishing port, with the new town running along a series of spectacular beaches which run for about 6KM. The road is known as “The Strip.”

It has the full range of accommodation available from inexpensive apartments to top quality hotels, and there’s plenty of it! The Strip and old town are also home to an incredible number of bars, restaurants and shops. Centro Atlantico is an area of late bars and nightclubs and it’s smack in the middle of The Strip – it’s the area on the island that tends to attract young adults.

Puerto del Carmen is set up for all types of visitors, however, and there’s plenty to do and enjoy for families and the older generation.

The original resort has been extended in recent years and the marina at Puerto Calero is close by, as is Matagorda, at the airport end of The Strip.

The resort is about 10KM from the airport.

Puerto del Carmen is the “everybody” resort on the island – whatever your situation, if you enjoy a resort holiday in the sun, you’ll find what you are looking for there. The only proviso is that if you struggle with mobility, you might find the hills a chore – it’s not very flat!

Costa Teguise is a man made resort, created in the 1970’s around the beautiful sandy beach of Las Cucharas. It’s much more compact than Puerto del Carmen, and is completely flat, so ideal if you have walking issues.

Like Carmen, it has loads of shops, bars and restaurants, so you’re never short of things to do. The accommodation tends to be larger in Costa Teguise, with bigger complexes and hotels, and more multi-room apartments. There are a number of all inclusive hotels in the resort, as well as adult only and sports hotels.  There are several supermarkets in town, but the shopping choice isn’t as good as Puerto del Carmen’s.

Costa Teguise sort of “sticks out” from the island, so it tends to be the windiest resort, and for that reason it attracts wind and kite surfers, as well as sports people who tend to stay in the several sports orientated hotels. The island’s oldest golf course is also in the resort, and there are some excellent trails for running and mountain biking.

It’s about 12KM from the airport, so transfers are short.

Playa Blanca is the island’s newest resort and is located right on the southern tip of Lanzarote. The resort is based around the original village, but has extended almost to Papagayo in one direction, and to the lighthouse in the other.

Playa Blanca is home to some large resort complexes and several high quality hotels. Accommodation here is generally more upmarket than in the other two resorts, with the hotels being in the higher price range and private rentals being almost exclusively villas.

The resort is flat, but you could end up walking some way as it’s spread out along the coast. The town itself has a promenade and a pedestrian only high street and there’s a huge choice of bars and restaurants. Playa Blanca is also the ferry port for Fuerteventura ferries, which arrive and depart from the fishing port. Marina Rubicon, near Papagayo, is the island’s largest boating marine and is laid out like several small villages, and you could easily spend a full week there and not eat at the same restaurant twice. It also boasts many designer clothes shops.

Playa Blanca’s main beaches are all golden sand, spacious and Playa Dorada has all the beach toys you could want, including pedaloes, Jet skis and parascending. The island’s very best beaches are at Papagayo, about 5KM from the centre of Playa Blanca.

The resort has the longest transfer time of 40 minutes to an hour from the airport, depending on where your accommodation is in the drop off scehdule. It’s around 40KM and a return taxi won’t leave much change from €100. Car hire from the airport makes a lot of sense.

Not everybody wants to stay in a holiday resort, and Lanzarote offers two great alternatives for those people – Arrecife and rural Lanzarote.

The island’s capital Arrecife is a bustling and busy town, with a Marina, a fabulous sandy beach and the famous Charco San Ginés, with dozens of places to eat and drink. There are several excellent hotels in the capital which are superb value for money.

Rural Lanzarote offers a chance to escape into a more tranquil life, with beautiful villages both inland and on the coast. There are boutique hotels, as well as apartments and villas to rent.

So, where are we? Which resort will you choose for your holiday? It’s a tough choice, but if we had to put it into words we’d say:

Stay in touch with everything that’s happening in Lanzarote with our weekly newsletter.