What Is Carnival In Lanzarote? 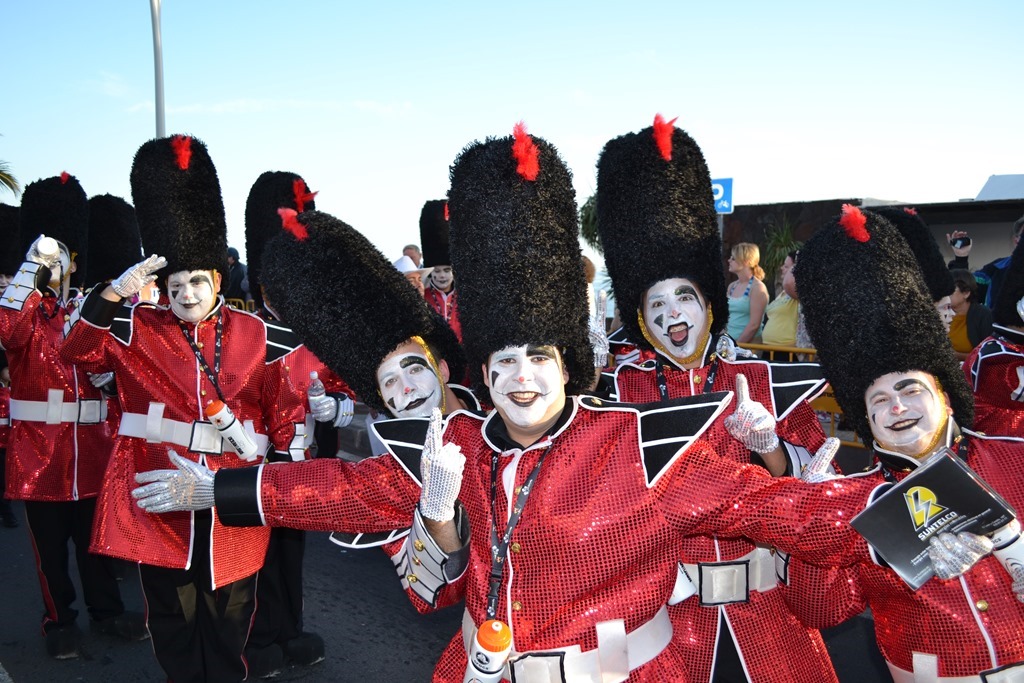 Carnival is celebrated in the 40 days leading up to lent, the dates are set during February and March according to Easter.

The masquerade balls are full of bright costumes, tons of body paint and a time to relax, party and have fun. The celebrations start a week before the procession with pasacalle where groups parade around the streets creating an upbeat lively atmosphere. Sounds of salsa and the beat of batucada drums can be heard in the distance as they throng their way through the streets.

Each carnival has a queen and a drag queen elected in the week prior to the procession. Men take the opportunity during carnival to dress as women, complete with boobs, wigs,  stockings and full gaudy makeup. Carnival is about disguise, everyone is in costume so join in, the bolder and louder the better. The costumes and accessories aren’t expensive and are available locally or you can improvise and create your own.

The batucada bands provide the sound for carnival, they use a selection of drums, tambourines, bells and whistles to create a rhythm which is fast and repetitive. The groups practise all year round and can be found at events throughout the island. Batucada really gets into your soul during carnival – as you get close to the drums you can feel the vibration through your body, and you can’t help but start to move to the rhythm.

Comparsas originated from Brazil, they are the dancers that perform the group salsa routines during the carnival parade. These are the brave dancing girls and boys in revealing costumes wearing headdresses and smiles. They practice their complex routines for months, and put on a fabulous show. It makes sense to watch from a crowded part of the street as they put on the best of their shows in front of a large crowd.

A Murga is a group of people who perform a musical play, they will have been practising for months prior to the carnival, they have distinctive colourful costumes and makeup. The groups perform over three nights in the first week until the final where the winning Murga is elected. They poke subtle fun at the local politicians with their lyrics. These originate from long before Spain became a democracy, and were once the only outlet for people to express dissenting political views. The murgas are all about having fun, but they often carry a strong message.

Burial of the Sardine

The burial of the sardine signifies the end of carnival. Mourners line the streets to watch the huge sardine pass by, this follows the sea front until arriving at the far end of Playa el Reducto where it is set alight to burn. The fire is accompanied by a fire work display. The tradition is that the fire purifies your soul, helping to calm the spirit and control the carnival party animal within you to be quiet until the following year.

Whether you’re a resident or a tourist at carnival time, the secret is to become a part of it, rather than go to “Watch it.” You’ll be accepted into the procession if you’re dressed up, and you can really get a feel for the famed “Latin spirit.”