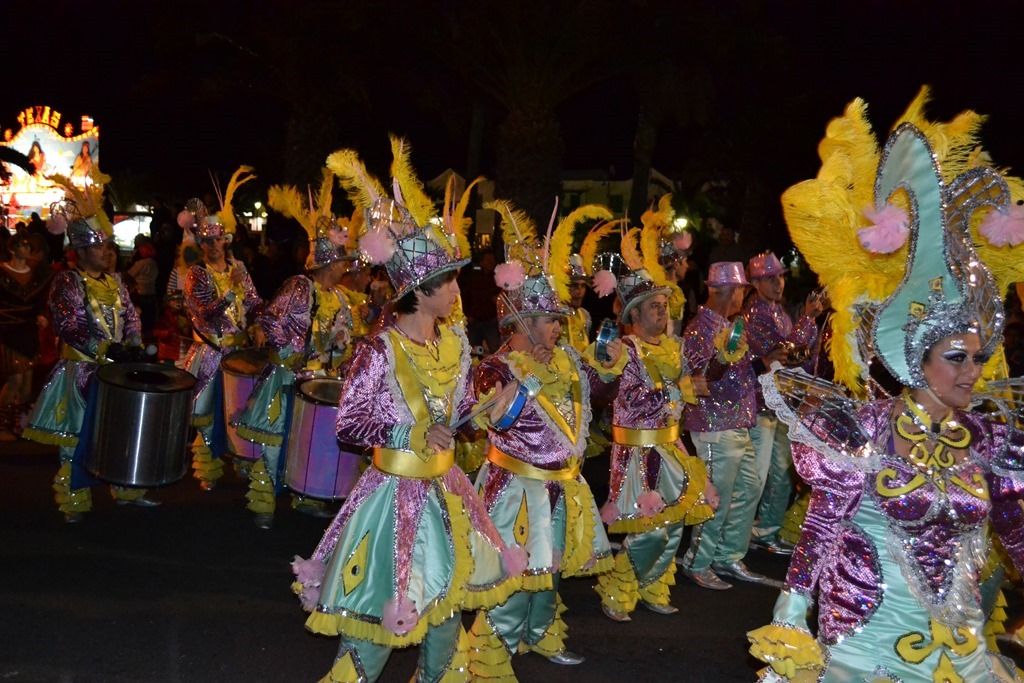 We thought it would be good to share some insider tips for those of you who are going to be on the island for carnival, to help you enjoy a fabulous time here.

Everyone is welcome to join the procession, so don’t just sit there taking photos – join in with the party and do the carnival shuffle while you make some new friends. Fancy dress isn’t compulsory, but why wouldn’t you wear it? Inexpensive costumes can be bought from many shops on the island, and there’s no need to follow the official theme.

THE drink of carnival is rum and coke, usually made with Canarian Arehucas rum. You don’t have to drink it, but you’ll find everyone else does.

You’ll see a lot of men in drag

Carnival is the one time men in Spain can forget about being macho, so you’ll see many of them respond by dressing up as women. Outfits vary from the sublime to the ridiculous.

Carnival lasts more than one day

When people talk about carnival, they often only think of one element – the main parade. But carnival in each area actually lasts a week, and culminates in the big parade. But there are always other elements, band competitions, drumming, zumba and live music.

It’s not just in the resorts

Arrecife is the biggest, but remember that carnival happens in other parts of the island – for example in Tinajo, Haria and even La Graciosa. It’s worth a visit to one of these to enjoy a more authentic experience with locals.

The roots of carnival are in religion

Carnival started as a religious “thing.” Timed around lent, when it was traditional to give things up, carnival was always the last “blowout” before a period of relative fasting. It was also always about role reversal – hence men dressing as women, and a time when social norms could be forgotten for a short time.

It’s massive here in The Canaries

The carnival at Santa Cruz in Tenerife is Spain’s largest, attracting about a million people. Carnival in Las Palmas de Gran Canaria is famous for the annual drag queen contest.

It will be late and very noisy

If you are in an area where carnival activity is taking place, expect it to go on pretty much all night and to be very noisy. The real party, or Verbena, doesn’t get going until getting on for midnight, at which point the drum bands will be competing for attention. Don’t expect it to wrap up until close to dawn. And it will be very quiet the following day!

If you’re here for carnival have a fabulous time, and look out for us!