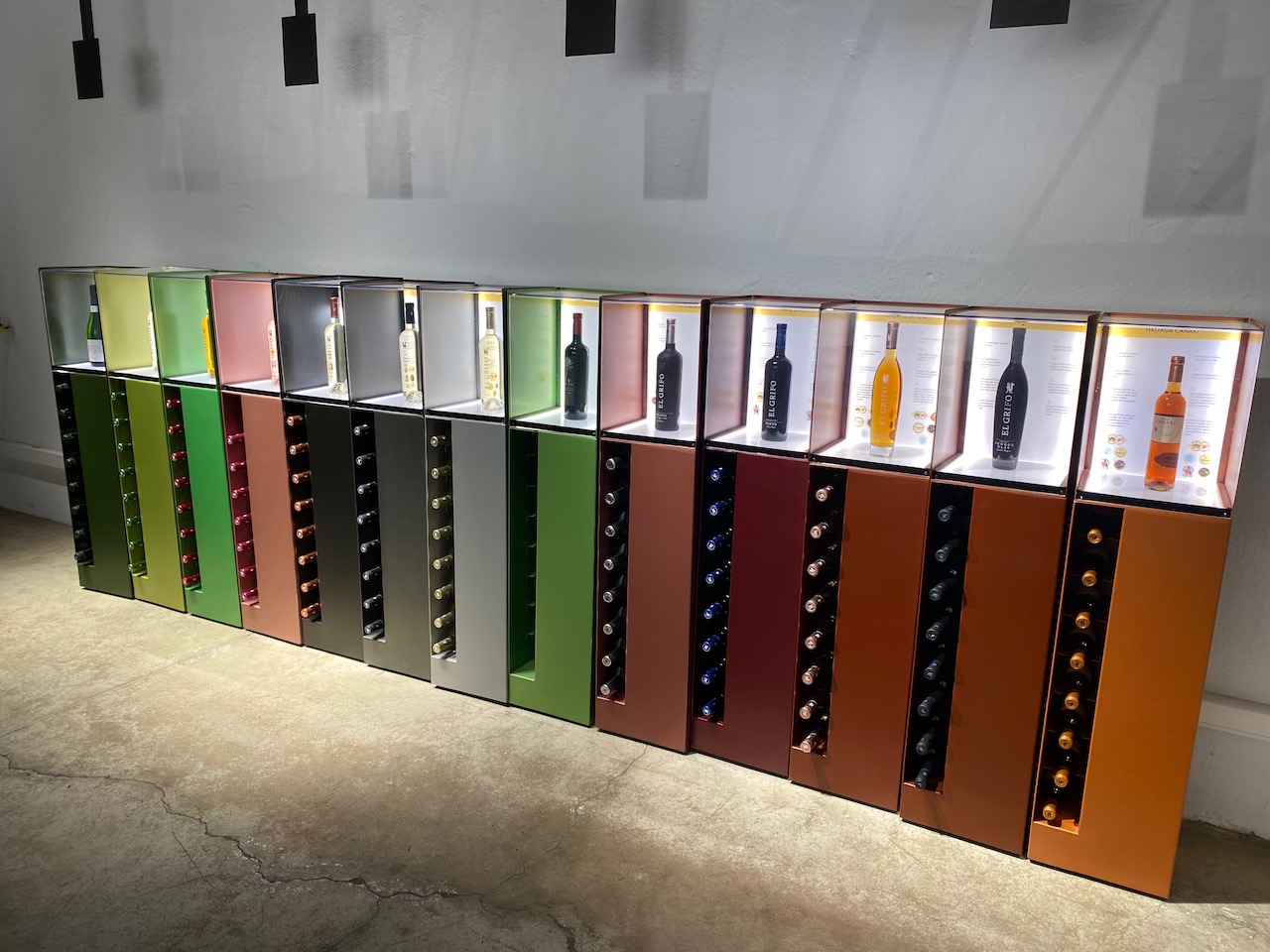 The team at Wine Tours Lanzarote have a brand new tour, which includes wine and craft beer tasting! We recently joined them to find out what the new tour is all about.

It starts by being collected in one of their air conditioned mini buses, and we visited Bodega El Grifo for our first stop. El Grifo is fascinating – it’s the oldest winery in Lanzarote, and has been in the same family since 1775 – not many years after Timanfaya stopped erupting! Our guide for the day was Dan, and he took us into the vineyards to explain the various grape varieties grown here, how the staff look after them and why yields in Lanzarote are much lower than in countries further north of The Canaries.

From there, we visited the fascinating museum, which houses some of the old machinery from over the years. We found out that El Grifo produced Cesar Manrique’s favourite wine, and he was a friend of the family.

Next, we went into the old dining room, and enjoyed three wines. Dan talked through the process to produce each, and helped us with picking out the complex flavours. The wines were served with local cheeses, bread and chutney.

Finally, we had some time in the shop to pick up a bottle or two!

We then drove to Arrecife to visit the craft brewery Cerveza Nao. Dan took us into the brew room, where he explained the brewing process, which varies according to the type of beer being produced. Nao is one of Lanzarote’s real success stories, started by Miguel about five years ago, and you’ll find the beers all over The Canaries now. This time we had three beers to taste, and they were superb, and again Dan was able to tell us much more about each and the specific process used for them. They were also accompanied by some local cheeses.

Did you know you can order Lanzarote beer and wine for delivery to your home in UK or Ireland? Wine Shop Lanzarote.

This new tour is one that’s well worth doing – as always, we learned so much about the history of the island and the exceptional quality of what is produced here. And best of all because they collect and drop you off, there’s no need to worry about drinking and driving.

You can book this tour, or any of the other wine tours at their website: Wine Tours Lanzarote.