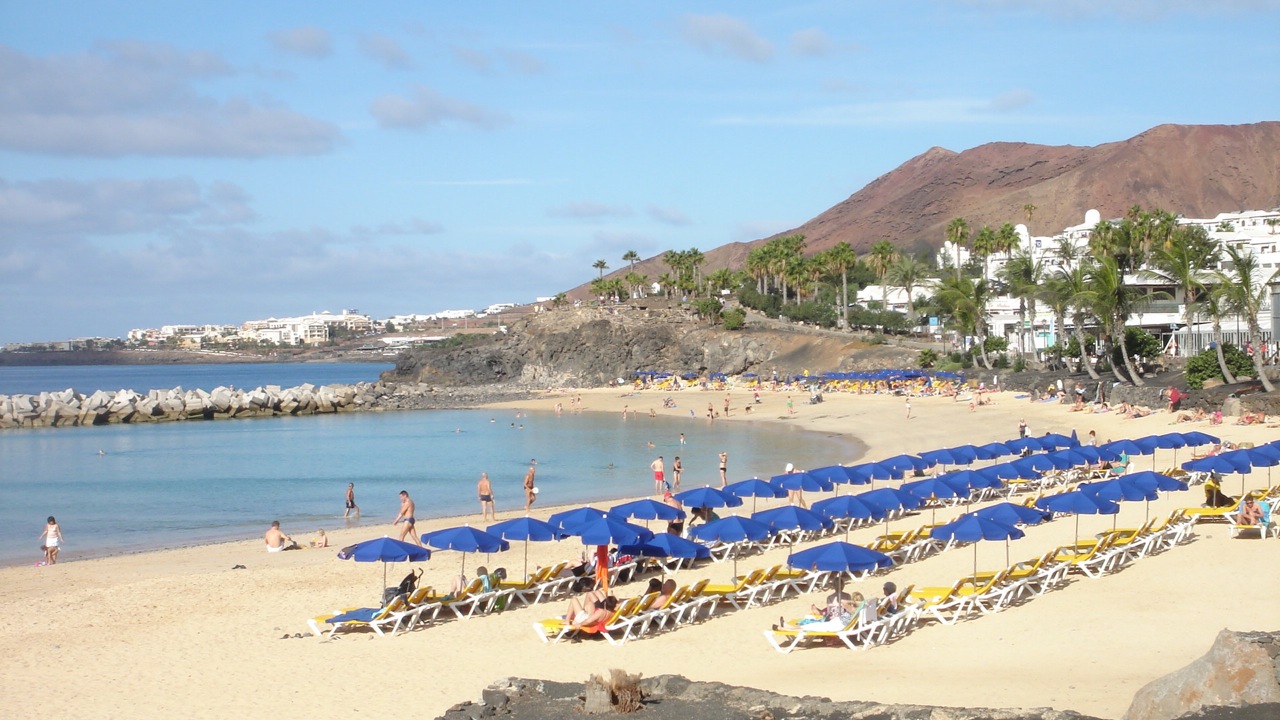 The main reason people book holidays to Lanzarote is because they want a sunny, warm break and a chance to chill out, without wearing too many clothes! In short, it’s all about the Lanzarote Temperature!

In this article, we’re looking at why the Lanzarote Temperature is generally good, and we give you an idea of what you can expect on the island at various times of the year.

Why Is The Lanzarote Temperature Always Good?

Lanzarote is situated just 70 miles from the Sahara Desert, off the coast of Africa. Geographically, the island is located in Africa, rather than Europe. The island officially has a “desert climate” with very little rainfall, and there is no natural water here.

Based on all that, you would expect the Lanzarote Temperature to mirror that of the desert we are so close to – searing heat during the day, and very cold at night. But fortunately, we have another element in the weather equation here – the Trade Winds. These winds blow from the north most of the year, and they have the effect of both reducing the day time temperatures to reasonable levels and stopping the huge drop in temperature overnight.

In summary, the Lanzarote temperature fluctuates from day to night as little as anywhere in the world.

And because of our proximity to the equator, the difference between summer and winter is small as well!

What Can You Expect From The Lanzarote Temperature?

To illustrate the point, let’s look at some statistics:

This is the average temperature during the day and it varies from a low of 21 in January to a high of 29 in both August and September – a span of just 8 degrees. Bear in mind that’s an average – in summer we often see mid 30’s and even low 40’s and in winter, we occasionally see temperatures in the teens.

Again this is an average, and it ranges from 14 in January to 21 in August and September. To put that into perspective, in summer here, even in the early hours, it’s often warmer than midday on northern Europe!

And remember, the UV element of the sun here, which is what gives you a tan, is much higher than in northern Europe.

You can sunbathe and swim in the pool or the ocean on any day of the year in Lanzarote.

Remember these are across island averages. So when you see 29 in August, that’s the average for the whole island. Typically that means 26 in the hills and 32 on the coast.

Here’s the table for those who want to see the numbers:

Do you want to see the Lanzarote temperature now? You’ll always find it on our weather page. Have a look at “Today” and add about 3 degrees if you want the coastal temperature:

You can read more about the Lanzarote Weather.