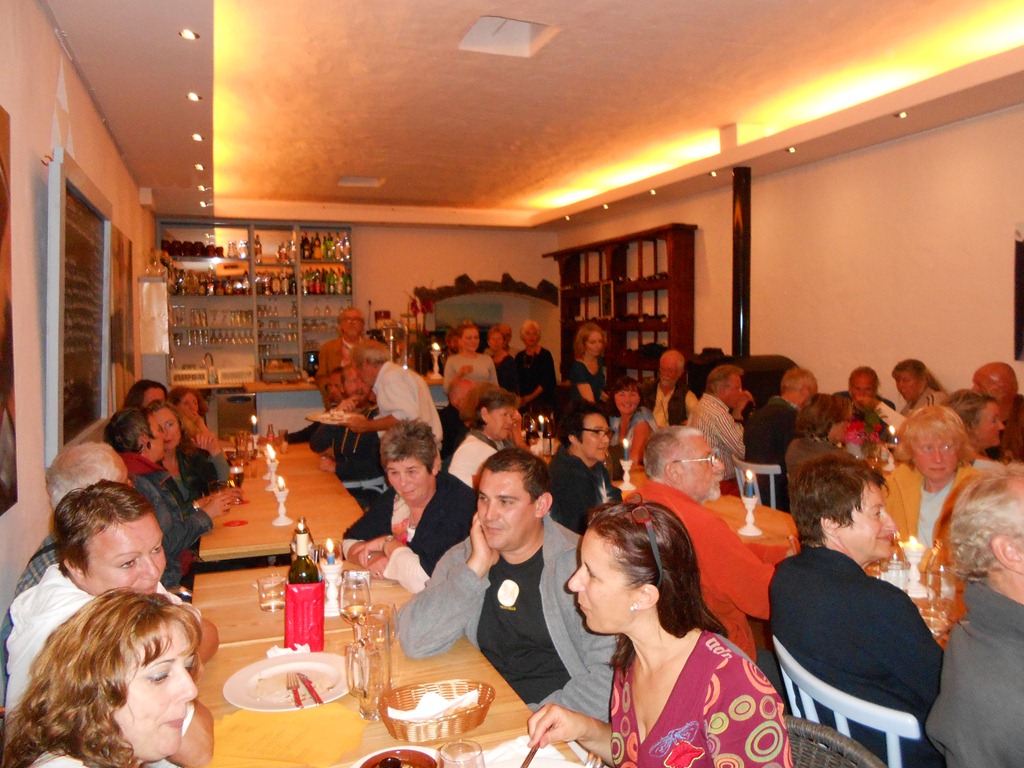 We attended the Más que Son concert at La Puerta Verde restaurant in Haría last night, which gave us an opportunity to see one of our local restaurants that was recently taken over by new owners, at full capacity.

A shorter version of the menu was available for the event, we both selected the crème of pumpkin and curry soup for a starter, I chose the chick peas with strips of rump steak served with yoghurt and pine nuts, whilst Miguel went for the sauerbraten, beef that had been marinated  in vinegar and herbs which was served with a puree of potato and beans. On the drinks front we ordered a bottle of Libalis 2011, a firm favourite of ours and relaxed whilst the three members of Más que Son finished their sound test.

Despite the pressure on the kitchen from all of the diners, our food arrived promptly, the soup was delicious and something we’ll try to recreate at home. Somehow the chef had created a light, creamy and smooth pumpkin soup with a zing of curry which was served with fresh bread and sprinkled with herbs and a couple of red peppercorns. We weren’t disappointed with our main courses, I adored the combination of chick peas dressed with yoghurt, pine nuts and a good portion of rump steak cooked to your preference. Miguel said his dish was extremely tasty with a good sized portion of braising steak, green beans, mashed potato and gravy.

It was a great atmosphere, despite the close seating arrangement. Más que Son are excellent, their Cuban rhythm had everyone tapping and moving to their set, they have regular gigs in Lanzarote so look out for them in our what’s on section. Whilst the others enjoyed cappuccinos, I opted for the dessert of Tiramisu with strawberries which was scrumptious!

A good time was had by all, the restaurant is not normally set out in long tables as in this formation, this was just for the concert. We also met Pierre and Linda during the evening, two of our readers that have relocated from Belgium to live in Lanzarote.

There’s a good range dishes available from tapas to gourmet dishes at Puerta Verde with a fusion of German and Spanish cuisine, using fresh local ingredients. Pricewise our starter was just under €5, main dishes €13 and pudding €5.

The restaurant is situated on Calle Fajardo and open from Thursday to Sunday 12:00 to 22:00.