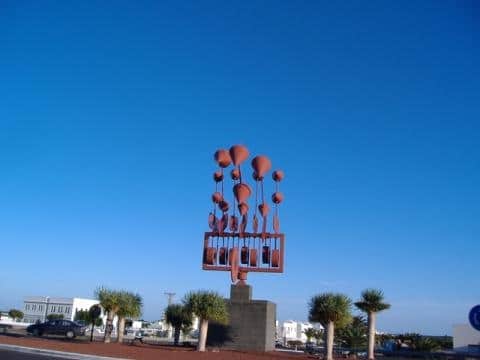 Currently, The Canaries require travellers arriving to have been fully vaccinated within the last 8 months prior to travel. Tourism Minister Yaiza Castilla has confirmed that this will know be extended to 12 months, which is the immunity time established by the European Union. This is now

The market at Puerto Calero will restart on 3rd September and will be even Tuesday and Friday from 0900 until 1400.

New car registrations on the island have increased massively over the first seven months of the year, driven largely by car hire companies rapidly purchasing cars to cover the shortage. Registrations were up 51% on last year, with 40% of them coming from San Bartolomé, where most of the car hire companies are based.

A Record Sunday At The Airport

53 flights came in to Lanzarote last Sunday, excluding inter island flights, making it the biggest arrivals day since March 2019. Incoming flights are averaging 65% to 75% of their seats in use, and island hotels are reporting 7% occupancy of rooms currently.

Lanzarote recorded the island’s first death from Covid for three months, when a 61 year old man died this week in the ICU of the hospital. He had previous serious illnesses and becomes Lanzarote 51st victim of the pandemic.

More Than Half Of Young People Fully Vaccinated

The last group to be vaccinated, the 12 to 19 year olds in The Canaries, has reached the halfway mark, with over 52% of the group full vaccinated and over 70% with one dose. Overall, the archipelago is fast approaching 80% of the population fully vaccinated.

The tourism councillor for Tias and acting mayor, Mame Fernandez has said he expects sun beds to return to the beaches of Puerto del Carmen “Before the end of the year.” The contract for the beds, umbrellas and beach furniture is currently out to tender.

Car Falls In Sea At Orzola

A car fell into the harbour at Orzola when the driver went off the edge of the spillway while trying to recover a boat. Nobody was injured and the 4 X 4 was recovered by a crane.

The Cabildo has approved a project to install solar panels on four of the seven main tourist centres on the island at a cost of €166,000. Savings of around €14,000 a year are expected in electricity bills.

The Arrecife Gran Hotel has re-opened following a refurbishment. Public areas and rooms have been renovated and the hotel now has 160 rooms, including 56 suites.

Another Big Fall In Unemployment

As you’d expect as things get back to normal, unemployment fell fast in August, with a 14% drop in numbers. It was the largest drop since the start of the pandemic and the total number of unemployed is 15% down on the same month last year.

In the same month, workers on the ERTE Scheme across The Canaries fell by 13,000 in August. The scheme pays staff wages while they are laid off from work and there are still 36,000 on all islands on the scheme.