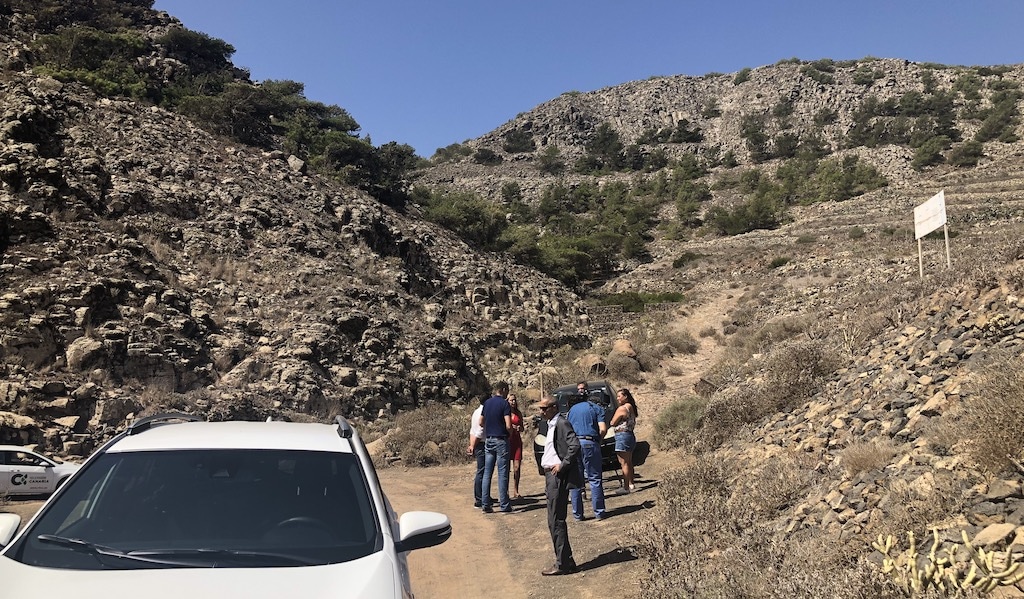 72.4% of the population of The Canary Islands, aged 12 and over, have now been fully vaccinated against Covid. This puts the islands ahead of the rest of Europe, having achieved the threshold for group immunity.

In 2020, Lanzarote produced 1.7 million bottles of wine from 1.3 million kilos of grapes. Each year the regulatory council holds a tasting to rate the vintage and last year’s has been officially given the “Very good” rating, based on a 26 reference evaluation system.

Visitors from the UK were once again the most numerous on the island in July. Out of a total of 64,633 visitors from international airports, 17,164 came from the UK. There were over 11,000 visitors each from Germany, France and Ireland.

Spanish Air Force Drones To Be Based in Lanzarote

Four Predator Drones from 233 squadron of the air force, will be based at the military airfield here in Lanzarote from later this year. A special facility for the aircraft is being set up for them, but they will be controlled by pilots a the squadron’s main base in Badajoz, on the mainland. The €9 million drones will be used to carry out surveillance operations over neighbouring African countries. They can operate for 24 hours at a time, and have a top speed of 445KMH. They can be armed with missiles, if required.

Walk In Vacccinations A Success

Last Saturday a walk in vaccination day was held at Deiland shopping centre in Playa Honda, and more than 100 people took part. The vaccination programme in Lanzarote continues apace, and the island is able to boast that 73.50% of the population aged 12 and over has been fully vaccinated, with 80.50% having had one shot.

An Irishman, known as Gerry “The Monk” Hutch, and who used to spend a lot of time in Lanzarote, has been arrested by Guardia Civil in Fuengirola in the Costa del Sol. Irish authorities had put out a European arrest warrant for him, and police had been watching a property in the town for a few days, where they suspected he was living. He was arrested when he visited a nearby restaurant and was carrying false ID papers. He is expected to be extradited to Ireland, where he will face a number of charges, including murder. Hutch left Lanzarote with a return ticket to Malaga, shortly before police were due to arrest him here last April. He then stopped using his bank cards and disappeared. He was finally tracked down to Fuengirola and was believed to be using a Croatian identity.

The alert for high temperatures remains in place until Tuesday this week, slightly cooler than over the weekend, where the highest temperature was recorded in Haria. 39 degrees is expected on Monday, falling to 37 on Tuesday.

An Arrecife based company is being investigated by Guardia Civil after one of their helicopters spotted them extracting sand from a protected area of the island, near Muñique, using two trucks and a bulldozer. Under Spanish law, disturbing a protected area in this way is a serious offence and could result in a fine of up to €600,000.

The Ayuntamiento of Teguise has finally received authorisation from the coasts department to start the tender process for a new operator to place sunbeds on the beaches of Costa Teguise. It’s hoped it won’t be long before they are back.

Off Shore Wind Turbines Being Considered

A project to place wind turbines off shore, between Arrecife and Jameos del Agua, is being considered by The Mindset for Ecological Transformation. If given the go head, it will be Spain’s first off shore wind farm.

The post lockdown record for arrivals was broken at the airport last Sunday, when 57 flights (excluding inter island flights) arrived on the island. Most were from mainland Spain and the UK. The airport authorities have stated that most aircraft are coming in with over 60% of seats filled.

We’ll add more news here this week as it comes in…..