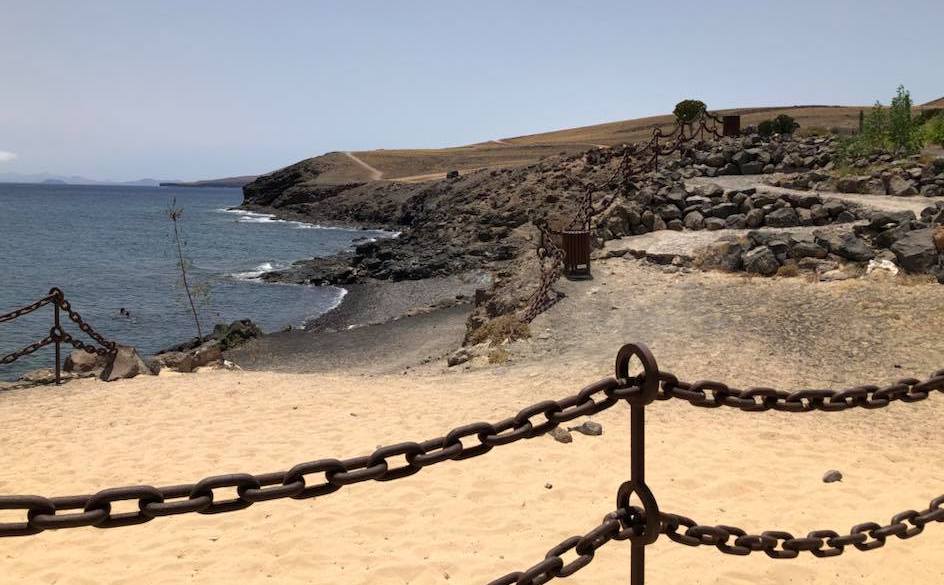 The camp site at Papagayo will be open this year from 30th July to 30th September. For social distancing purposes, there will be a maximum capacity of 142 pitches for motorhomes, trailer tents and large tents. Pitches can be booked from 20th July by calling 928 810 100 extension 2407

A call has gone out across the islands for blood donors, as The Canaries are suffering from a shortage of A+, A- and O+ blood. Those interested in donating blood should request an appointment by calling 012 (922 470 012 / 928 301 012), option 8, from Monday to Friday from 10:00 to 20:00 hours or by filling out the form published on the front page of the website efectodonacion.com.

Final Preparations Underway For The Ferries To Move In Playa Blanca

The ferry companies are currently in the final stages of moving their docks to the new harbour in Playa Blanca and expect to be operating from there soon. The new dock will allow all three ferries from Fred Olsen, Naviera Armas, and Lineas Romero to dock at the same time, which wasn’t possible before. The new harbour, 85% EU funded, is in the final stages of completion, ahead of schedule.

Passenger numbers at the airport grew by more than one third in June versus May, with more than 51,000 passengers coming to the island as tourism continues to open up. The top three markets in order are: Mainland Spain, France and Germany. The number of visitors from mainland Spain was higher than in even pre Covid times.

Over 16s Can Call For Jab

Residents between the ages of 16 to 19 years who have not already received their first Covid vaccination have been asked to call 928 47 89 50 in order to make an appointment. Those in the age range 12 to 15 are being contacted currently by the health department for their appointments.

The weather service, AEMT has issued a high temperature alert for Lanzarote this Monday, with temperatures of 36 degrees in the shade expected during the day.

Lanzarote’s population fell for the first time this century in the year to June 2021. In that month, there were 161, 100 residents, down around 1400 on the 2020 figure. The decrease is largely explained by foreigners returning to their home countries.

Bodega Stratvs, in La Geria has opened it’s doors again to the public and is open every day from 1000 until 1900.

The Avis Corporate app is now available in The Canaries. Business users with the app, can hire cars using only their mobile phone, which will act as a key, saving time at rental desks. Cars can also be rented for just a few hours, as clients are only charged for their actual use of the car. The service is aimed at business users.

The Catlanza catamaran goes back to six sailings per week from Lanzarote, and they have made some changes based on lessons learned during the pandemic – they will be restricting the number of passengers on each sailing, as the experience is enhanced by having more space and more crew per passenger, and they will also be sailing more, in order to reduce the impact on the environment of using the engines.