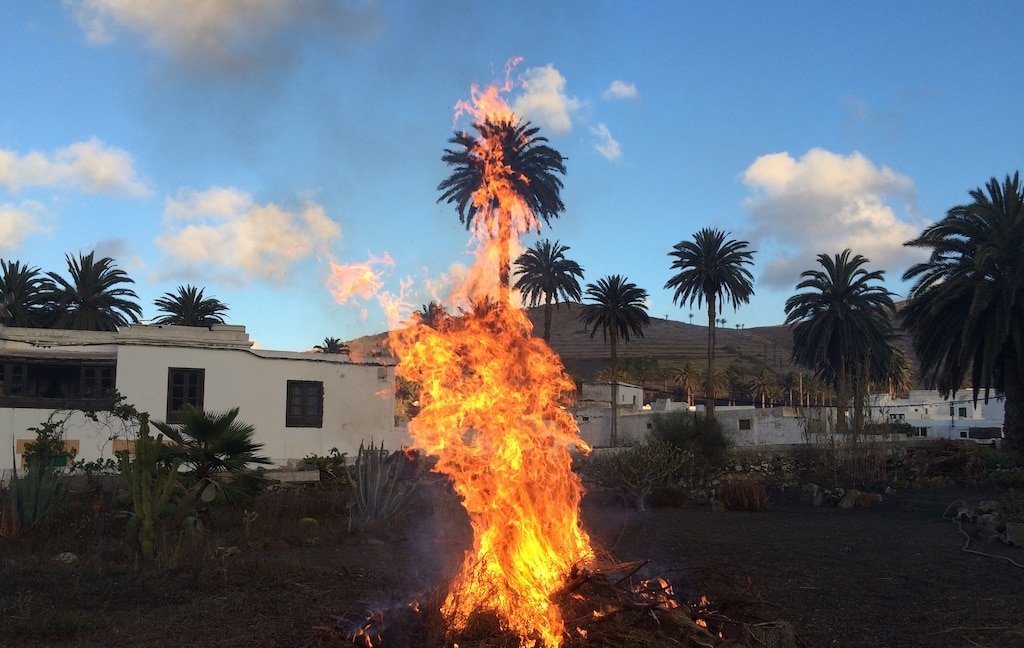 What Is Fiesta San Juan?

San Juan is an important mid summer fiesta across Spain. It takes place around the summer solstice on 23rd June and dates back to medieval times when fires were lit to protect everyone from the evil spirits which they believed were released when the sun turned southward.

Here in Lanzarote, a number of the traditions continue – huge bonfires are lit in most towns and villages on the Saturday around San Juan and it’s the only day of the year where it’s legal for homeowners to have their own bonfires. As we approach the date, you’ll see piles of garden rubbish being gathered in gardens, ready for the big night.

At the larger village bonfires, a dummy is sometimes placed on the top of the fire to represent the devil, and people often bring potatoes or maize to cook. As the fire dies down, children jump over the flames three times shouting “Witches away.”

Fireworks often play a part too, and traditionally, some very loud noon day rockets are set up during the week leading up to the fiesta.

San Juan is also a time of celebration and of family. In the island’s towns and villages, particularly Haria, whose patron saint is Sant John, you’ll find a fantastic atmosphere, with local music and dance and lots of drinking and eating.

You can see what’s happening for San Juan this year by checking out our What’s On section. Use the search facility to select the date.

Here’s a video from Haria, showing the atmosphere: