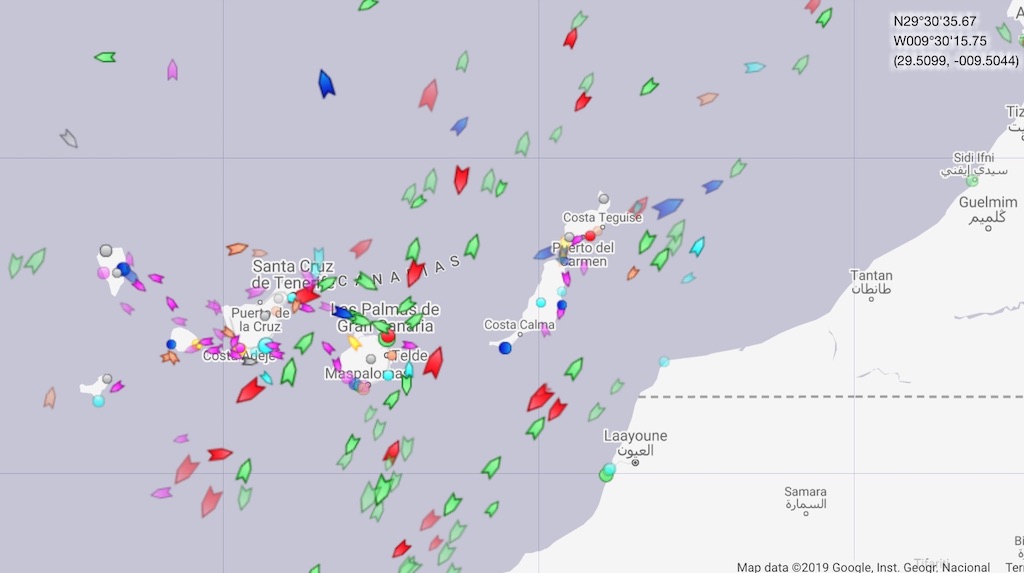 We were contacted by reader David Barwick who lives in Costa Teguise and who runs an AIS Station there which monitors marine traffic and sends the data to Marinetraffic.com. It’s a brilliant service if you’re into ship spotting, or just want to check the name of a ship you saw off the coast.

Every vessel over 300 tons must carry a transponder, which means their location, heading and speed can be recorded by stations all over the world. David’s station, which is known as Arrecife 752 BAZZAB can cover a range as much as 500 miles, although more typically it “sees” about 30 miles. There are two other stations in Lanzarote, one in Playa Honda and another in Macher.

It’s a great way to identify the shipping we all see around the coasts here on a daily basis, and can also give you a heads up when another cruise ship is heading into port.

If you check out the website www.marinetraffic.com every vessel is represented by a small icon. You can hover over the icon and read the vessel’s name, heading and speed, but by double clicking, you can see a photo, as well as loads more data about it, including its destination.