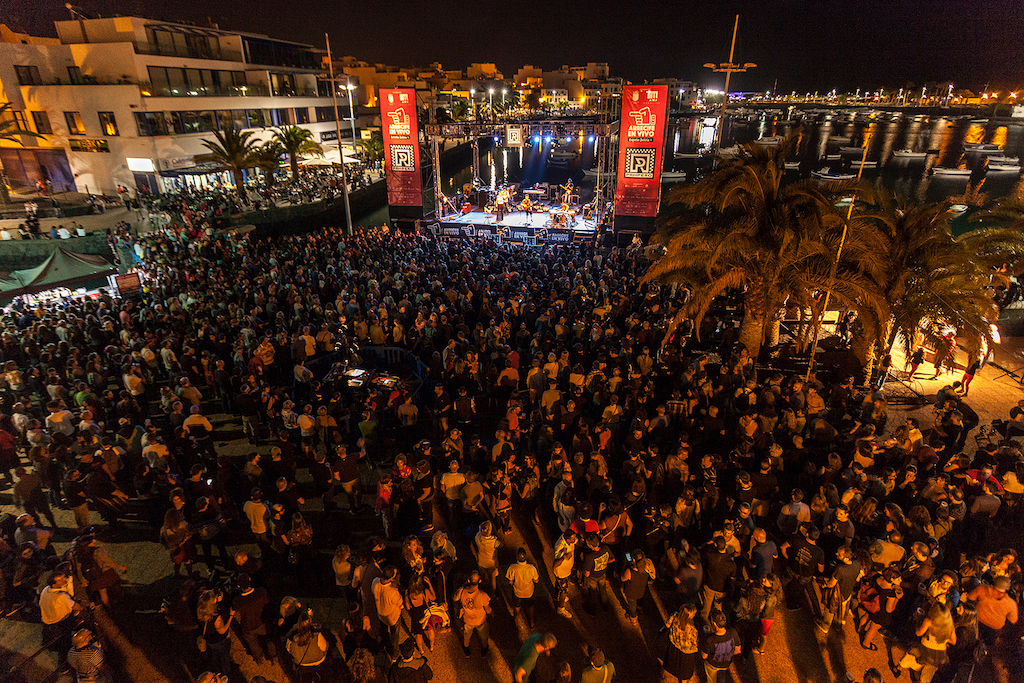 Arrecife en Vivo is the annual live music event which takes place late summer each year in the capital over four weekends.

Every Friday different bands play on four different stages in Arrecife. The fun part is that “street bands” guide fans from one stage to the next and the vibe is fantastic with everyone, literally, dancing in the streets!

Concerts start at 18:00 and  after that a DJ continues with the party.

From hour to hour the group gets bigger and bigger.

There’s a real international flavour to the acts, and the variety of music is huge.

You can find more information about the festival and the bands on their official website: Arrecife en Vivo

Note: At the moment it’s only available in Spanish but last year it was also available in English closer to the event… so fingers crossed!

There are also packages with flights / ferry, accommodation and transfers for people island hopping from Gran Canaria, Tenerife and Fuerteventura.