The Sounds Of Silence 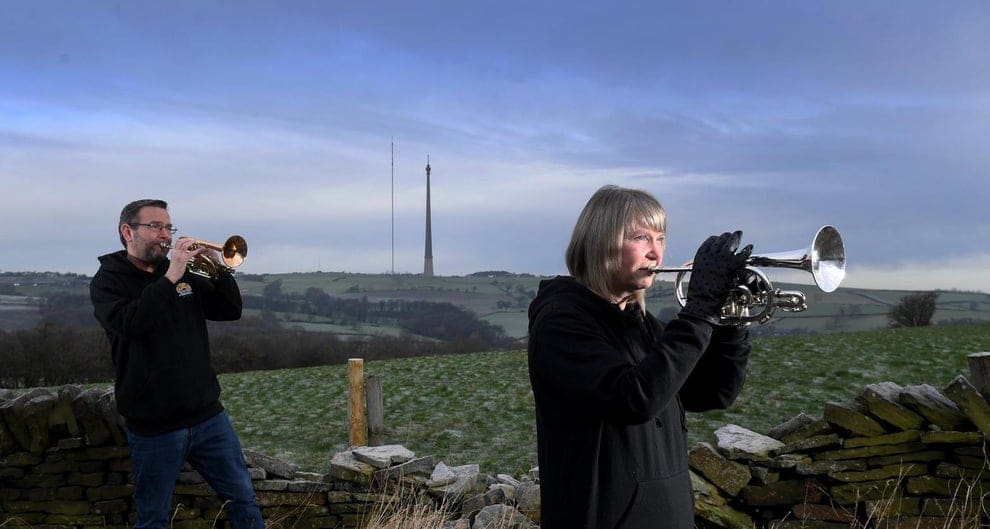 The Culbero Duo, on whom we reported on these pages a week or two ago, have also each performed as solo pianists with the Gran Canaria Philharmonic Orchestra the Concerto for Dos Pianos y Orquesta de Poulenc and El Carnaval de los Animales, under the direction of Gloria Isabel Ramos and Rafael Sánchez Araña, respectively.

Speaking of Gran Canaria Philharmonic Orchestra there is another concert waiting to happen, but that almost certainly now will not, on February 3rd 2021. The programme, we were told would be directed by Karel Mark Chichon, and at the piano would be Ivan Martin playing lead instrument in works by W.A, Mozart in his piano concertos numbers 23 and 40. Karel Mark Chichon has been Artistic Director and Holder of the Gran Canaria Philharmonic Orchestra since May 2017. The concert was to have taken place in Jameos Del Agua and would have surely been a treat.

After a long period of uninterrupted symphonic activity dating back to 1845, the current Philharmonic Orchestra of Gran Canaria (OFGC) emerged as such under the protection of the public foundation of the same name created by the Cabildo de Gran Canaria in 1980.

Since then it has been developing a continuous and stable musical activity, with a remarkable increase in its symphonic and lyrical performance.

The Orchestra has participated in the most important Spanish synchonic cycles and has toured Germany, Austria, Switzerland, Japan and China. They have also delivered very significant mass concerts at the Gran Canaria Arena, in the Gran Canaria Stadium with artists like Sting and Raphael, with Canarian artists such as José Vélez or Luis Morera. The Symphony Orchestra has also performed in the unique Terminal Of Containers Of the Pier Of Light within the Festival of Theater, Music and Dance of Las Palmas de Gran Canaria Temudas.
The name of the Gran Canaria Philharmonic Orchestra has resonated strongly again internationally as the only Spanish orchestra participating in the 24-hour global virtual concert offered for an audience of 200 million people entitled “One World One Family” together with the most important orchestras in the world.

The musicians have recorded for Deutsche Grammophon, Warner Music, Arte Nova, ASV and their collection. The Speck Of Dust. was released by AgrupArte.

Gonther Herbig is Honorary Director of OFGC. OFGC is a member of the Spanish Association of Symphony Orchestras (AEOS).

So, four hands at the piano and a symphony orchestra making a visit from another Canary Island were such treats we were looking forward to and I am urging my fellow Joined Up Jazz Journalist, Steve Bewick in the UK, to play something from each artist on one of his weekly Hot Biscuit jazz radio programme.

That is a programme that can be heard on the internet and there is also a store of Steve´s archive programmes in his mix-cloud, and we will bring details to these pages soon, so that all our jazz fans on Lanzarote can catch it too.

But A Brass Band In The UK Blows Back

Meanwhile we can bring you a good news story about live music in the UK, and many of our readers might be familiar with the regions mentioned in the story.

Seventy Six Trombones was music we were certain to hear whenever the sun was glinting off hundreds of shining instruments being played on the Sunday afternoon of the annual ´blind judge´ best brass band competition. This was held in the spring, in a lovely riverside park in Uppermill near Saddleworth. Thousands of people would turn up to watch and listen to their local brass band from all over the North West. The judges, though, were tucked away behind screens and could hear but not see (or identify) the band that was playing. I suppose, today, Sir Tom Jones and his panel perhaps don´t even know that brass bands from the north invented the idea of The Voice long before TV. Of course, all this was silenced last year. The bands didn´t come and there were no picnics in the park and the only time we heard Seventy Six Trombones was when its lyrics became an infernally frustrating question recently on Only Connect. Nevertheless, come follow your art down the sidetracks & detours of the moors and valleys and their cotton towns, where we can hear brass bands playing for a comeback.

Seventy Six Trombones was composed by Meredith Wilson, a polyglot who was an American flutist, composer, conductor, musical arranger, bandleader, playwright, and author.

He is best known for writing the book, music, and lyrics for the 1957 hit Broadway musical The Music Man which included the song.. He wrote two other Broadway musicals and composed symphonies and popular songs. He was twice nominated for Academy Awards for film scores but Seventy Six Trombones became, here in the UK, a ubiquitous piece, seemingly played by every brass band in the land, at every festival and every competition!

However, those brass bands, symbols of British tradition, were silenced last year when concert halls closed due to covid and outside performance areas such as parks were all cordoned off. Who would have thought that seventy six trombones, with a hundred and ten cornets close at hand, and rows and rows of vituosos, and more than thousand reeds, ´springing up like weeds´, and horns of every shape and kind, and the copper-bottom timpani and double-bell euphoniums and each big bassoon having its big, fat say and the clarinets of every size and the trumpeters who´d improvise a full octave higher than the score could ever be so muted?
So, let joy be unconfined that Ruby Kitchen has reported in The Yorkshire Post that she has heard rumours of the return of such bands. She has. she said in a story on the 30th January 2021, heard ´the brass band´s booming tenor and the uplifting tones of the frugelhorn.´

She told of how, with innovation and no small measure of adaptive spirit, a band of remote ‘buskers’ in a small Yorkshire village is forging a reversal in fortunes. The Skelmanthorpe Training Band, coaching a new generation of brass band players, has found a new network by reaching out in extraordinary ways. The small band now has its own YouTube and Instagram channels, and DVDs they have recorded are delivered to nursing homes, and successful crowd funders are being hosted through the art of a solo musician from the band delivering socially distanced doorstep serenades.

Rachel Taylor, band secretary and cornet player, says this has all resulted in a renewed community the likes of which it has never seen before.

´People couldn’t come to us, so we had to do it in reverse and reach out to people in the village,´ she said. ´This has really brought us together as a community.

“In a way it’s made us fight for what we’ve got, and is making us fitter for the future.”

There is a history and tradition about the village of Skelmanthorpe, recorded in the Domesday book as Skelmanthorpe and probably dating back to Viking times, that is in some ways timeless given that it is also birthplace to former Dr Who star Jodie Whittaker, who of course travelled time and space, perhaps in search of a disappearing brass band.

Small as Skelmanthorpe is, with a population of around 5,000, it is home to four brass bands including a community band, beginners section and training band for those aged seven and over.

Mrs Taylor, 54, is a primary school teacher who has been a member since she was 19, said she can still recall the rundown red hut where practice was held before the band could buy its own premises. When lockdown hit last March, members halted everything.

Then, moving slowly as tutors mastered the technology, weekly lessons for its youth cohort were moved to Zoom.

There followed, eventually, ´virtual´ performances, shared on Facebook and Instagram and through the organisation´s newly launched YouTube channel. Small rehearsals in groups of six were held whenever covid restrictions were temporarily eased.

At the start of December 2020, they had begun a crowd-funder project where people could call on a small socially-distanced group of self-scribed ‘community buskers’ delivering doorstep carols. On one occasion, the group had been approached by a young woman who chased after them to ask if they could sing outside the home of her 94-year-old grandmother. It would likely be grandmother´s last Christmas, the young explained.

´It’s something we would never normally think to do,´ said Mrs Taylor. ´We would traditionally have been too busy with concerts. “or some families it is sad, but at the same time it has brought them so much joy. It’s that sound. It evokes a lot of emotion in people. Music is really wonderful. Something as simple as turning up on the doorstep has meant the world to people.´

A great many brass bands have struggled over recent months as concerts were cancelled and rehearsals scrapped amid a confusing litany of ever-changing rules.

´However, the Skelmanthorpe training band,´ said Mrs Taylor, ´has thrived. Not only has it reconnected with its community, but it is inspiring a new generation of players. Nevertheless, a lot of bands are struggling and that is a really worrying thing.. When this is over, will there be the same number of brass bands as there were 12 months ago? When you feel so passionately about something, it is important. The youth members are our future. Keeping the academy and training bands going is good for all brass bands.´

´It would have been easy to close the doors and wait it out,´ she added. ´ Instead we’ve taken the bull by the horns and fought for what we want to do better. We’ve had to go to our community rather than them coming to us. It has been so successful.”

A lockdown DVD created by the Skelmanthorpe Training Band helped raise funds for its survival, proving an almost sell-out success before being delivered to care homes.

Backing tracks, recorded by members at home, were pieced together by director Robert Jaggar and friend of the band. Joy Newbould.

´Brass has changed,´ said Mrs Taylor. ´A lot of people assume it’s all hymns and marches. People have put so much into it to reach a wider audience. It has stretched all our skills. There is no way we could play as a band at the moment. Still, we are hoping that in the summer, because playing in the village has been so successful, that we can do it again. We’ve got our eye on some sturdy gazebos !´