The Long And Winding Road To Concert 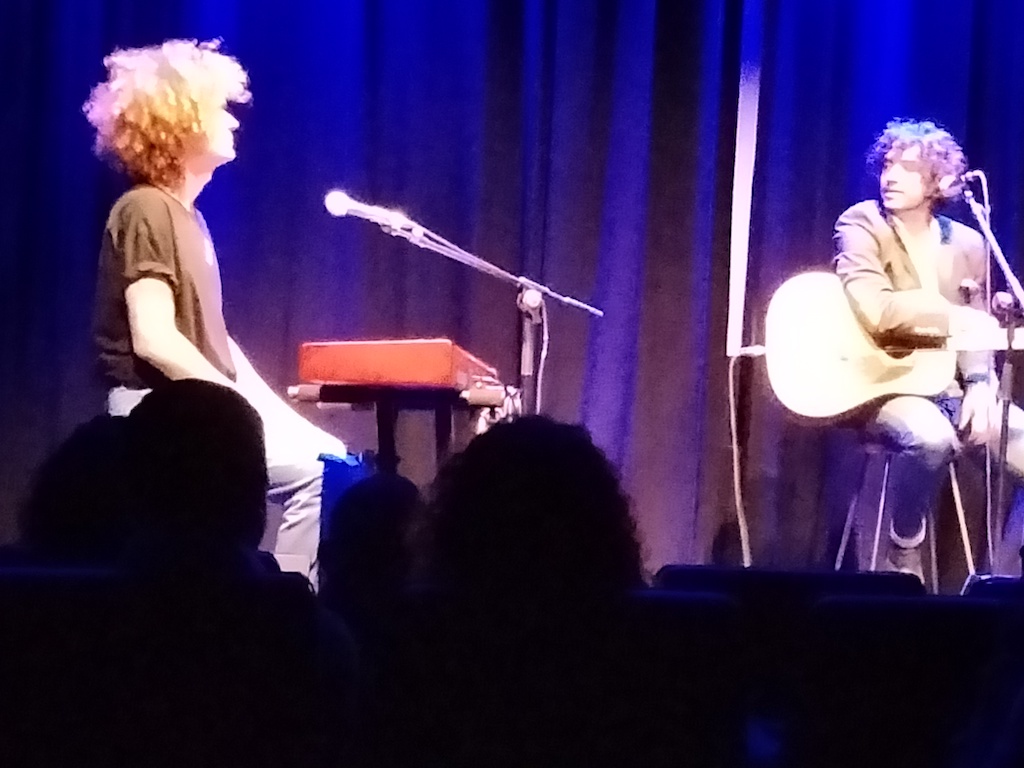 In pre-covid times we were regular visitors to the Cic El Almacen venue in Arrecife. We have seen films in the small upstairs cinema, concerts and lectures, too, and even saw Larry Yaskiel (former music mover and shaker, honorary editor of Lancelot quarterly glossy magazine), being interviewed there in a book launch event. We have visited countless exhibitions in the ground floor and basement galleries and even enjoyed walk and talk guided events by arts afficienado Estefania Comejo. The venue then had a lively bar and a small but buzzing restaurant. We have announced. on these pages. signs of a return to normality at Cic El Almacen but its layout perhaps does not yet enable them to serve food and drink at concert events. Nevertheless, we were so excited by news of this concert, that we just had to make sure we were there.

We were taking the LZ2 out of town, heading for Arrecife. It was around 5.30 pm, the sun was sinking into the sea behind us and the blue sky and virtually empty road ahead were tinged with pink, and the mountains on either side were clearly etched in, with those further out on Timanfaya already looking dark and broody. We were on our way to have a meal and see a concert by singer-writer Said Muti at the Cic El Almacen that would start at 8.00 pm so we pulled into a service station to fill up with petrol sure in the knowledge that all was well and that time was on our side, as The Rolling Stones would have put it.

We were pulled up and pumped up by our one-man team and were heading back out onto the circuit in Lewis Hamilton pit-stop time. I went through the gears and sped out onto the highway, stretching out beyond me, devoid of any cars on the lead.

´This is what I love about driving on Lanzarote´, Ï said to my wife. ´Open Roads, no roadworks, hardly any traffic lights,……´

I drove down the dip and began to climb again and as I crested the peak I had to come to a screeching halt, (sorry officer, I mean I had to gently slow down). There in front of us were hundreds of stationary tail-lights. We sat there without moving at all for about fifteen minutes on what passes as a motorway over here, unconcerned really, until we realised there was no traffic at all coming in the other direction. Figuring there was some kind of road blockage or accident some miles ahead we took advantage of the empty lane beside us and turned and headed back to the Camel´ roundabout and took the right exit and headed instead over Le Geria.
In sunset and shadow the vineyards looked magnificent as we headed for Conil and back down on to the motorway a few miles later, ahead of all that standing traffic in a second Lewis Hamilton style manoeuvre of the drive. We arrived in Arrecife in time to park at Charcos San Gines and I took my garland at the podium and sprayed champagne over passers-by before we went in search of a restaurant where we could celebrate together my re-entry into the F1 championship race. My wife´s precise navigational skills of saying ´just keep going´ had, of course, played a significant part in my success !

Thinking that the pizza chef might not yet have arrived for his seven o´clock shift at our favourite restaurant we were attracted by pretty lighting on the high road around the Charcos, (small lake) at a restaurant we had not previously visited. La Garimba had three or four tables outside, all offering fabulous views of all the fishing boats moored below, bathing in the light of the centuries old church bell-tower. We took a table among the young mums with their children and the few other townsfolk. The chatter of the mothers and the laughter and look-at-me antics of the children were delightful. My Tortilla and papas arragurdas and sauces were beautifully served and delivered, and Dee´s tuna salad came dripping-fresh in a huge bowl filled to the brim, and our drinks of a pint and a glass of white wine were served with a selection of warm bread. I cannot spell, pronounce or describe what my dessert was but it had a merangue texture and was absolutely gorgeous, The staff were polite, helpful and smiley and the hour and half we spent there was a heart-calming, soul-satisfying experience.

That meant we still had time, though, to walk slowly beside the sea and back into town and still arrive at Cic El Almacen (actually an arts centre aka The Warehouse) while the doors were not yet open, due to covid protocols being observed. So to kill the time we sat on a wall to watch half a dozen youngsters kicking a ball about on nearby wasteland that they treated as if it were the Camp Nou stadium. Rolling and dribbling the ball under the soles of their feet, most of them looked as if they might play for Barcelona in a year or two and all of them looked as if they should play for Manchester United tomorrow !

When the theatre opened a few minutes later all covid admission procedures were followed as we took our allocated and segregated seats in what looked to be, in fact, quite a densely packed auditorium. We are usually among the oldest in the concert audiences we are part of but tonight we seemed to be surrounded by our children´s children´s children, all dressed up in their deliberately-distressed chic finery.

We were all entranced by Said Muti, presenting intimate and acoustic versions of some of his best-loved compositions on his latest tour, Los Abrazos Furtivos. He and his piano accompanist shared with us Said´s songs, all powerful yet tender. Everyone enjoyed this concert in which the songs seemed to be being delivered in the form they were born; accompanied by the guitar and voice with which they were composed and the mastery on the piano of Javier, faithful partner of Muti. The show felt deep and personal. Javier was a sweet Garfunkel harmony voice to the more gravelly delivery of Muti and the piano added melody to Said´s urgent guitar.

It was, perhaps, a unique opportunity. Said shortly heads out on a new musical journey, and will soon begin recording what will be his third studio album. So, on this occasion he offered his faithful followers some yet unpublished songs among live versions of favourite recordings like El Forestero and Circulos Viciosas and others created in this last during the lockdowns that have proved so convulsive for everyone. The lyrics and melodies reminded us again of the powerful universe created by Muti in each of his albums recorded so far, and thus gave us plenty of reason to look forward to the next.

We bought one of his earlier recordings, Habitacion. (bedroom?) on the way out and played it in the car on an otherwise uneventful journey home. I didn´t hear too much of it though because my wife kept delivering newsflashes found on her i-pad of what we had almost witnessed in a not very funny thing that happened on the way to the theatre.

´According to Voz´, she said, ´a 48-year-old man has been slightly injured in a rear-end collision on the LZ-2 at the height of the Yaiza IES.
The accident took place around 4:00 p.m. Agents of the Civil Guard, the Emergency Consortium and an ambulance of the SUC have moved to the place
Medical staff assisted the only patient, who had neck pain and lumbar pain and chest pain. Once stabilized, he was transferred by ambulance to Molina Orosa.

The Civil Guard regulated traffic, since the crash had caused large queues on the road. The fire-fighters, for their part, cleaned the area by applying sepiolite to the oil stain´.

So we learned it had happened some forty minutes, at least, before we arrived at the back of the queue, and made our sudden U-turn.

´No, we didn´t officer, not really, I´m only kidding. Cameras? er, what cameras?´