The Little Lighthouse In Arrecife 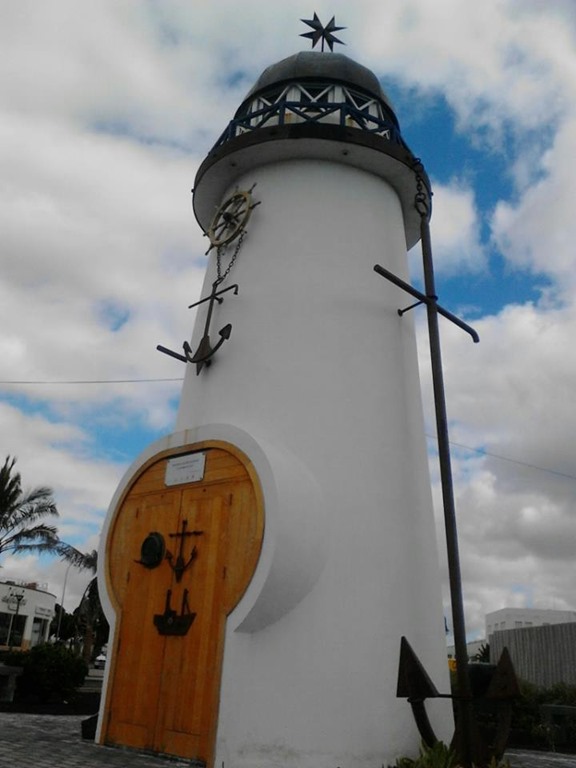 A small lighthouse caught my eye on one of my rare trips to Arrecife. Who knew there was an Arrecife lighthouse.

You might have seen it too, half tucked away in the back streets between the Charco de San Ginés, across from the Marina and on your way to, the Police Station or Ikea.

I decided to check it out recently so I parked nearby and I walked to it.

Well, it turns out it’s a monument dedicated to the seven men that sailed from the Naos harbour but tragically lost their lives, as the signs read:

Location: Two miles and a half from the far tip of El Cabiño, Western Sahara

Estimated Time: Half past seven p.m”

“THE LIGHT THAT LEADS US

Commemorative Monument of the city of Arrecife, in memory and award to the Man of the Sea, who has promoted the birth and growth of this sailor’s tradition city and, to the seven sailors, who died in the Cross of the Seat terrorist attempt, aiming to represent at all the sailors who one day sailed off from this Port and never came back.”

Only three sailors survived the attack and made it back to Los Mármoles harbour.

The monument very aptly named “The light that leads us” was erected in 2013.  Since the tragedy, a floral homage is paid every year by the survivors, the relatives of the deceased and local authorities on the anniversary.

A lovely peaceful setting and certainly a heart-felt tribute for such a sad event.

You can read about Lanzarote’s shipwreck here: Lanzarote shipwreck.