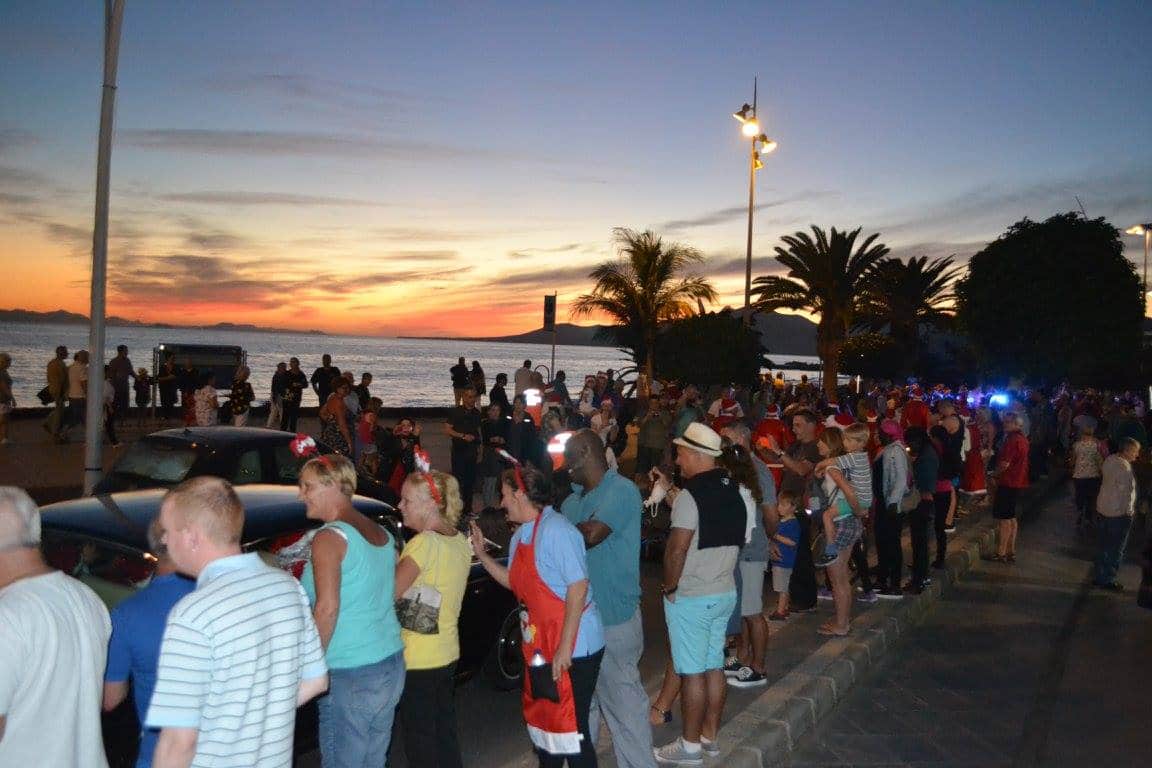 Let’s start this by saying there will be no Santa Parade in Puerto del Carmen in 2019.

We received the Christmas Programme from Ayuntamiento de Tias some time ago, and we duly translated it all into English and posted the information for our readers. There was no mention of a Santa Parade.

A few days later, we received a version in English, again from the town hall. In the English version, a Santa Parade on the 20th December was mentioned, with the route and timings. “Fantastic!” We thought, and we went ahead and shared the good news with our readers, and amended our Christmas Guide accordingly.

Yesterday, we were contacted by the Concejalia de Turismo (tourism councillor) from Tias, Ani Ruiz Bernal, who asked us to correct the information, telling us there will be no Santa Parade this year. She attached to her email another copy of the English version of the programme, and once again, it mentioned a Santa Parade on 20th December. When I pointed this out to her, she told me it was an administrative mistake. In other words, nobody had proof read the English version. Which of course, suggests that the Santa Parade was originally planned, but had been taken out of the programme.

We posted a correction of the information to our Facebook page, which lit up with angry comments from visitors and residents. You can read them on the post:

So those are the facts. But what do we think about it? First of all, a lot of the reaction has been over the top. We don’t think for a moment that the lack of a Santa Parade will significantly affect tourist visitors to the island over Christmas – most come here for other things.

But, it will affect how memorable and magical Christmas is for the children visiting the island. These are our future tourists – if they have a fantastic time here over Christmas, they are much more likely to bring their own children to visit Lanzarote one day.

And what about the charities? The Santa Parade has been a fantastic source of income for several local charities, who work hard on their floats and costumes, and collect significant sums of money from everyone enjoying the event.

Our opinion is that it’s a huge mistake to cancel the event, which has become synonymous with the start of the Christmas celebrations in Lanzarote’s largest resort.

The Ayuntamiento cite a lack of budget, but quite honestly, that sounds like a red herring. There are around 1,000 bars and restaurants in Puerto del Carmen. Asking each of them for a small contribution could easily have covered the cost, which we presume amounts to some overtime for the Police and the clean up afterwards. I can think of half a dozen bars on The Strip who would probably have contributed a large sum of money for the event, on the grounds that they would easily cover the cost in clients watching and buying drinks while they do so.

Indeed, the best Santa Parades in the past have been the ones organised by local businesses, rather than the Ayuntamiento.

The biggest and best ever was the one in 2015, organised by businesses that were part of the Lanzarote Business & Resident’s association. It featured hundreds of Santas, classic cars and motorbikes, reindeer, batucada and much more. It was amazing!

So our message to the Ayuntamiento is this: Find some budget, and get local businesses involved with the planning and execution of it for future years. You can count on our support and effort here at Lanzarote Information.

This is an important event, and for a relatively small cost it makes Christmas magical and connects people to Lanzarote in a special way.

And finally scroll through this gallery from 2015 to remind yourselves just how amazing it can be:

Here’s our guide to events that are happening at Christmas. Christmas Guide.