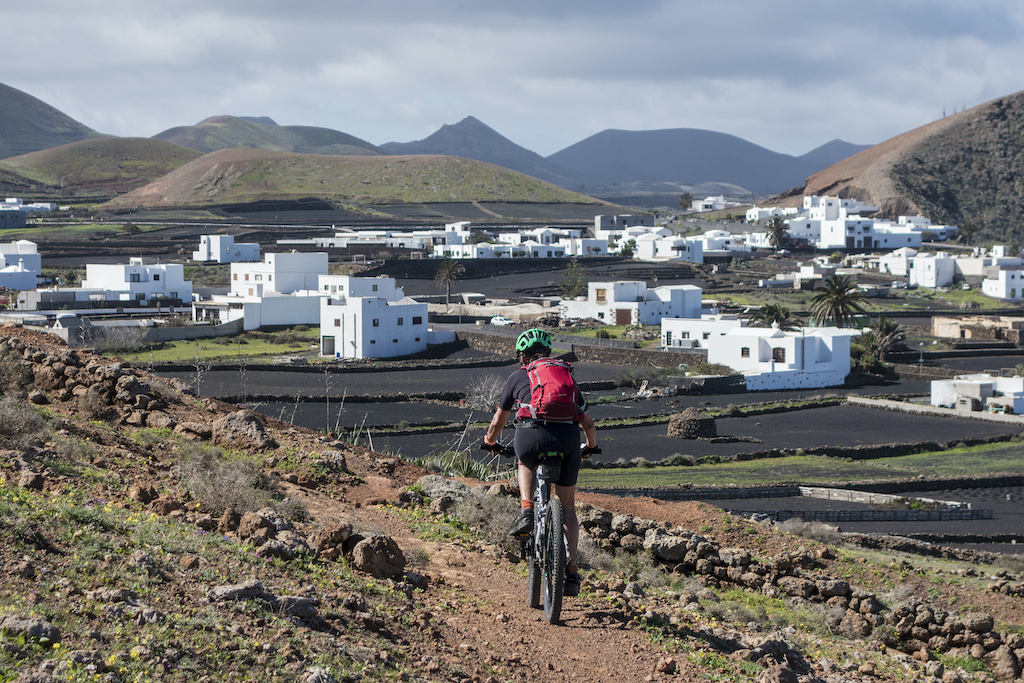 A mountain bike route around the island of Lanzarote was inaugurated on the 3rd December 2009 at the Castillo de San José. The total route is 205.67 kilometres in length but has been divided up into 6 individual routes that connect with each other.

Each of the routes have been graded in their level of difficulty, road surface and maps with full route details are available for download below, courtesy of the website Lanzarote en Bici. The MTB routes were unveiled by professional cyclist Iñaki Lejarreta Errasti who attended the Olympic Games 2008.

The mountain bike routes have been marked with small signals that will either be painted onto the road when on the tarmac sections and on posts when on dirt tracks. The signals are white squares 120×120 mm with an equilateral triangle and two circles – these symbols will be painted red when the route will take more than a day to complete, yellow if possible in a day and brown when in a restricted zone such as a National Park. There is also a number of the route and this will correspond to the difficulty level green is easy, blue = average difficult, red = difficult and black = very difficult.

The mountain bike routes have been designed with both residents and tourists in mind there are tracks for cyclists with all levels of ability, the easiest ones listed are route 1 from Arrecife to Arrieta and route 6 from Playa Quemada to Arrecife.

Aparment L16 is a totally refurbished one bedroom apartment in an excellent location in Puerto del Carmen and it features air conditioning.