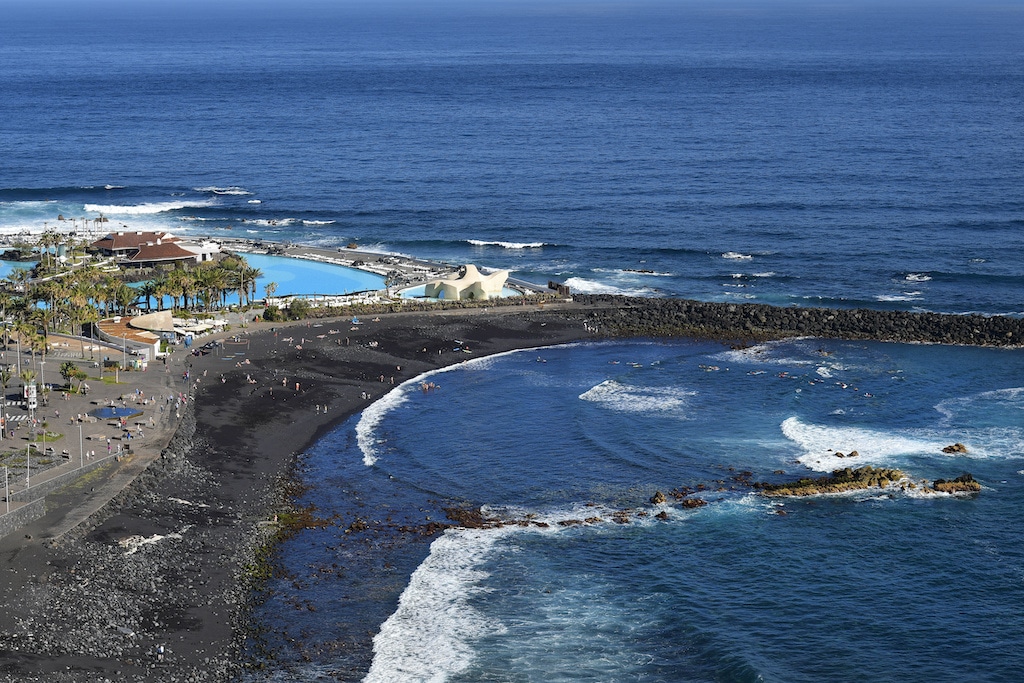 César Manrique’s name is totally intertwined with Lanzarote, the island of his birth. He’s known as a painter, a sculptor, an engineer, an architect and a lobbyist for sustainable tourism. But he is also known for spectacularly impressive “great works,” we’ve listed them in here chronological order:

Taro de Tahiche was the name he gave his house in Tahiche, which is now home to the Fundacion César Manrique. Walking across the lava fields at Tahiche, he noticed the five natural volcanic bubbles upon which he built his first home on his return to the island from New York.

In the same year, and using similar techniques, Manrique created the amazing Jameos del Agua, using natural volcanic tubes and caves to create a swimming pool, a sea pool and a magnificent auditorium.

It was a busy year! Running alongside the Jameos del Agua project, Manrique created his monument to the agricultural worker at San Bartolomé, as well as overseeing the creation of the museum on the same site.

The Lago in Santa Cruz, Tenerife, is an amazing area of swimming pools, islands, bars, restaurants and park areas, all created out of natural materials and filled with interesting sculptures and statues. Work started in ’71, but it wasn’t until 1977 that it opened.

Manrique regularly popped back from Tenerife to oversee the work at Mirador del Rio. Originally a military gun battery to oversee the strait between Lanzarote and La Graciosa, Manrique created a glass fronted building with verandah, set into the cliffs and with one of the world’s greatest views.

Manrique was heavily involved in the construction of the Salinas hotel in Costa Teguise in the 1970s, designing the gardens in the centre of the hotel and also creating huge stone murals, using basaltic lava rock,  for the reception area.

(Sorry folks, we don’t have an image of this one, but we’ll get one next time we are in Madrid.)

This is one many people don’t know about, but Manrique was commissioned to help with the design and development of a large shopping centre in Madrid in the 1980’s. He used his usual flair and style to create areas with shade and others with natural light in what was a very modern design that still stands the test of time.

Another viewpoint, this time on the island of El Hierro. Manrique created a new building in the traditional style using local stone and lots of glass to create a viewpoint looking out over ocean.

The cactus gardens, back here in Lanzarote, was Manrique’s last big project, which he ran while creating his new home in Haria in the late 80’s. He chose an area that had been a quarry and then a rubbish dump and created a home for 1000 species of cactus.

Manrique was killed in a car accident in 1992. At the time he was working on his “Wind toy” project. He had seen the windmills that were dotted all over the island in his youth gradually disappearing, so he had drawn up plans for complex wind toys. After his death, the fundacion pushed on with the project and created several from his drawings, which you can read about here. Manrique Wind Toys.