Loving It In Lanzarote 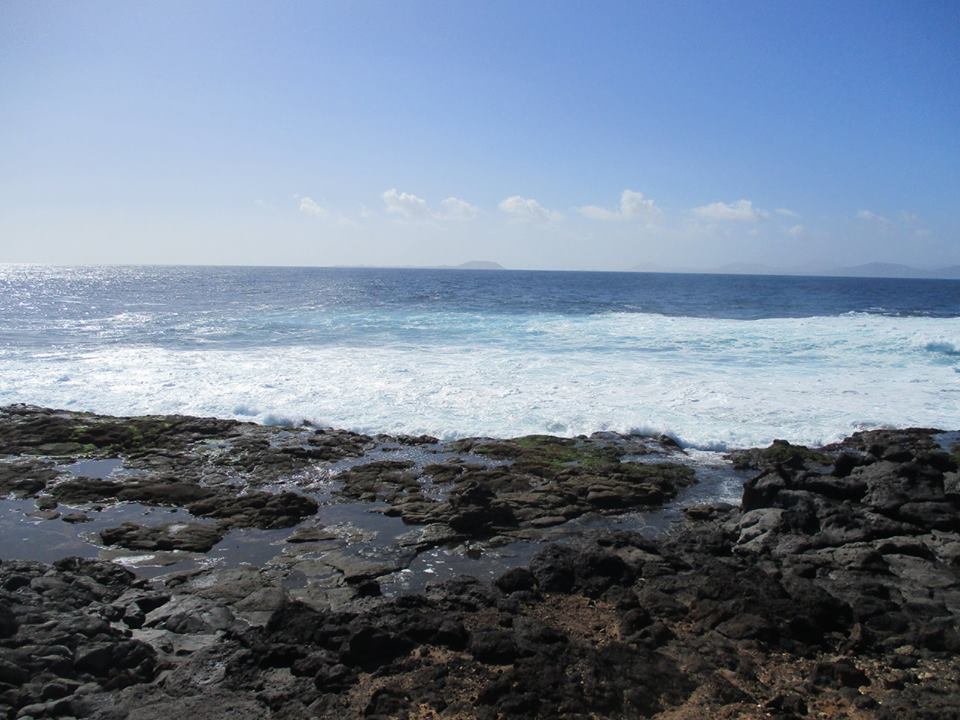 This is a guest article by Glenda Young, who asked if she could share her thoughts with you all following a recent visit to the island.

Last night we returned from our seventh visit to Lanzarote. The washing machine’s in overdrive as I type this. The suitcases still have their airport stickers on, waiting to be put back into the loft. And so, before the memories of the last seven days of lovely Lanzarote get lost in the routine of our lives, I wanted to write a few words about this very special place.

Our first visit was February 2010 when we were in need of some sunshine. We’d had to cancel our summer holidays to Conil de la Frontera in Andalucia the previous September as I wasn’t well. And by the time I was fit enough to travel, Christmas had come and gone and it felt like we needed a break. But we had no idea where to go at that time of year. Where would the sun be shining in February that wasn’t too far away?

We started looking online and the Canaries kept popping up in our searches. Neither my husband nor I had been to the Canaries before and so we bought a guidebook and decided, finally, on Lanzarote as our island of choice. Why had we never been before? We thought we wouldn’t like it, if I’m honest. We thought it’d be full of high rise hotels, English bars and lager louts.  How very wrong we were.  Over eight years later, we’ve just returned from our seventh visit to Lanzarote, to Playa Blanca, to the same hotel we’ve stayed in every time we’ve been there. We even had our honeymoon there in 2011.

It’s a special place, Lanzarote. There’s a quietness to it, a hush. It forces you to slow down and relax. That’s not because there’s nothing to do. Indeed, you could spend your whole holiday being as active as you like… or you could spend it doing nothing at all. We seem to choose a mixture of the two.  Past holidays have included coach excursions to the main tourist sights – and they are definitely worth seeing. We’ve been up mountains, down in caves and learned all about Ceasar Manrique and his influence on this beautiful place. We’ve done tours of the north and the south and walked our legs off up and down the Playa Blanca coastline.  What we’ve never done is hire a car, although plenty of people do. I guess we just like to be passengers on this island, to relax and kick back and if an excursion coach stops at a pub for lunch, both of us can enjoy a couple of beers. Well, we’re on holiday after all.

Now that we’ve done all of the excursions, this time we made our own tour of the island – by public transport. It’s not the first time we’ve seen the sights this way, it’s easy enough to get in and out of Arrecife by bus and we travelled to the cactus garden this way last time we were there, and spent a day in Arrecife too.

This time we took three buses from Playa Blanca to reach the stunning Famara Beach. We had a long walk on the hot and windy sands looking for (but failing to find) the bungalow which Pedro Almodovar used in his film Broken Embraces. If anyone’s interested, it’s this one:  Facebook

As a huge fan of Almodovar films, Famara Beach has long been on our list of places to visit in Lanzarote and we weren’t disappointed. It’s as dramatic as it is beautiful.

From Famara Beach we took another bus to a tour of Lag-O-Mar. It was a long day, but a great one, finished off with a couple of beers from the new Nao brewery in a Playa Blanca Bar.  A fitting end to a wonderful day.

And as for our next visit? There will be one, that’s for sure, but when it will be … who knows? We’ve bought the lottery ticket for tonight. Fingers crossed. We’ll be back.