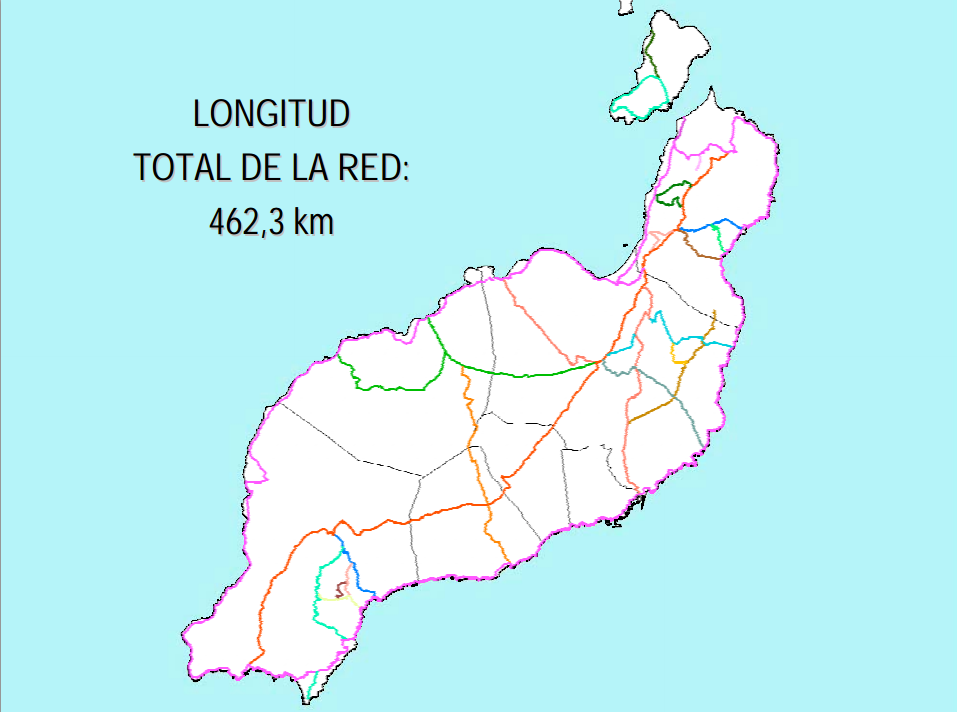 This footpath stretches from Órzola in the north of Lanzarote, through the centre of the island to Playa Blanca in the south.

The project to create the GR131 and another coastal route GR135 was agreed by the Ministry of Environment and Cabildo back in January 2011, Tragsatec were drafted in to consider the route which should include Lanzarote’s unique and special places.

The total cost of the project was in excess of €900,000, but it has created an exceptional series of walks that show off the beauty of Lanzarote.

Natural Trail routes are promoted by the State, Lanzarote will be included in the national network of trails within the Spanish territory.

President of the Cabildo, Pedro San Ginés commented “that our island has a long distance footpath with special features fundamental in historical, natural, cultural and heritage aspects within a national network, places us in a privileged position in terms of tourism promotion.  Looking for tourism alternatives to sun and beach tourism that are compatible to our social and economic development of our citizens with respect for the landscape and safeguarding our cultural heritage is and will remain one of our goals.”

The GR131 route is shown as the orange line on the map above which cuts through the middle of the island, starting in Órzola, passing through Máguez, Haría, Teguise, San Bartolomé, Tías, Uga, Yaiza and finishing in the resort of Playa Blanca.

The pink route marked will be the GR135 which is a circular footpath of 182.9 km stretching around the coastline of Lanzarote.

GR is short for for Gran Recorrido which means the path is longer than 50 km and requires more than two hikes to cover, these footpath signs are red with white markings.

The footpath connects all the islands together, so it is now possible to walk all seven islands staying on the GR131.