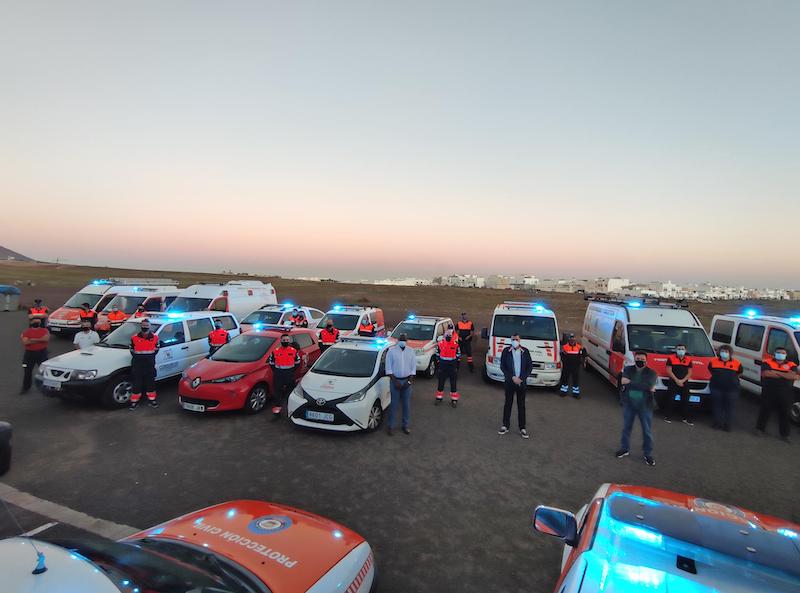 There has been a jump in vaccinations this week, with more people coming forward. The 20 to 29 year old age group has now passed 70% fully vaccinated, and children in the age group 5 to 11 have already reached 23% with a first dose – this group is the one with the highest transmission of covid currently.

In Lanzarote, here are fully vaccinated rates by age group:

Additionally, more than 27,000 booster doses have already been given to those aged over 50.

Lanzarote currently has four patients in hospital, three of whom are unvaccinated, and none in ICU.

Tourist numbers in November were on a par with the same month in 2019, with hotels and complexes taking €53.9 Million, compared to just €6.19 Million last year.

Electric Buses For The Island

Intercity Bus has put out to tender the supply of the first three fully electric buses for the island, together with three dedicated charging points. The tender is worth around €1 Million and is the first step to moving the fleet to fully electric.

Access has been closed to the lower, arrivals area at Lanzarote Airport, other than for buses, taxis and hire cars being returned. Private cars will only be allowed to use the upper, departures deck, or park in the car park.

The airport suffered some issues on Sunday afternoon, with low cloud and a southerly wind causing several missed approaches, long holds, and some diverting to Fuerteventura. At least two flights remained in Fuerteventura overnight and travellers were put up in hotels, as were those due home on the return flights.

The RIU Paraiso at Los Pocillos in Puerto del Carmen has re-opened after an extensive refurbishment programme. All 597 rooms have been completely modernised, as have all the public areas, and there are two new restaurants.

Residents in the 50 to 59 age group have been called forward for their booster jabs. They can call their medical centre or drop into the central medical facility in Valterra to receive their third dose.

The first stage of a plan to plant many more trees in Arrecife has the go ahead this week. 25 trees, with their own irrigation will be planted in the capital, at a cost of €160,000. The contractors, as part of the agreement will guarantee the 25 trees for five years and employ five new workers in full contracts.