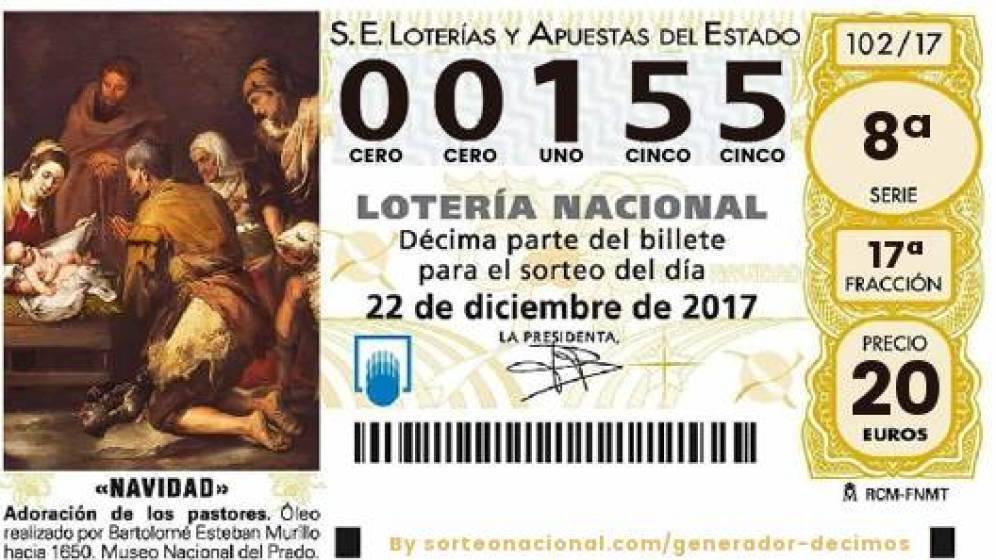 El Gordo, “The Fat one,” is Spain’s famous Christmas lottery. It has the highest payout of any lottery in the world, and has been running every year since 1812, making it the world’s second oldest lottery.

It’s a Spanish institution and if you’re on the island, you should take part. Around 75% of the Spanish population buys a ticket. Here’s how it all works:

How much are tickets?

A whole ticket is €200, but most people buy decimos, which are a tenth of a ticket, at €20 each. Many people get together in work or family groups to buy a single ticket.

Where do I buy them?

At all official lottery shops on the island, and also online here:  Christmas Lottery.

You don’t pick numbers – they’re all issued already, so you choose a number, from those available that you like the look of.

How much can I win?

The overall payout is massive, but it’s spread much more evenly spread than most lotteries, and you stand a 10% chance of getting your money back. There’s €4 million for the first prize, and €400,000 each for anyone with a tenth of that ticket. But there are a massive amount of permutations. For example, there are nearly 1800 prizes of €1000, and nearly 9000 of €200.

When is the draw?

On the 22nd December, and it’s an all day job with so many prizes! The draw takes place at the Royal Theatre in Madrid and the winning numbers for the larger prizes are sung by pupils from the San Idelfonso school, formerly for orphans, and traditionally, winners donate some of the prize to the school.

The entire draw is televised live, and played on state radio, and whenever a large prize is announced, you’ll find everyone stops what they are doing, to listen in.

Because of the way lottery outlets sell only a few full numbers, multiple winners tend to come from the same area. For example, in 2005, the town of Vic in Catalonia, with around 37,000 inhabitants, shared about €500 million, or €300,000 per winning decimo.

Those attending the live event in Madrid dress up in outrageous outfits, creating an amazing party atmosphere.

Those who get their money back traditionally reinvest it in El Niño, which is the draw that takes place on January 6th.

Would you like to receive our famous weekly newsletter?