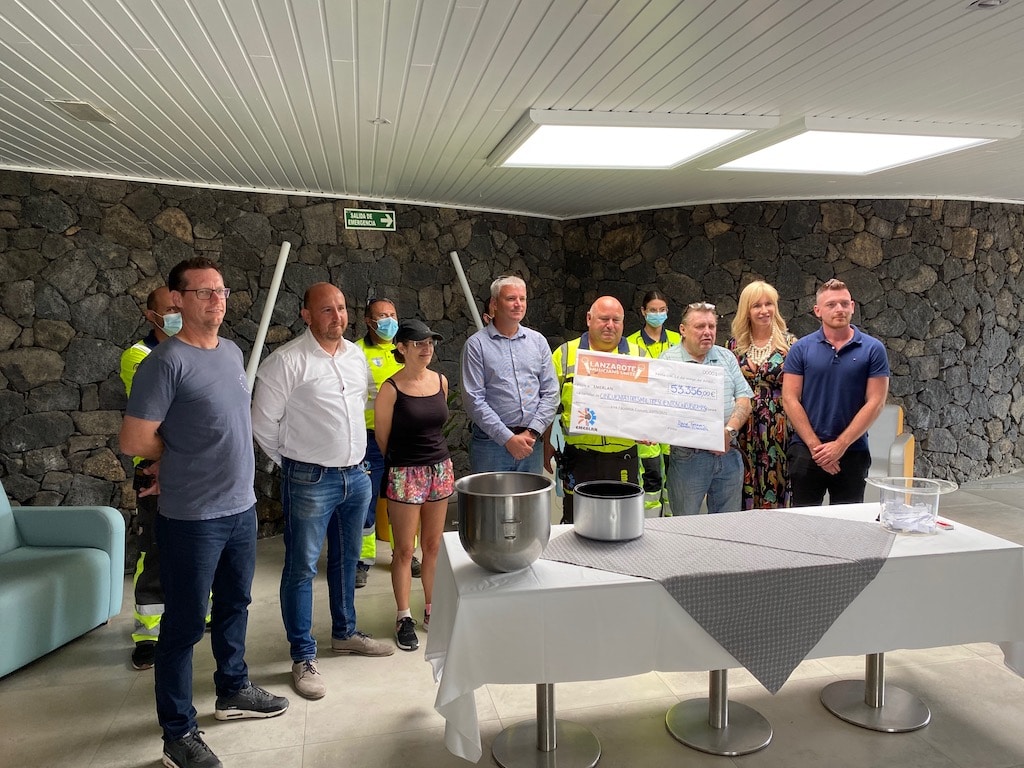 Susana was part of a team of people, with Lanzarote Musicians Unite, that helped put together the amazing live concert that took place last weekend in Lanzarote. We asked her to tell us about the experience of the event, which saw a huge outpouring of love for Lanzarote, from all over the world.

The fundraiser concert that took place on Sunday 10th of May, 2020 will probably be the highlight of Lanzarote during Lockdown in years to come. I couldn’t be prouder to say that I was part of it. This is a personal experience of the event.

How did it all start?

So much has happened during the last two weeks, my head is still spinning. Where to begin? Well, how about how I got involved?

I knew David Timmos through a very good friend of mine but I think I had maybe only heard him sing once or twice in the past. Somehow though I saw his “rant” on Facebook about how difficult it was for many people in Lanzarote financially at the moment with the Goverment help not having materialized in over a month an a half. The next think I saw his other post saying something in the lines of “rant over, let’s take action, let’s organise an online concert to raise money for those in need”.

I thought to myself, great, get in touch with him, I might get a scoop for Lanzarote Information about this concert, this sounds good.

So I did, he told me it was only in its early stages, he’d appreciate any exposure the initiative could get. This was my first contribution to the cause: Charity concert.

Then I made the “mistake” (blessed mistake!) of suggesting to put a small Press Release in Spanish for him, to reach the local media. He said: “yeah, go for it”. And then he said: “I have a favour to ask”. I said: “Yeah, go for it”. That kept happening back and forth. And the rest is, as they say, Lanzarotean history.

So what happened next?

Don’t take me too literally on the figures (or dates! *rolling my eyes*!), they might be inacurate. This is only my recollection of it all. Originally the idea David Timmons and Joey Bracken had was to gather a few musicians, 20 or so, I read somewhere to do half an hour gig online each. In between performances, there would be a raffle with prizes that local businneses had started to donate, as the word spread. Now, bear in mind that David said from the beginning that luckily himself wasn’t struggling, but I know some musicians are, including some that participated in the concert. Same goes for the local businesses that have donated raffle prizes… some of them have donated money too despite of their own future being uncertain!

At this stage I found out about Graham Bowman, who was already helping families get their basic needs met through a private group. In our project he was in charge of collecting and organising the raffle prizes, about 16 of them, David had initially told him. Between singers enquiring if they could take part in the concert and more prizes being donated, it was decided that the raffle would take place separately from the weekend towards the end of the following week. Each donation made on the website meant that the donor was automatically entered in the raffle.

So this event kept growing and the format kept changing, always to accomodate the great response that it was having. If I’m not mistaken on the Tuesday David and Joey went on the radio for the first time and the donations page went live shortly after their interview. I checked it out and I saw their goal was to reach €10,000. I sniggered, thinking “right, they’ll be lucky to reach a coulple of thousand euros, but ten thousand? in their dreams!”

The following morning I think we reached the 1st thousand euros and I think it was the first time I cried. And I have cried many times, believe me. The Facebook group that had been set up was also growing quite quickly. Both Spanish and English media in the island were beginning to talk about the initiative. It grew legs, and they were fast legs!

I learned about well-known entrepreneur Geraldine McFadden being involved as well, not only by donating the star prize of the raffle but several others. She has being a key point for the project to take off, undoubtedly.

Also, at one point David and I were discussing “wouldn’t it be great if we could make this look nicer on the Facebook group?” Neither of us knew how. Next thing David said: “You’ll never guess what? A guy called James Crawley just contacted me to see if we need any help and he happens to be a graphic designer!” Have you ever heard of “Ask and ye shall receive?” Well, we did try asking for a million dollars, even Joey threw the challenge out there to any rich friends any one might have that would double what we have achieved. Neither of which has happened… yet, though.

Oh, and by the way, I’m not the only Spanish in the “dream team”. When looking for a deserving charity to raise the money for, David thought of his friend Amado Vizcaíno, a local restaurateur and politician, who happen to be a volunteer with EMERLAN, the emergencies volunteer non-profit organisation in Lanzarote. One of the things that I liked about this whole adventure is that the day after being on the radio, Amado, David and Joey went to visit EMERLAN to see first hand what they were doing during this emergency that the COVID-19 has brought upon us. And what they reported was heart-breaking, and humbling, that’s how they described the experience. Only as one example: from normally helping about 120 families, they are currently looking after 400! They were obviously overloaded with requests for basics. Little by little we’ve all been learning more about their work and the more we found out, the more deserving we thought they were to be the chosen charity for the event. Needless to say, they are many others wonderful organisations including each municipality Social Services, Red Cross, Caritas, etc, even private groups and individuals that are helping too. Unfortunately only one could be chosen to be the recipient of the funds we raised.

What did we achieve?

Most of the people following our adventure will be familiar with these figures:
36 performances of about 40 different musicians (some perfomancese were two people playing/singing together) from half a dozen different nationalities and all residents in the island during 11 hours (yes, we went a bit over the 9 scheduled hours!) and 166 raffle prizes later, we were very proud and honoured to present EMERLAN a “fake” cheque -as the money is directly transfered from the donations platform onto the charity- of the incredible amout of €53,356!!!

What has been the secret of this success?

I had no prior experience organising events, never mind charity events. But the synergy resulting in the dream team that David and Joey have put together has been amazing. Destiny? Call it what you want. Plus apart from the seven names that keep appearing, there are many, many anonymous supporters behind the scenes that helped. Also anyone liking, sharing, commenting, tagging, contributing has helped. Any one donating prizes and actual donations has help. This has been everybody’s project, people made it their own. There is no other way to explain its success but I think the project struck a chord with people’s hearts, punt totally intended!

It has been heart-warming to see the love and loyalty that both residents and tourists have for our little island, the strong community sense brought us together like never before.

First of all, I for one would like to know more about EMERLAN and how we can help them further in the future, because this is not a sprint we are in, it’s marathon. And while the money raised will go a long way, we are not out of the tunnel yet. Even in “normal” times their work is comendable!

EMERLAN has already told us that they will use the money partly to buy food and first necessity items, to pay providers. They will keep us informed on what else the money is used for.

Also, for anyone that wanted to donate and missed the chance during the fundraiser, there will be an option to donate directly to the charity, we’ll keep you posted.

Finally, the facebook group remains open and active, with new messages of encouragement from local and international musicians, new press presence and much more. Plus a new website has been created Lanzarote Musicians.  It’s still only starting but I’m very excited to see how this one develops!

People have congratulated us on our achievements, many of them saying: “I wouldn’t have been able to do what you have done”. Well, we didn’t know that we could! So this is my advice to people, never think your contribution is too little, or worry what will people say. Just reach out and help out in any way you can. If you are very lucky, you’ll bump into other like-minded people, like I did. And miracles can be achieved.

I’ll be forever grateful to David for allowing me to get on board this unbelievable rollercoaster. Have I regretted having offered to help? Never!

Here’s a list of some of the work Emerlan has been doing recently, to give you a flavour of what they get up to, and how the money is being spent.

And this is why they are heroes without the need of a cape:

In Lanzarote and La Graciosa, without rest.

Every single penny you’ve donated will make sure they can continue to carry on this priceless hard work.

Emerlan Donations until today, 14/05/2020, at 10pm Lanzarote time on
https://www.gofundme.com/f/Lanzaroteuntied