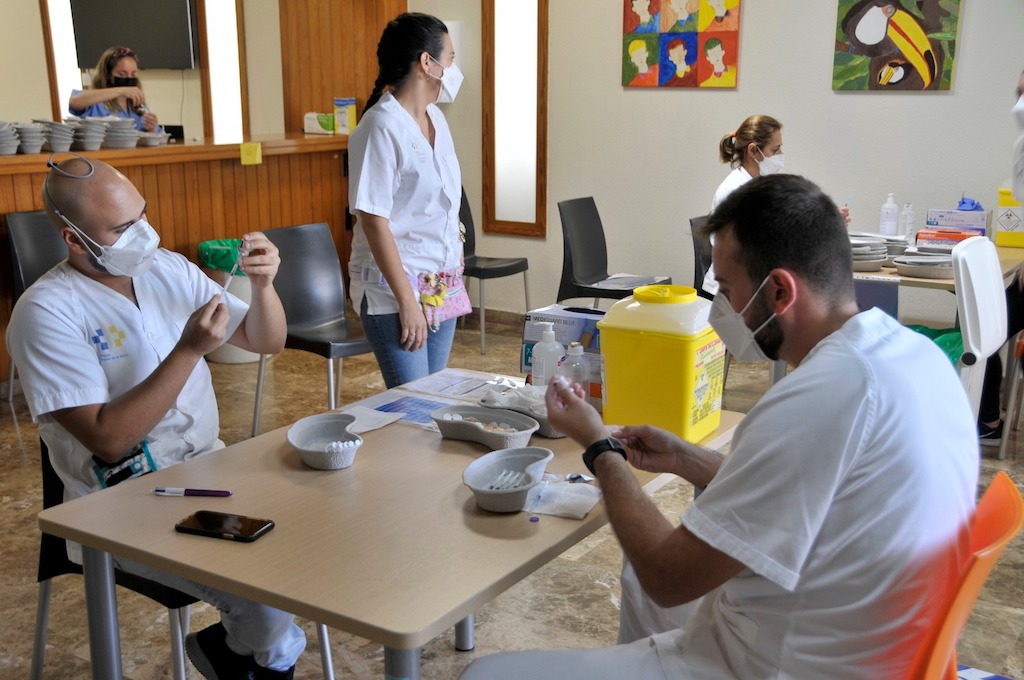 Lanzarote is significantly ahead of the larger islands in terms of vaccinations, and as of 8th July, 68% of the population have had one dose and 54% are full vaccinated. We remain on target to achieve the 70% group immunity threshold during the month of July.

In a fascinating interview with La Voz, Baltasar Gómez, who is head of the island’s track and trace team, gave some interesting insights into how things are going and helped to dispel a few myths.

Can you still get covid if you’ve been fully vaccinated?

There is an oft repeated mantra on social media that you can still get Covid even if you are fully vaccinated, and Baltasar confirms that is correct, but emphasises that you are dramatically less likely to do so. So far here in Lanzarote 45 people, who were fully vaccinated, have subsequently tested positive, but that represents just 0.06% of the total who have had the jabs.

He went on to say that of those 45 most either didn’t develop symptoms, or had very mild ones. In total, 4 of the 45 had symptoms serious enough to require treatment, and all have subsequently been discharged.

Where are the cases coming from?

Of the active cases on the island currently, 21% are “imported.” Most of them have been brought in by students returning to the island, and very few from tourists visiting.

Who is getting Covid?

This is the most direct proof of the effectiveness of the vaccination programme. The average age of those testing positive has fallen quickly and is directly related to the progress of vaccinations in each age group. Currently, the highest number of active cases is in the under 45’s with a large proportion of them under 35 years old.

Is the Delta variant here?

Baltasar confirmed that the delta variant has not arrived in Lanzarote yet, but that it is present in both Gran Canaria and Tenerife. He said it’s almost inevitable it will reach the island at some point, as it already represents 10% of cases in the capital islands.

How is traceability going?

Baltasar said that during much of the pandemic, traceability had been running at up to 90%, but that recently it had fallen to 61%, largely because imported cases mean the track and trace role is transferred to that area. For example, if someone brings covid to the island from Valencia, it’s the Valencia track and trace team that go back through their contacts.

He also pointed out that his team face people who are sometimes reluctant to pass on information about who they have been in contact with and finished by saying “We are not policemen, what we want is to cut the transmission chain and do the necessary tests.”

You can see the latest vaccination numbers for the islands here: Lanzarote Covid Vaccinations.