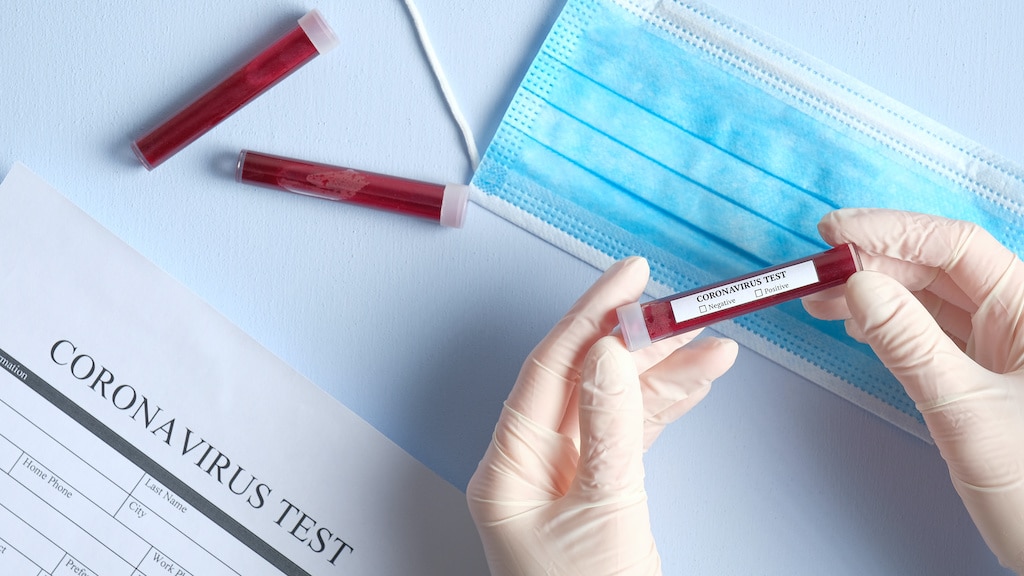 The government has ceased recording daily covid numbers, instead offering a bi-weekly report. For that reason, we’ll cease to post the numbers daily here and leave this article up to retain the historical data you can see below.

Lanzarote has had 69 deaths from Covid 19 since the epidemic began.

These are the peak numbers and the date when they occurred:

Stay up to date with the latest information with our famous weekly Lanzarote Newsletter.

Lanzarote was “locked down” on 14th March 2020. All essential businesses were closed, travel to and from the island stopped, and there were very strict rules about leaving your home, with only one person allowed at a time and for essential reasons only.

The first death from Covid was on 25th March 2020, when a 71 year old German resident lost his life. Within two days, two more had died.

On 29th March 2020, the lockdown was extended until 9th April. But this time, there were over 1,000 cases across the islands, and more than 30 people had died.

On 10th April 2020, the lockdown was extended for a further 14 days, and it was noted that Spain had introduced one of the world’s strictest lockdowns, but also that it was having the desired effect in The Canaries, which had one of the lowest infection rates in the world.

On 26th April 2020, Lanzarote moved into the first phase of a “Lockdown de-escalation.” This was a four phase process, which was aimed at seeing life return to normal over a period of time. At each stage, the rules were relaxed one by one. Lanzarote progressed through the phases quickly, due to very low numbers of infections.

On 21st May 2020, it became compulsory to wear face masks in public indoor spaces, or whenever not able to maintain social distance.

On 28th May, the last patient from the first wave left the ICU. At that point, Lanzarote had only three active cases.

On 22nd June Lanzarote left the final phase of lockdown and entered what was called “The New Normality.”

In early September 2020, amid rising cases, additional measures were imposed in Lanzarote, which included a requirement to wear masks at all times indoors and outdoors, except while eating and drinking, swimming or sunbathing. This was the second wave.

On 22nd October, air corridors were opened with UK and Germany.

On 26th October, the Spanish government brought back a state of alarm due to rapidly rising numbers in the second wave.

Lanzarote rode the second wave, peaking at over 600 active cases by the beginning of November, but new measures quickly brought the numbers right down again in late November and into December.

In December, the government announced special rules around Christmas, with the aim of allowing smaller gatherings of families, but containing them. At the same time a new system of “traffic lights” was introduced, with Red, yellow and green options, based on infection rate, and each with its own set of rules.

In early January 2021, Lanzarote moved into the yellow and then the red traffic light zone in consecutive weeks due to rapidly rising numbers following Christmas gatherings.

One 23rd January 2021, a new “Brown” traffic light – level 4, was introduced, as the number of ICU patients in Lanzarote hospital reached a critical point. At this stage, for the first time during the pandemic, there were more than 1,000 active cases on the island, and we were firmly in the third wave.

On 2nd March 2021, Lanzarote was moved to Level 3 of restrictions as the post Christmas peak of more than 1100 active cases finally fell below 300. The island had been in Level 4 for 6 weeks.

On 11th March 2021, it was announced that Lanzarote would move down to Level 2 of restrictions as active cases fell well below 100. We were in Level 3 for 10 days.

On 9th May 2021, Spain State of Alarm ended after 14 months. Control on Covid measures was passed back to the autonomous regions, in our case The Canary Islands.

On 30th June, the last patient left hospital in Lanzarote, and for the first time in almost a year, there were no patients in hospital with Covid.

On 2nd July 2021, Lanzarote was moved to level 1 restrictions, the lowest level.

On 24th July 2021, Lanzarote was moved back to level 2 of restrictions.

On 3rd September 2021, Lanzarote was moved back to level 1 of restrictions, the lowest level.

On 21st November 2021, Lanzarote was moved once again to level 2, as numbers of active cases increased on the island.

On 20th January, for the first time since late December, the overall number of active Covid cases on the island started falling from a peak of 6651. This was the 6th or Omicron wave.