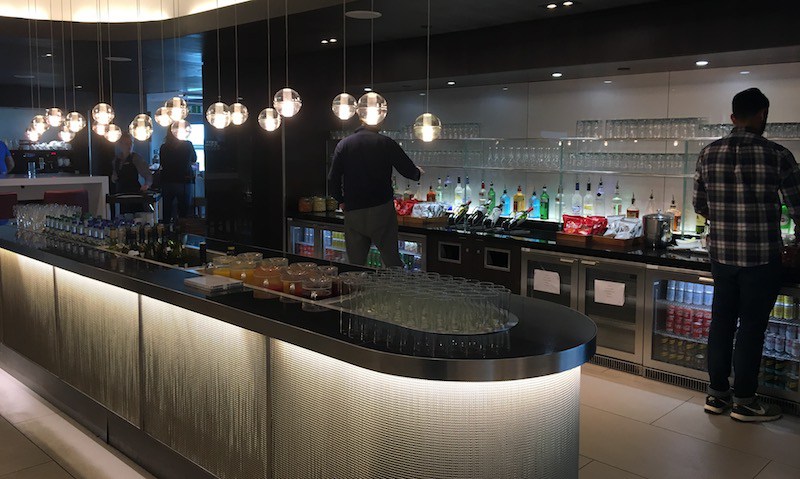 Is upgrading to Club Europe worth it? That depends.

British Airways is the only airline offering a club class experience on flights to Lanzarote from the UK, and they only fly from London Gatwick.

Update: Currently and post pandemic, BA are flying to Lanzarote from Heathrow, but we expect that to change in spring 2022, with the launch of their new low cost airline.

We’ve flown on the service a couple of times, so we thought we’d share our views. But in summary, unless you need a massive luggage allowance, the “normal” pricing for Club Europe isn’t really worth the extra. But BA often do special deals, and when they do, it’s something we would recommend.

So what do you get?

What are the downsides?

The biggest downside is the aircraft seating. Although the Club Europe seats are in the front of the aircraft, they are exactly the same as the ones in economy – with the same leg room and seat pitch. BA’s seats are pretty good – they are comfortable and leather covered, and offer more legroom than the budget airlines, but if you were hoping to stretch out in comfort in Club Europe, you’ll be disappointed. What is different is that there are only two per row, with a table in place of the middle seat, so you are guaranteed shoulder room, a window or aisle seat, and plenty of space for your “stuff.”

And finally, there’s no entertainment. BA don’t offer any kind of system in their A 320’s, whichever class you travel in. That might be OK on a short haul flight to the med, but at four hours, Lanzarote flights could really do with some entertainment.

One thing worth expanding on is the Gatwick experience, which is a bit special. BA have a dedicated check-in area for Club Europe, complete with red carpet and couches. From there, you go straight through security fast track, and as you pop out the other side, into the BA Club lounge. The lounge has loads of different seating areas, great views of the apron, free flowing drinks including Champagne, and plenty of hot and cold food on offer.

The same can’t be said of the lounge here in Lanzarote. It’s great to get away from the large crowds, it’s quiet and the WIFI is good, but it isn’t “business class.”

As we said at the top, it’s not easy to justify the additional cost of the Club Europe service – it can be as much as £200 dearer than an economy flight.  But, if you pick the right date, it can be as little as £80 more, and then it starts to make sense. When you also factor in that the additional Avios for Club Europe mean you’ll get roughly one flight in five free, then, for regular travellers, it can be a prudent choice.

We tend to book Club Europe either when the upgrade price is very low, or when we need lots of luggage for a long trip.

We’re really grateful to reader Jane, who travelled Club Europe from Heathrow to Lanzarote in November 2021, for this update and the excellent photos. Click any image to open the gallery:

We stayed in the T5 Sofitel which worked well as for the 7.10am flight we walked across with our bags and checked them in the night before. It’s not obvious from the BA website that the service is available, but we found out via a text message they sent us a few weeks before flying.

The only downside to the trip at both Heathrow and Arrecife was that despite the increased space of Club (and there were at least 14 rows of Club), we were crammed into buses like sardines at both ends to be transported to and from the terminal buildings because both airports were very busy.

We checked in early and decided we had time to go to the lounge. There was limited table service for hot food via an App accessed from a QR code on each table, but you could walk up for coffee and pastries. The App also linked through to the Heathrow personal shopper which offered in seat shopping at a price from a couple of stores who would apparently bring goods to you to try on or inspect!!

The plane was an Airbus A321 Neo with inseat chargers and food, drink and gift ordering via an App on the inflight Wi-Fi. Hi life magazine could also be accessed on the app without paying for Wi-Fi.

Everyone was handed a disinfectant wipe to use on the table and safety card. Mask wearing was well observed.

It was nice to get real glasses (with champagne poured from a full size bottle), and coffee in china cups. Real cutlery was a treat too. There were two hot food choices, full English or a vegetable frittata. The croissants arrived heated and still warm in their plastic wrapper after finishing the hot food which was a nice touch.