Before The Tourists Came….And Went 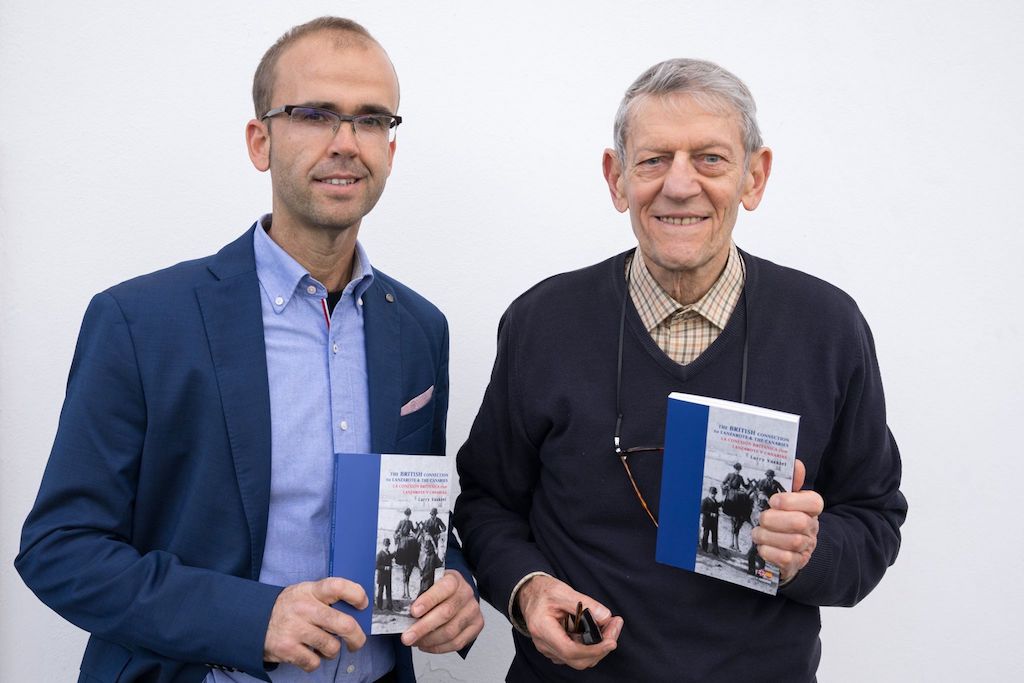 I have recently learned from the current issue of Lanzarote Viva (distributed free at various shops and service stations on the island) that I can now introduce a new companion to place beside Larry’s work on my bookshelf. Lanzarote antes Del tourismo, pre tourism, is the strap line of 100 Years Of Photography In Lanzarote, 1850 To 1950, written by author and historian Mario Ferrer. The book paints a portrait of Lanzarote over a hundred year period, in the first of what is set to be a series of books about The Canary Islands.

Rubén Acosta, holds a degree in Audio-visual Communication and a Master’s Degree in Photography and Cultural Engineering. He is a freelance photographer and cultural manager. As an internationally awarded artist, he has exhibited at events such as PhotoEspaña, Art Lisboa and Madridfoto, and his work is part of collections of national museums. He works as a commercial photographer in his own studio and directs different cultural projects. He is also a partner in a prestigious publishing house on Lanzarote.

His partner, Mario Ferrer, certainly sounds similarly qualified to be involved in the quality factual books their company publishes. Mario is a PhD in Information Science and the holder of a degree in Art History.

´These are very tough times for the world of book publishing and more so when it comes to small publishers,´ admits Mr. Ferrer.

´So in Remote Editions we have decided that if we are reaching an end, then we had better die publishing… Five new titles by the artist Santiago Alemán, complete a series of 8 island titles dedicated to each of the islands of the archipelago. We have also reissued, after two years of being exhausted, his magna work, Traditional Architecture Of The Canary Islands. A Tour Through Drawing. In addition, we created a special offer for the Day Of The Canary Islands, on 30th June 2020- Why not come to our website to find details?´

You can do so by visiting http://www.edicionesremotas.com/catalogo

However hard times might be, though, with covid and closures and lock downs and financial cuts Mario Ferrer maintains that ´It is a pleasure to edit works of this quality.´

Some of the very first photographs ever taken on the island are reproduced in the book. The images in the book for the most part pre-date tourism on the island, without necessarily anticipating its arrival. The book therefore offers a fascinating insight into the islanders and their social customs as well as their economy before all those things were, perhaps, re-shaped by the influx of tourists from all over the world.

“The pictures speak…” Thus begins this video that gives us an introduction to the book “Photography in Lanzarote: 1850-1950” written by Mario Ferrer Peñate, and where the first 100 years of the history of photographic art on the island are narrated. You can see this now on Mario´s facebook page at https://www.facebook.com/mario.ferrerpenate

Ferrer served as the co-ordinator in charge of digital archives of Lanzarote (see memoriadelanzarote.com) for ten years until 2017.

He is, therefore, an experienced historical researcher and his enthusiasm is contagious. Press coverage often refers to this contagious enthusiasm when he describes the photographic legacy included in the new book. He also speaks passionately about some of the photographers, like Javier Reyes, he feels privileged to have met whilst compiling the book.

He speaks excitedly, too, about the surfeit of fascinating information he uncovered whilst writing the book and says he feels sure there will be more books to follow.

Such history is, of course, a perpetual well-spring and there is no doubt this book, or perhaps series, about Lanzarote pre-tourism could lead to a series covering Lanzarote during the years of tourism up to the emergence of covid, and perhaps even to a further series about how Lanzarote adapts, one day soon we hope, to a re-shaped and revitalised tourist sector.

It is likely that the publishing company will also release new titles about each of the other Canary Islands written by other authors.

Like Larry Yaskiel’s work, this book is published with Spanish and English text side by side, and it is admirable that 100 Years Of Photography In Lanzarote is the first title to be published in accordance to the template established for eco-publishing, brought in by The Ministry Of Ecological Transition.

Among other photographers included in the anthology are Camilo Gonzales, Jacinto Alonso Martin, Maria Lasso and Candido Aguilar as well as some who visited from overseas and then settled here for the most of their careers such as Aquiles Heitz.

Whether indigenous or re-patriated here, these photographers were pioneers of new technology who also often viewed their subject matter from new perspectives. They caught some of the very earliest images of Lanzarote, revealing an island in transition and in a race towards modernity, that show and tell us of the tumultuous changes the island underwent during a period of a hundred years that brought rapid, incredible and almost unimaginative social, cultural and economic change.

When similar enforced change was laid upon the island during the volcanic eruptions of the seventeen hundreds the stoicism and determination saw the islanders somehow dig deep and fight back, almost literally, by embracing nature rather than raging against it in much the same way as they would (gratefully) later embrace tourism.

Of the book´s 140 images, many have never before been published. To see how Teguise looked in 1895 is still astonishing, although even by 1985, it was still looking very different, and somehow more remote, than it does today. The Port Naos area of Arrecife, in an image from 1920, lends no clue to what the place has now become, and a picture of the salt pans at Salinas de Janubio, taken in 1940, fifty years before Ildefonso Aguilar landscaped Manrique´s vision of the way that bay looks today, makes for fascinating browsing.

Anyone who has re-patriated here to Lanzarote would welcome the book as a remarkable gift, and those of us who have left family members, whether they have ever visited here, or not, will gain a huge insight into the place you now live. The book is now available in bookstores on Lanzarote, and there aren´t too many shopping days left to Christmas !