Ten Reasons To Have A Winter Holiday In Lanzarote 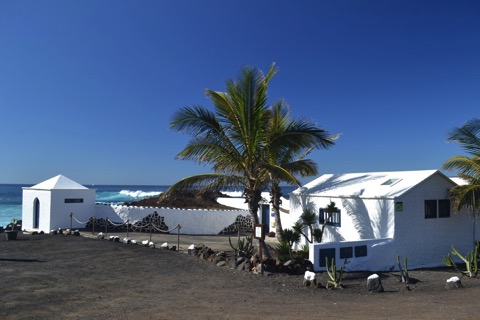 We’re not really a seasonal destination, but it is true that most people choose to come here in the summer months, so we thought we’d share some reasons to book a winter sun holiday in Lanzarote, for those of you who might not have considered one previously. We’ve just returned to Lanzarote from a few days in the UK, and trust me when I tell you it was great to be home!

Probably the most obvious reason, but the weather generally is spectacular here over the winter. Daytime temperatures vary from 19 to 26 degrees, falling only to 16 to 19 at night, even in the coolest months. That means winter here is pretty much like the best summer weather you’ll get in UK or Ireland! We do have occasional rain, but it seldom lasts long, and of course, you won’t ever suffer from those ridiculously hot summer days we sometimes get. It’s also worth noting that the wind tends to be less strong in winter, and the skies are the most spectacular blue you have ever seen!

We have the best winter sun in Europe.

It might sound strange, but our growing season here is in the winter – it’s just too dry to grow anything in summer. The hills tend to blossom with the most amazing wild flowers, and you’ll see blossom and fruit all over the place.

It’s generally too hot in summer to enjoy walking very far, but in the winter sun, conditions are almost always perfect for a decent hike to see some of the island’s more accessible spots that aren’t easy to get to by car.

Apart from at Christmas, the island is generally a little less busy in winter, but the ocean temperature holds up well – even at it’s coldest, it doesn’t drop below 19 degrees, which is as hot as it ever gets in Brighton! There are always plenty of beach days through the winter, and they tend to be less crowded.

To Recharge Your Batteries

Winters in northern Europe are characterised by very short days and only occasional glimpses of sunshine. Here in Lanzarote, we it stays light until around 6PM. even in mid winter, and we average 6 to 7 hours of sunshine even in December, January and February. It’s well know that Vitamin D absorbed from the winter sun is a great way to make yourself feel better.

You’ll Get A Tan!

In fact you might even get a better tan in winter here than in summer, as you can stay out for more time in the sun, and the UV factor isn’t as fierce. Be the envy of work colleagues and friends sporting a deep tan, while they remain pasty!

It Can Be Cheaper

Generally when flights an accommodation aren’t at capacity, prices are lower, so you are much more likely to bag a bargain by choosing a February holiday, as opposed to a July one. And if you don’t want to have a cheaper holiday, use the lower prices to make it a longer one!

And remember, you’ll save money at home while you are here, as you won’t need to leave your heating on!

Once again, as there are fewer people on the island, you won’t have to spend time queuing for attractions, and staff and locals will have more time for you as they aren’t running at full capacity.

Winter is the time when Lanzarote holds many gastronomy events, to celebrate the island’s food and drink culture. In summer, the restaurants and hotels are just too busy to give people time to do them, but in winter you’ll find tapas fairs, cheese fairs and tasting menus all over the place.

Carnival in Lanzarote is just magical, and you could spend several weeks attending carnival in all the municipalities. Put it on your bucket list now, because until you’ve sashayed down the road to the drums, surrounded by scantly dressed people, fueled on Rum and Coke, you haven’t lived!

Would you like to price a trip to Lanzarote over the winter? Here’s where to go: Lanzarote Holiday Prices