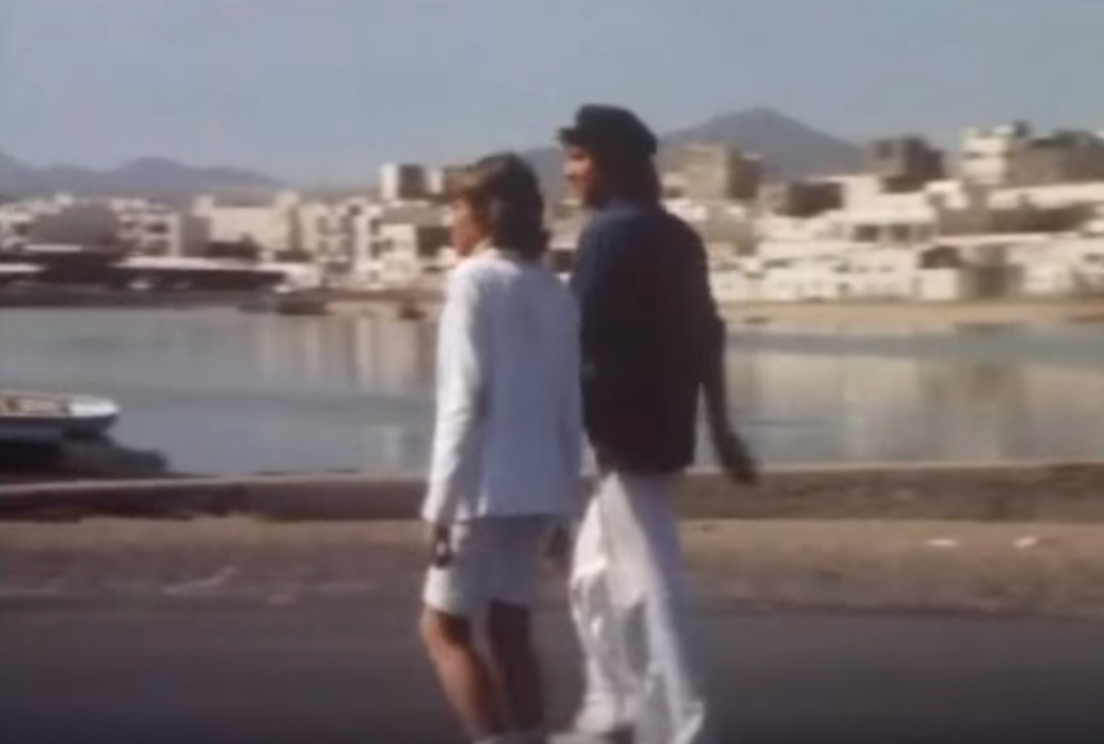 A few years ago I came across this video which is a compilation of scenes from a German television series that was partly filmed in Lanzarote. These scenes belong to “Timm Thaler”, a children’s television miniseries of 13 episodes filmed in 1979 based on the novel writen by James Krüss.

In 1983 it was shown in the United Kingdom on BBC as “The Legend of Tim Tyler: The Boy Who Lost His Laugh” and it made then 14-year-old Tommi Ohrner, who played the lead role, a popular teen idol at the time. The miniseries was shown again in 1991 and it’s among the few German series to be broadcast by the BBC.

It tells the story of a teenage boy has an infectious laugh that makes him very popular. The mysterious Baron de Lefouet is a grumpy but very wealthy businessman and tries unsuccessfully to buy Timm’s laugh. His father is a flight instructor and dies during a flight for the Baron, who seems to be behind the tragic accident. Having lost his beloved father, the boy is more vulnerable to the Baron than ever. To financially support his stepmother, he is not able to longer resists the Baron and swaps his laugh for the ability to win any bet he makes, no matter how absurd it is. If any of the parties involved speaks about this evil pact, they lose their rights from the contract. Unsurprisingly the Baron and his servant Anatol use this new gift for business success. However Timm becomes increasingly unhappier so he ends up deciding he wants his laugh back…

The city scenes of the series were mainly filmed in Hamburg, whereas many others were filmed in Lanzarote. You can easily spot locations from the north of the island like Mirador del Río and Jameos del Agua as the settings for the Baron’s futuristic mountain lair, the Volcán de la Corona and La Torrecilla. Other locations seen are the Restaurante “La Era” in Yaiza, the Timanfaya National Park, Arrecife showing the original Gran Hotel before it got burnt, the Market on the square presided by the San Ginés Church and the Charco the San Ginés with cars still going around it and before the stone walls were built.

The ominous music, the old cars, 80s clothes and the slapstick humour of some of the chases bring a candid smile to my face, almost nostalgic, even if I never saw the programme myself.

Can you identify any other Lanzarote locations?
Do you remember having watched this TV series where you were a child?