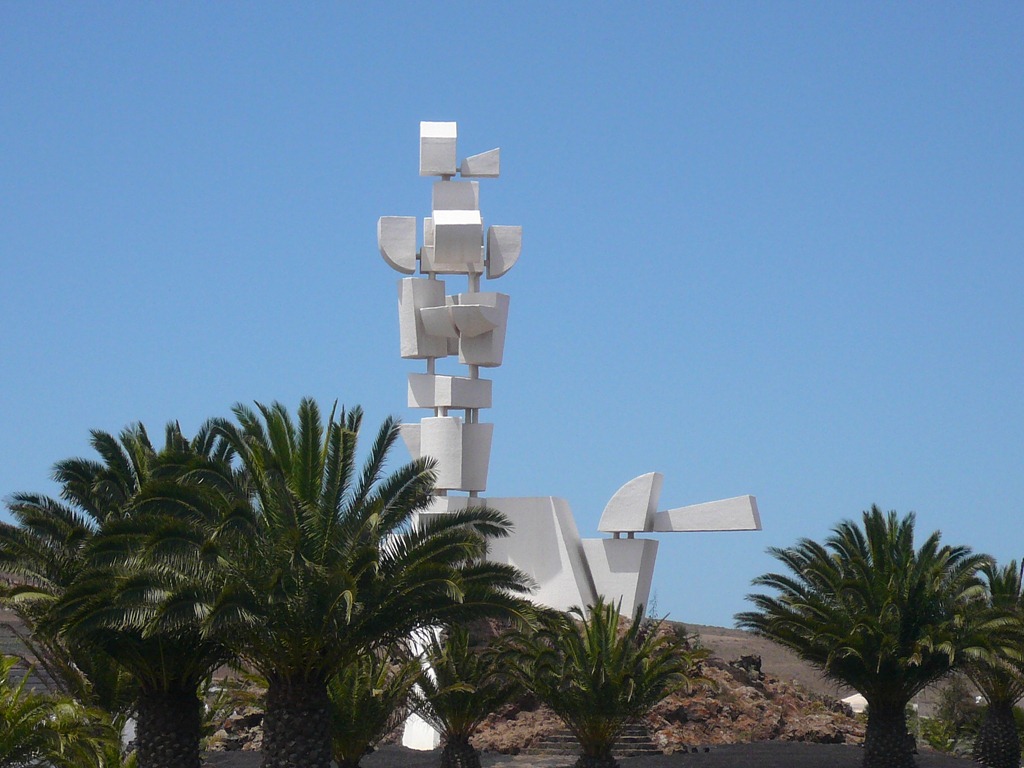 These articles are an amalgamation of us recording the actual weather on the island since 2008. So they don’t use averages – this is how it really is!

August is the hottest month of the year in Lanzarote and has the most daily sunshine, averaging 10 hours every day. Day time temperatures are generally in the range 29 to 35 degrees, and even in the middle of the night, they rarely fall below 20 degrees, but often remain in the mid 20’s.

The sun rises a little after 7AM and sets at around 8:45PM. UV is very high and you will burn quickly without good quality sun cream. The skies can be quite “white” during August, and there will often be a shimmering heat haze on the island.

The ocean is lovely and warm, and can be up to 24 degrees at the surface, and even at depth, divers will only need a thin wetsuit.

We get regular calimas during August – these are when the trade winds blow hot air and sand across to us from The Sahara Desert, which is only 64 miles from our coast. When that happens expect temperatures in the 40’s and the wind feels like a hairdryer!

You won’t get any rain in August.

We’re still well into the trade wind season, so expect steady winds of around 15 to 25KMH, with some days blustering up to 40KMH.

Most of the time, we’re grateful for the summer winds, because when they do stop it becomes unbearably hot on the island.

August 2021 was epic! We had fabulous blue skies and temperatures all month in the 30’s, apart from one weekend where they shot into the 40’s. At night it rarely fell below 25, and the wind was generally quite light. There was no rain at all.

August 2020 was a very hot one. The daytime temperatures were in the 30’s for the whole month, and in the last week we had a calima, which pushed them up into the 40’s for several days. The wind was steady and quite strong. There was no rainfall at all, and the island moved into a 16 month drought.

August 2019 was typical of the month – quite windy, but hot and sunny pretty much all month long. And again, we had very blue skies throughout the month, which in turn meant very high UV – lots of sunburnt people around! We had two spells of very high temperatures in the last ten days of the month, with 34 degrees first and then 36 degrees over the last weekend.

August 2018 started with a little rain – the only time we have seen rain in August in over 20 years on the island, but by mid month, it was hot and sunny, and unusually, we didn’t have the whiter skies we often see in August – there was plenty of blue. Most days say temperatures in the 30’s, and at night it only fell to the mid 20s. It got hotter as the month progressed.

In 2015, we saw some strong winds during the month and a five day calima.

In 2014 and 2013 we had a cloud phenomenon we get here sometimes where cloud forms on the Famara cliffs and flows into the valley of Haria and often leaves the coast at La Santa and Tinajo cloudy, while the resorts bask in sunshine.

Temperature inversions are quite common in August – that’s where it’s hotter in the hills than on the coast, so towns like Haria and Teguise are often the warmest part of the island.

The lightest clothes you have! You definitely won’t need coats, fleeces or an umbrella, but we wouldn’t even bother packing any trousers or jeans, you’ll be too hot. Go for shorts, t shirts and light summer dresses.

Remember to bring or buy good quality sun creams, and everyone should have a hat to get their heads out of the sun.