Things We Should Have In Lanzarote 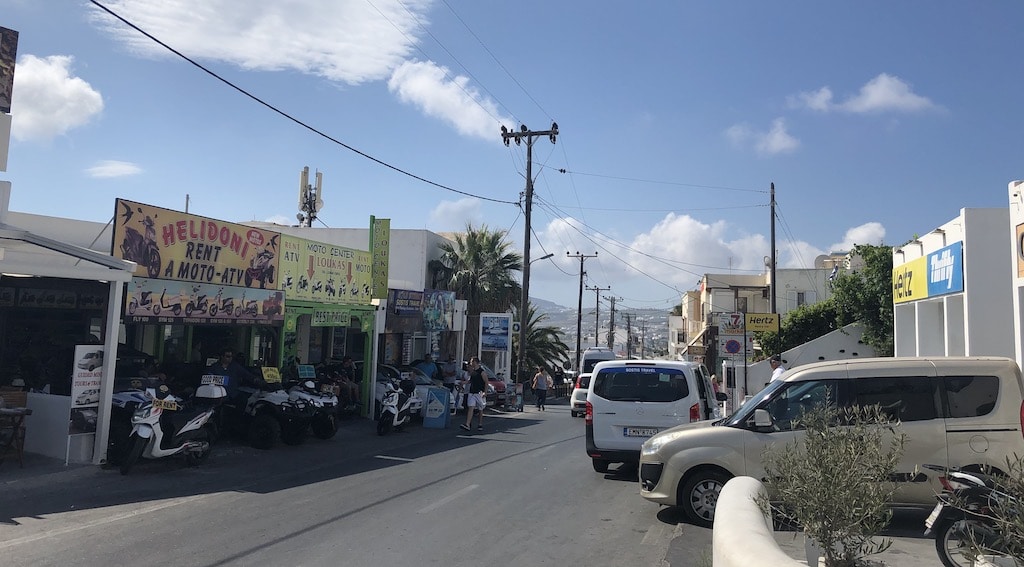 I recently wrote Things You Won’t Find In Lanzarote. In the article I talked about things I’d seen on some recent travels around the world, which I hope won’t happen any time soon on the island.

While writing it, I started to think about the things I’ve seen on those same travels where I’ve thought “I wish we had THAT in Lanzarote!”

So here they are:

When we were in Santorini, it was the easiest thing in the world to rent a buggy or quad to explore the island. Each of the shops hiring them out also had interesting motorcycles, some very cool high performance cars and you could hire anything for an hour or two or for a full day or week. Just to clarify, I’m talking about for use On-Road, not off-road.

Although we have a few buggy and quad companies here, you’re restricted to using them as part of a convoy on a set excursion.

This might be contentious! We almost never get BAD service in Lanzarote, so this isn’t a criticism. But I also believe we very rarely get really GREAT service here.

I’m talking here about the sort of service where a server asks your name and then uses it throughout the meal, where they look you in the eye and make suggestions about what’s great on the menu. Where you never find yourself looking around the restaurant to see where they are to order another drink or ask for the bill.

Chiringuitos On The Beach

Apart from at Arrieta, there generally aren’t little bars on the beaches here where you can grab a mojito or a snack from right on the beach. We know there are lots of bars and restaurants if you venture up onto the promenades, but we’re talking about the little tiki huts you can walk up to in your bikini or swim shorts.

Las Terracitas Beach in Santa Cruz de Tenerife is a great example – there are at least 10 of them, right on the sand.

The bus service we have on the island is clean, cheap and comfortable. But the reality is, it’s very infrequent as soon as you want to stray out of the resorts or the capital. Fancy an afternoon on Arrieta beach while staying in Puerto del Carmen? You’re looking at two buses, with a change in Arrecife, and at least 1.5 hours each way. And the bus service isn’t integrated in any way with the ferries which run from Playa Blanca, Arrecife and Orzola.

Contrast that with Hong Kong, where you can use trams, the subway, ferries and  buses, which all interconnect, using a single “octopus” card to pay for it all.

And what about those hop-on, hop-off bus services that you see everywhere around the world now? They’re fantastic for getting to know what else is around you – how about one running in each of the three resorts?

As both a cyclist and a car driver, this one is really close to home for me. The reality is, the cycle lanes in Lanzarote are a bit of a disaster. Just to take two examples – the one along The Strip in Puerto del Carmen mixes cyclists and pedestrians, which is asking for an accident. And the one that runs alongside the main road from Tahiche into Arrecife is simply ridiculous – in several places, it just stops, and in others, there are huge kerbs, which I wouldn’t take on a mountain bike, never mind a road machine.

In Berlin, the cycle lanes were superb – separated from the traffic and pedestrians, and even with crossings and their own lights.

We loved the fact that in Montenegro, WIFI codes of bars and restaurants were displayed on menus, the tables and even ashtrays – it just made it so easy to get online as soon as we stopped for a coffee or a drink, without having to wait to be served and then to go through the pain of trying to understand a complex code spelled out in a foreign accent.

I’d actually go a step further – I would advocate every business in Lanzarote should create a guest WIFI network with no password, so visitors can just get on it as soon as they arrive, with no hassle at all.

So there you go – feel free to share your comments on our Facebook Page, and if you haven’t “liked” it yet, please do, there’s lots of interesting debate there from our 100,000 followers. Lanzarote Information on Facebook.