The Fishermen Of Lanzarote 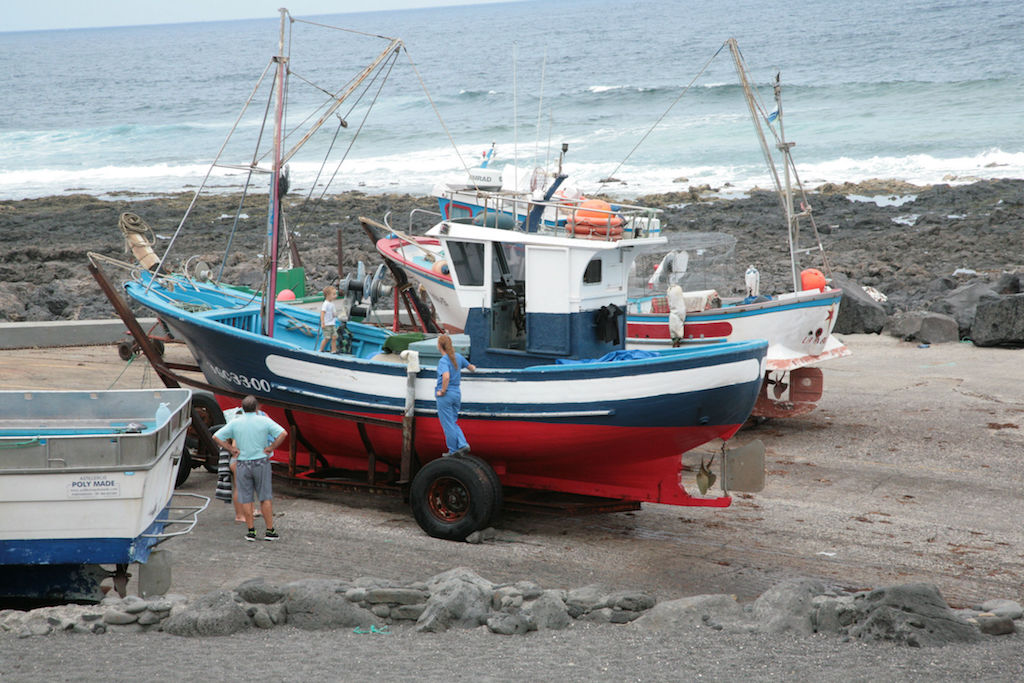 We who are fortunate enough to live on Lanzarote tend to take for granted that, when we go to a restaurant, there will be a selection of fresh fish just waiting to be prepared for us. But we often forget the fishermen who make this possible.

Fishing, along with agriculture, has been an important industry on the island for centuries, when the only tourists were the pirates who came to plunder the island’s riches. It is believed that the indigenous people, the Guanches, taught themselves to build boats by copying the ships of the invaders.

After Spain conquered the island many men were enslaved and taken to the mainland. While there, some learned fishing techniques from the Spanish fishermen and, when allowed to return, brought that knowledge back with them.

Eventually, the industry grew and the fishing fleet of Lanzarote became the biggest in the Canaries. The fleet may not have the same numbers now, but fishing is still a major part of the economy.

The ocean can be rough on this coast

Ready to turn into harbour

But it’s not just the deep-sea fishing boats going out for weeks at a time that contribute. Small boats, some of which have been in the same family for generations, ply their trade from some of the tiny harbours around the island.

One such harbour is at La Santa, on the west coast, where you can see the plucky little vessels heading out into the Atlantic swells. The fishermen go out hoping for a catch not only sufficient to satisfy the appetites of the restaurant diners, but to also enable them to feed their families.

The skill of the returning boat skippers as they come in towards the harbour entrance, seemingly being swept in on the waves, is an awesome sight to witness. Family members wait on shore while fellow boatmen prepare the trailer to haul the vessel out of the water.

The boat mounts the trailer with a precision that is made to look deceptively easy, but only years of experience make it possible. Once safely ashore the catch is unloaded ready to be sold.

César Manrique recognised the toil of the fishermen, as well as that of the farmers, when he created the Monumento al Campesino, a sculpture made from the water tanks of fishing boats.

So, next time you’re tucking into a wonderful platter of fresh fish, spare a thought for the brave people who venture out in all weathers to catch it.