Tapas In Lanzarote – What Should You Order? 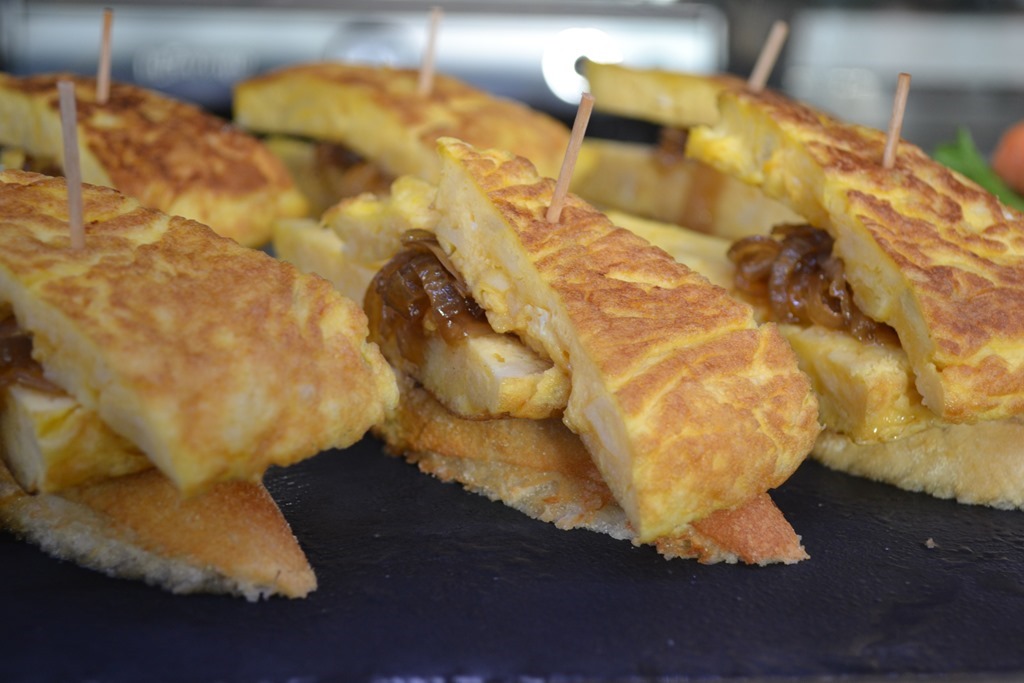 A tapa or tapas is a small dish of food to enjoy with a drink. The food in question can be anything from a few olives to a small portion of a stew, or even a tiny burger. A tapa will provide a little snack for one or two people. If you want more, you can often order a “racion” of the same dish, which is a larger portion, often served with potatoes and / or some vegetables.

Dishes served on a stick are called Pinchos, and those on bread are called Montaditos. These are very much like tapas, in that they are a small snack.

Of course, you can enjoy tapas as a meal, by ordering several dishes for the table to share. Aim for 3 to 4 tapas per couple or 2 raciones.

Here’s a selection of the most commonly found dishes on the island:

These are the famous wrinkly or Canarian potatoes. Cooked in salty water in their skins, they are usually served with green and red mojo sauces. The green is made with garlic and coriander and the red with chillies to make it spicy.

Garlic prawns! These are served sizzling in a terracotta dish, with plenty of olive oil, stacks of garlic and at least one bird’s eye chilli to add some piquancy. Some places serve this with mushrooms as well as, or instead of the prawns. the dish then becomes “Con setas.”

This literally means “old clothes,” but it’s really a Canarian stew that can be made from goat’s meat or beef, and usually includes chorizo and chick peas, cooked with plenty of smoked paprika. Always good, with very tender meat, but it really varies in flavour according to each place’s recipe.

Very similar, but usually made with beef, and without the chick peas, adding carrots and a thicker gravy.

This is goat’s cheese, flashed on a hot griddle until oozing, and is usually served with an interesting sweet marmalade.

This dish is an import from the peninsular, and consists of deep fried small potatoes served with a spicy tomato sauce, and often also covered in mayonnaise.

Spanish ham is world class, and most restaurants will always have one on the go. Expect wafer thing slices laid out beautifully on the dish. you’ll pay good money, even for a tapa, but the way it melts in your mouth, with a burst of flavour, will make it all worthwhile.

A cheap, filling dish, tortilla is like a set omelette, stuffed with fried potatoes and onions. A tapa will usually consist of one triangular slice.

These are battered, deep fried baby squid. They sound scary, but they are delicious and full of flavour. Squeeze lemon over them, and you’re good to go!

These are small green peppers which are flash cooked on a very hot griddle until almost charred. Served drizzled with olive oil and salt crystals, they are delicious, but every now and then you’ll find a hot one!

Of course, you’ll see plenty of other dishes on offer, but these are the most commonly found staples. If you’re intrigued about a dish you haven’t seen on a menu before, just order a tapa to see what it’s like!

Check out our restaurant reviews.