The Starlight Experience In Lanzarote 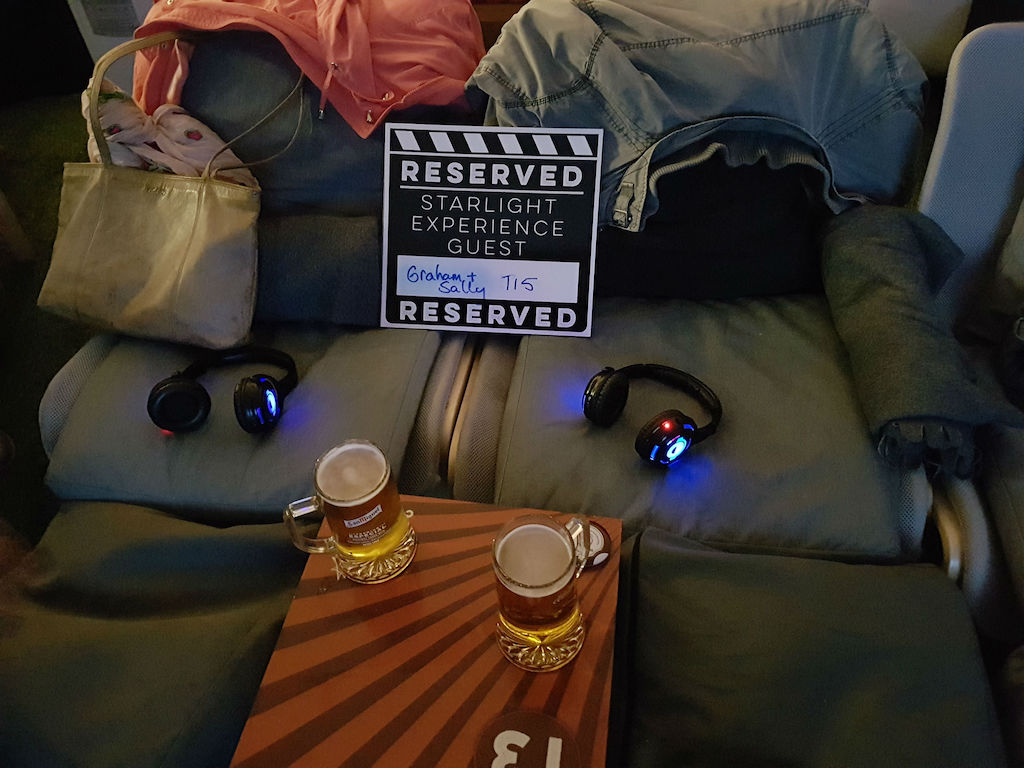 The Starlight Open-Air Cinema on the Rooftop Plaza of the Biosfera in Puerto del Carman has been open for around two years, and I was feelling guilty that I’d never even been up there to have a look.

Having heard that there had been some changes and improvements, Sally and I decided to do the Starlight Experience. Our tickets got us a round of crazy golf, Cine 6D rides and reserved seating for the open-air cinema.

The crazy golf has been completely revamped and is now the Jurassic Kingdom Crazy Golf Adventure. It’s an interactive game with dinosaurs, smoking volcanoes and hatching dinosaur eggs among the foliage, and it’s great fun. There are amazing views during the day, but as darkness falls and the coloured floodlights come, it gets really atmospheric.

Another recent addition to the Rooftop is the children’s play area alongside which is a terrace with picnic tables where the adults can enjoy a drink while keeping an eye on the kids.

At the Cine 6D experience, along with 3D vision, you get motion and you can feel water and wind. We had previously tried the Lanzarote Fly Ride at another location, so we went on the Ocean Dive. This was filmed in the waters around the island and shows the wealth of sea life and features around our shores. For people who have never tried diving, the Ocean Dive would be a great introduction to what you are missing.

After that, just for fun, we tried the Great Wall of China thrill ride. This animated feature involved lots of movement as we careered out of control along the wall. Some would find parts of it quite scary as you plummet down precipitous cliffs and even Sally was clinging on.

We had some time to spare before our open-air cinema film started, so we had a beer and a panini at the Star Caf while we were waiting. There is a variety of sweet and savoury snacks available as well as a good selection of beers, including local craft beer, wines, spirits and cocktails.
In the cinema there are different types of seating, with sofas and pouffes at the back, fully reclined loungers at the front and, in the middle, comfortable upright chairs with footrests which were the ones we had reserved.

We took our beer in with us, and we were told to just press the call button on the table if we wanted more drinks. It was quite cool the night we went, but there were blankets for our use with which we were very snug. There are also patio heaters to keep the chill off. The high-quality headphones have individual volume controls and the language can be changed between English and Spanish. We watched Dunkirk and having the volume set high really makes you feel at the centre of the action.

It was good to see the place busy with families, couples and groups. All in all, it was a great experience and one which I can recommend.