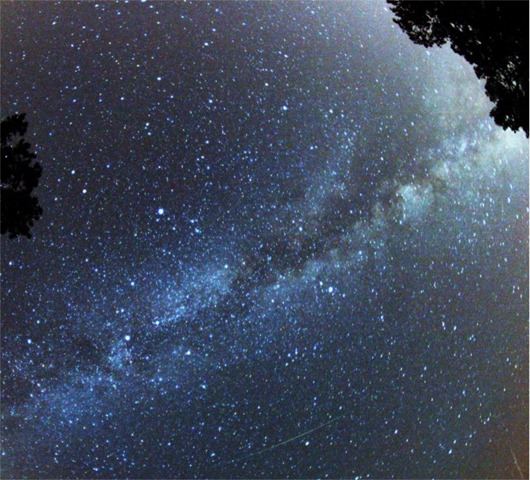 Lanzarote is well known for its volcanic landscapes and beautiful beaches, but few know one of Lanzarote’s best kept secrets is almost one of its most awe-inspiring sights – star gazing.

Lanzarote’s sky lights up at night in a way that leaves even the most seasoned of astronomers agog. The Canary Islands are widely regarded in the astronomy community as one of the best vantage points in the world for scanning the night sky. Due to its remote nature, Lanzarote suffers very little from light or atmospheric pollutions meaning the night sky is as clear and sharp as a bell and ensures optimum visibility of the heavens.

The bright star in the sky, Sirius, forms part of the constellation Canis Major and is visible to the south next to the constellation of Orion, which is also visible in Lanzarote’s night sky. Sirius’ history is long and varied – it was worshipped by the Egyptians as the Nile Star because it rose on Midsummer Day which coincided with the flooding of the Nile. This was vital to the Egyptians as it watered their crops and brought irrigation an otherwise arid environment. The Greeks revered the star as its presence coincided with the height of summer.

As previously mentioned, Orion is one of the other constellations visible to anyone star gazing. This constellation contains Betelgeuse and Rigel, which are stars of the first-magnitude which makes them brighter than many surrounding stars. Orion is usually visible straight overhead and is easily one of the most recognisable constellations in the sky owing to Orion’s Belt – three very bright stars which form a ‘belt’ across the body of the ‘hunter’ the constellation’s shape forms.

Ursa Major is visible in its entirety most nights where the seven brightest stars are all that is usually seen in the Northern hemisphere (a collection normally referred to as The Plough). It can usually be found in the north eastern quadrant of the sky and though familiar to most can easily be identified by anyone unfamiliar with it by looking for its distinctive shape: a rectangle with a trail of stars coming from one of the lower corners that resembles a bear, giving its name.

Ursa Major’s little brother, Ursa Minor, can also be clearly seen in Lanzarote’s night sky. Although it is fainter than Ursa Major, Ursa Minor contains one of the most important stars in the sky: The Pole Star. The Pole Star is currently also known as Polaris as it is the closest star to the celestial north. Ursa Minor’s position in the sky is to the north-east of Ursa Major.

Those looking for something special could lose their breath viewing Lanzarote’s dawn sky – Venus is sometimes visible hovering just above the southern horizon and appears as an extremely bright star. Devoted stargazers may also be treated to the Perseids which is a major meteor shower that appears in Lanzarote every year from mid-July and ends spectacularly on August 12-13th as the earth and the meteor belt are at their closest point. In the early hours of the morning on these dates, very close to dawn, an incredible meteor shower is visible that would silence even the most stalwart of viewers.

Anyone considering taking their holidays in Lanzarote would be remiss if they didn’t jump at this rare opportunity to do some star gazing to see constellations that are simply not visible in many parts of the world.