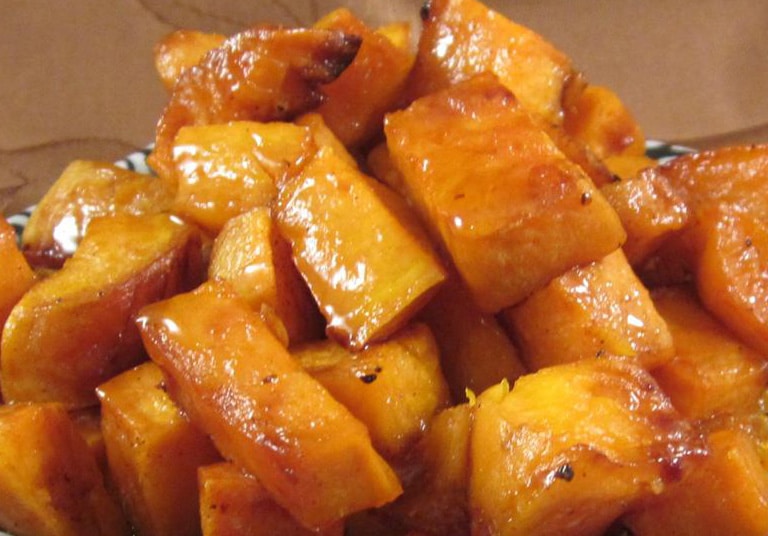 You may have a lot more respect for this disfigured vegetable when you know about its connection to Lanzarote and The Guinness Book of Records. You could have blown me down with a peanut butter sandwich, knowing that it is the sixth most important food crop in the world. My Google Health Alert surprised me with more miracles for this ugly root. Medicines made from sweet potato leaves, help treat upper respiratory conditions, like asthma and common colds.

Before bending your grey matter, about medicinal leaves, (another post); lets inspect this un beautiful vegetable. I am staring at a pinkish brown and knobbly lump, with protruding, hairy roots. It’s hard to believe anyone would want to touch it, let alone eat it. Yet it was once placed at the dainty slippered feet of Spanish royalty, along with other exotic veg never seen in Europe before the 16th century. Tomatoes, sweetcorn, potatoes, cocoa, pepper, peanuts, cucumber, quinoa had been brought from the Andes by the dashing conquistadors. Perhaps because the hordes of Inca gold and silver were so dazzling, and the food sources overwhelming, and the batata so deformed and knobbly, no one of any worth wanted it. Maybe that is why it was destined as a potential food source for the natives of the Canary Islands.

Fast forward to January 2021 in Teguise. I am at the Sunday market, hand sanitized, masked and inspecting what vegetables are in season. I noted the lumpy batata was selling faster than toilet rolls in lockdown. I decided to join in the socially distanced fray and buy some ugly, hairy, sandy vegetables and see what all the fuss is about.

According to my local food snout. There are 3 main types of batata grown on the island and they vary in colour and ugliness. When cut, they instantly display oxidant damage, which sprinkles their pretty pink or white flesh with brown marks. Another ugly factor in their disfavour. The way to stop this, is to peel them, and immediately place them into a bowl of salted water. Before use, drain and place on paper towels to soak up any moisture.

The 3 main varieties of batata in Lanzarote.

1. Patagallin: has a light orange skin, a squarish shape, yellow flesh and a sweet taste.
2. Colarado: has dark reddish skin and pale to whitish pink flesh, it has a longer and irregular shape, but is compensated with a sweet taste.
3. Conejera: has a brown skin and white flesh, a long elliptical shape, but is less sweet than the others.

One of Lanzarote’s favourite Christmas deserts is the Truchas de batata, sometimes called Empanadillas con Batata. It looks like a small pasty and contains, the sweeter, Patagallin batata, cinnamon and almonds.
Another favourite that I have eaten in tapas bars, throughout the Canary Islands is Batata fritas con meil, sweet potato chips, drizzled with honey. Now they are yummy, fingerlickin comfort food.

Sweet Potato Toasts are my new favourite. Its mildly sweet taste lends itself to a multitude of toppings, from fresh fruit to salty tastes like bacon, ham and anchovies. Ok, hand’s up, it’s not toast as we know it, which of course is made with bread. Be wary of recipes for Sweet Potato Toast on the internet, as it’s useless to slice it raw, as suggested, and put in a toaster to cook. Ukky.

This is the deal in my kitchen.

First, DO NOT peel it! Just scrub off any surface dirt, snip off any roots, then boil it, whole, in water for 7-15 minutes depending on size. Don’t overcook it to a soft texture, it should be al dente. Allow it to cool. Next, with a sharp knife, on a chopping board, slice it thickly. Put the slices in the toaster on your favourite setting. Then, get creative with toppings. I have put a slice of bacon and egg on mine, half an avocado sprinkled with sesame seeds and chopped fresh coriander, or spread with yoghurt or jam and sliced banana or berries, or both! I have made mini pizzas. Chopped tomatoe with oregano and mozzarella and any other treat you prefer on pizza (ham, anchovies, cooked vegetables, pineapple, etc.) put on a heatproof plate and grill for a few minutes until the cheese has melted. My neighbour gave me cien de diez, or 100 out of 10 for my batata pizzas. Ricoisimo she said (Delicious). The images of sweet potatoe toasts are from feelgoodfoodie.net, my own photos melted like mozzarella into the cyberspace.

Some people call sweet potatoes, yams. Apart from their ugliness, there are few similarities. Yams are tubers, whilst sweet potatoes have storage roots. Sweet potatoes are sort of smooth and thin skinned, yams are very rough and scaly. Technically yams aren’t in the same family as the sweet potato. Sweet potatoes belong to the morning glory family, yams belong to Discoreaceae family. Yams originate in West Africa and sweet potatoes from Central America. That’s the headmistress stuff over with. Really, the only similarity is that they are both really ugly.

My love affair with Batatas continues. I am certain even the sophisticated Incas, with all their reverence for gold and silver would never have come up with these ideas.

Serves 6 to 12 depending on portion size

Ingredients
6 sweet potatoes
50g of Oil or butter
1 tbsp fresh rosemary or oregano chopped, or dried
3 garlic cloves, peeled & crushed
1 red chilli finely chopped or ¼ to ½ tsp chilli powder (depending on your like of chilli!) wash hands after handling the chilli, if you get even the tiniest bit by rubbing your eyes, you will be sorry, really really, sorry.
200g Grated cheddar or mozzarella cheese or half of each
Salt and pepper to season

Prick batatas all over with a metal kebab stick or fork and put on a large baking tray. Massage each one with a tiny bit of olive oil in the palm of your hand and season. Bake for 40-45 minutes until tender.
Meanwhile, melt the oil or butter in a small pan & gently sauté the rosemary, garlic the chilli for 5 minutes on a low heat.

Cool the batatas until you can handle them. Carefully cut them in half and scoop out the flesh, leaving a shell. Mash the flesh with the salt and pepper, the above mix, then stir in 3⁄4 of the cheese. Pile back into the skins then sprinkle over the rest of the cheese. Bake for 10- 15 minutes or until melted and piping hot.

Sweet potato leaves are almost impossible to obtain; a bit like doctors’ visits at the moment. By some synchronicity, a lonely batata hidden at the back of my vegetable rack had not only sprouted tubers, but also leaves. I was tempted to bin it, but my innate curiosity for this ugly veg, I forked it into my garden, next to the tomatoe plants. Two weeks later, the beautiful leaves were as gorgeous as a rainbow. Now I know they are edible, I have yet to experiment.

Finally, Lanzarote’s claim to worldwide fame in the batata stakes.  The Guinness Book Of Records shows that the world’s heaviest sweet potato weighed 37 kg (81 lb 9 oz) on 8 March 2004 and was grown in Guime by Manuel Pérez Pérez. The photos above show the biggest, ugliest vegetable I have ever seen in my life. See it here if you must.