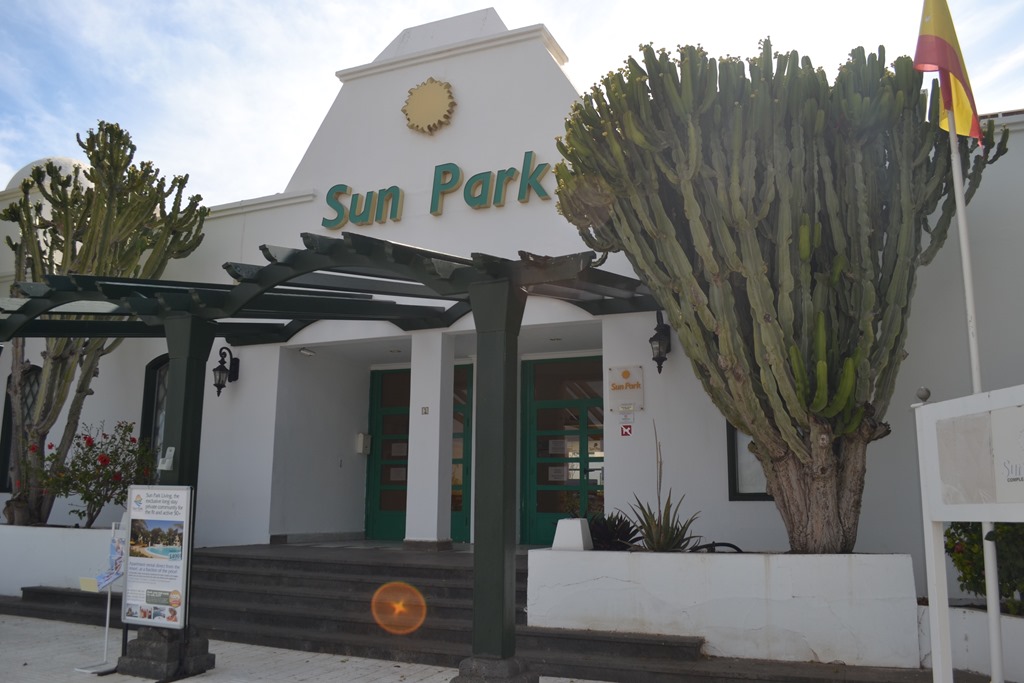 The BBC television programme Rip Off Britain Holidays ran a short piece on this morning’s episode covering the situation at Sun Park Living in Playa Blanca.

Reader Jenny Campbell, a Playa Blanca winter resident who used to support many of the activities there sent us the following synopsis:

The saga of what is happening with Sun Park, the resort for the over 50s in Playa Blanca was featured on BBC 1’s Rip off Britain on Tuesday morning.

Presenter Julia Somerville said Brits had had “a little piece of paradise snatched away from them”.

The programme featured clips from the Sun Park promotional video with Gil flagging up “the ethos”.

Teacher Janice Turner and her husband Alan spoke of how they loved Sun Park which they treated as a “home from home”.

In June they heard rumours that it had closed and contacted Lanzarote Information for clarity. “The chap told me it had closed down,” Janice said.

”We had a letter saying the booking was re-scheduled for January 2019 due to a force majeur because of a crime against the complex.”

Phil Lee spent £2,200 on his trip. “Everyone on social media was worried as people had turned up and could not get in. The gates were locked and security guards were turning folk away.”

Seven other clients had contacted the consumer programme but declined to speak publicly due to Sun Park’s terms and conditions threatening “expulsion” if guests spoke to the media.

In another letter from Sun Park guests were told their bookings could not be honoured due to construction company problems.

The BBC’s legal expert said that under Section 75 of the Consumer Credit Act monies could be reclaimed for anything paid for with a credit card.

Janice’s credit card company wanted evidence that the complex had closed, so she paid £1,300 for new accommodation in Playa Blanca.

Her husband filmed her turning up at Sun Park to be told by a security guard “No water – no people here”. She was advised to go to the police.

Janice and Alan managed to gain admission to film the empty
swimming pool.

“The place was shabby and looked derelict” Janice told the programme.

They went to the police where they found an officer who could speak English and they made their statement to use as evidence to obtain a refund from their credit card company.

“It wasn’t just the money,” said Janice “it felt like a bereavement because we’d lost a unique experience.”

When the BBC spoke to Sun Park the company accused Facebook users of creating panic. “It has not been sold. It is not closed. All bookings will be honoured once the criminal investigation is over” adding that clients should never air their complaints via the media.

“We really loved Sun Park” said Janice “and what it stood for. It was a lovely place and we feel immense sadness at what has happened.”

You can stay up to date with news as we get it here: Sun Park Living.