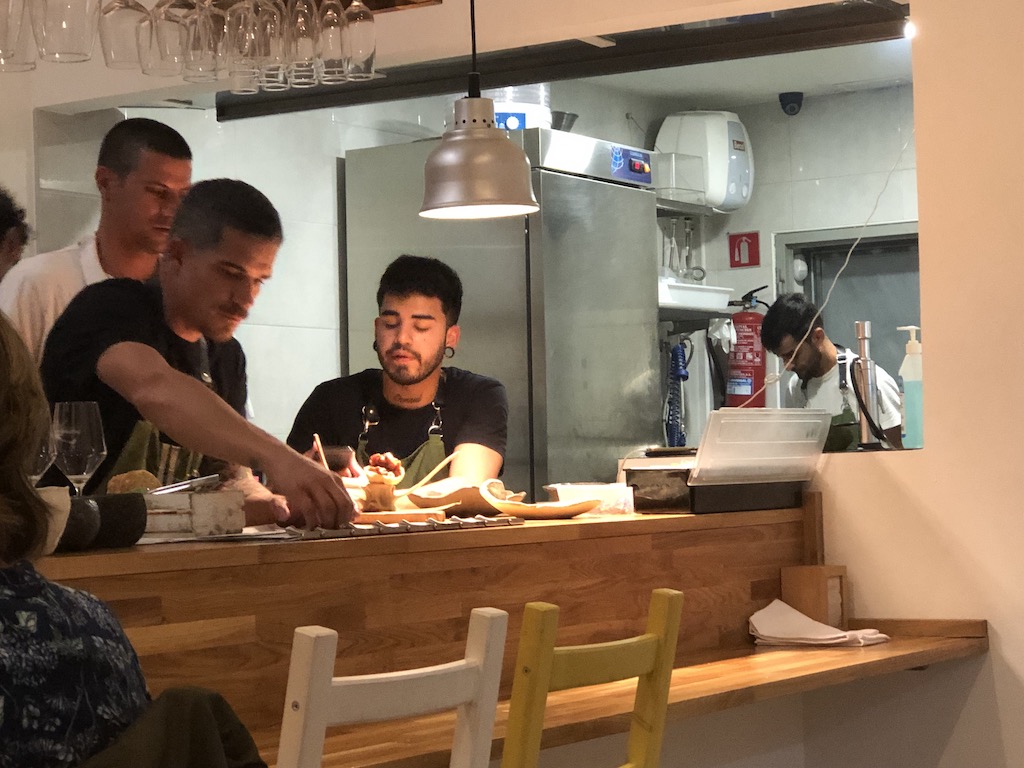 Update: Coentro has now moved to Puerto Calero. When we did this review, the restaurant was based in Playa Blanca.

Coentro was located in the parade of shops opposite Faro Park at the lighthouse end of Playa Blanca. Location is the only aspect that lets the restaurant down – it’s a fair way out of town and the only view is of the road and houses across the road. There is a small outside area on the pavement, with glass wind screens, and the main restaurant is a simple oblong, brightly lit, and with a large bar area and visible kitchen.