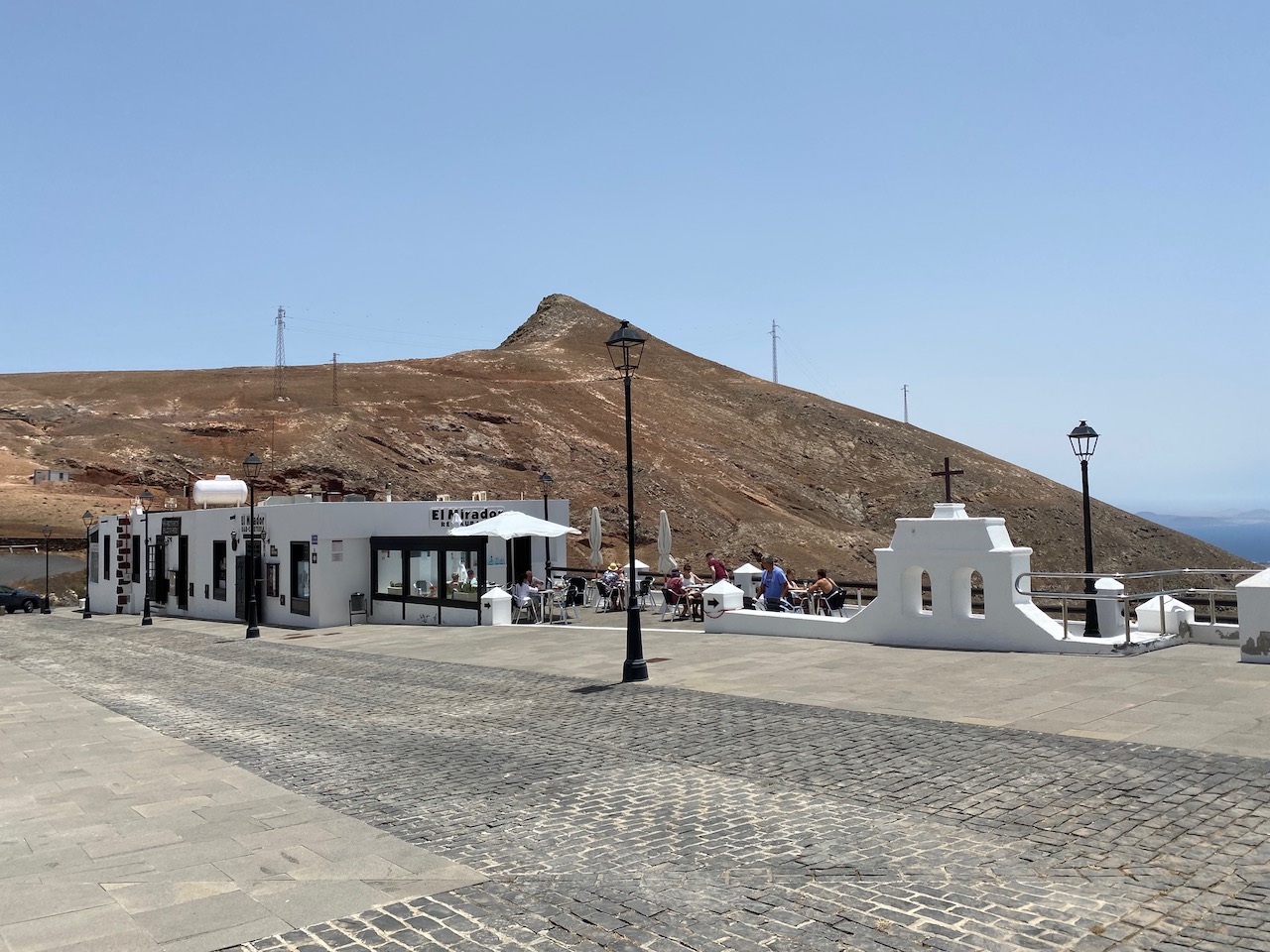 Balcón de Femés has one of the best views of any restaurant on the island, particularly if you are able to get a table on the balcony, after which the restaurant is named. You look straight down to the plain of Playa Blanca, with the ocean, Los Lobos and Fuerteventura in the far distance.

We visited on a Saturday lunchtime, and we were shown to one of the balcony tables, which are shaded from the fierce sun by umbrellas. The view is genuinely breathtaking.

Balcón de Femés has been there for 26 years, and has a long serving, knowledgable and very pleasant front of house team. The menu focuses on local Canarian produce, with plenty of sea food options, steaks, ribs, goats cheeses, local potatoes, salads and mojo sauces.

We had originally planned to order a selection of tapas dishes to share, but when our waiter explained the daily specials to us, we were immediately tempted to order a platter of freshly caught fish, simply fried.

When it came to the wine, he suggested a Femés white. Although we love our local wine, it’s one we’ve never seen before and he explained it’s a blended wine, using several varieties of grapes grown on the island, predominantly Malvasia and he duly brought us a bottle. It’s delicious – not totally dry, but light and perfect with fish. We even ordered a bottle to take home at the end of our meal.

Our platter arrived, and consisted of Barracuda, Bocinegro (common sea bream), Sama (red sea bream), and vieja (parrot fish.) On the side we had potatoes grown in Los Valles and tomatoes grown in Tinajo, and two dishes of very obviously home made red and green mojo. The fish was perfectly cooked, falling off the bone, but still moist, and generously seasoned, and the local veg was as good as I’ve had on the island. It was a magnificent feast and we both enjoyed each new fish as we tucked into them.

We don’t normally have dessert, but Julie couldn’t resist the sound of the local Femés yoghurt, served with almonds and palm honey, and I left her company with a creme caramel. The yogurt was spectacular – thick, like Greek yoghurt and super creamy. The creme caramel was home made and delicious, although the caramel wasn’t as burnt tasting as I like it to be.

All in all, it was a fabulous meal, and only enhanced by the location and the excellent and abundant staff.

The fish platter was good value at €18 per person, the desserts were around €4.50 and the wine €16.50 a bottle. Our total bill was €70 including coffee, and we were given a complimentary chupito.