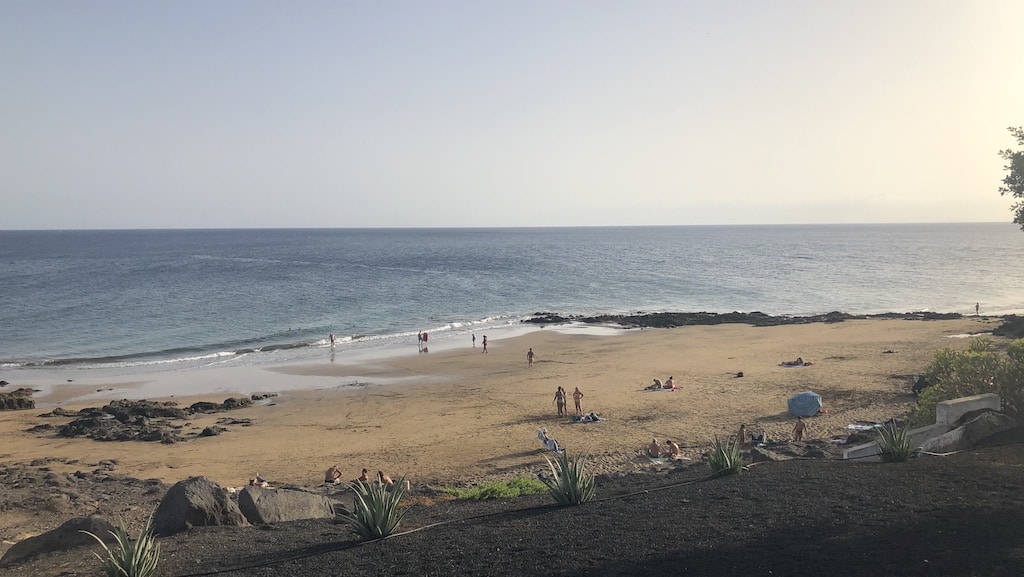 On Monday morning it was reported that the volcano in La Palma had stopped emitting smoke and lava, and that then volcanic activity has decreased dramatically. Binter Canarias has resumed flights to La Palma.

But by nightfall, it was confirmed about fissure had opened and the volcano was once again erupting.

The Cabildo of La Palma has set up accounts for donations to help the people of the island who have lost their homes. Bank transfers can be made to the account details below with the reference “Donación Volcán,” or they can be made to the code below via Bizum.

Hotels and apartments reached 60% occupancy during August, the highest level since January 2020.

Manrique Sculpture Should Be Installed in November

The sculpture of César Manrique, shown sitting on a bench, by Manolo González, should be put in place in Arrecife, in front of the Puerta de Bolas bridge in town.

Puerto Calero Road To Be Re-Surfaced

The road from the LZ2 down to Puerto Calero, which is rough in places, will be resurfaced within the next two months. The project, for 2.4KM of road will cost just under €900,000.

The huge new shopping centre being constructed in Arrecife finally has a name – Open Mall. It’s expected to open in autumn 2022, and here’s a video showing you how it’s going to look.

Plaza El Rincón in Yaiza has been renamed Plaza Antonio Armas Curbelo. Antonio, born in 1899 in Yaiza, was the founder of the shipping line Naviera Armas, which has been serving clients for 80 years with their ferry services.

The Cabildo has contacted the contractor responsible for the new promenade in Costa Teguise, and has asked for defects to the dealt with as soon as possible.

Reflecting the fast growing market in travellers to the island from mainland Spain, Iberia Express has increased the frequency of flights between Madrid and Lanzarote, which will average 14 per week during the winter.

The works are continuing on the area where the first Europeans settled in the islands, in Playa Blanca, in the 15th century. The remains of walls and buildings have been unearthed, as well as ceramics and aboriginal artefacts. Once complete, the area will be preserved and information boards put up.